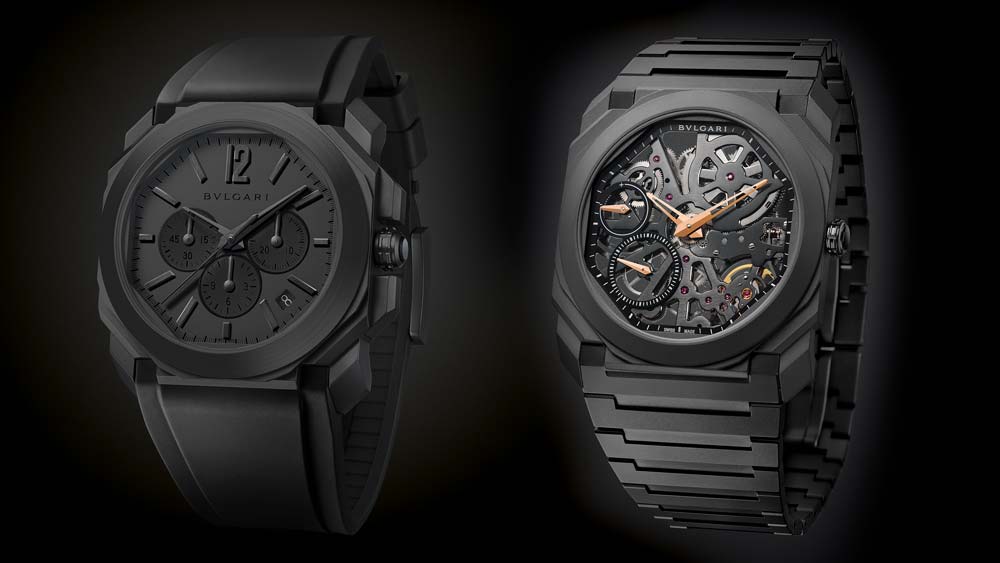 Bulgari goes back to black with the new Octo Ultranero timepieces

The latest additions to the Italian watchmaker’s well-regarded Octo series—a chronograph and a skeleton timepiece—are back in black.

Following its official partnership with watch customizer Bamford Watch Department (BWD), Bulgari took note of BWD’s popular all-black aesthetic and gave the same treatment internally to its Octo Ultranero model, proving that dark, minimal styling is a perennial favourite. (The Bulgari Octo Solotempo and Octo Velocissimo are available in all black at BWD.) Two new Octo Ultranero editions, which were recently unveiled from Bulgari, up the ante on the all-black offering.

Part of the brand’s well-regarded Octo series, which was unveiled in 2012, the two Ultranero editions—the Octo L’Originale in a chronograph version and the Octo Finissimo Skeleton – feature the collection’s signature eight-sided silhouette. They also betray the brand’s unique pedigree, which combines Italian design with Swiss craftsmanship. Housed in octagonal stainless steel and sandblasted titanium cases, respectively, each model is treated with jet-black DLC (diamond-like carbon), which lends the pieces a sleek, timeless appeal. 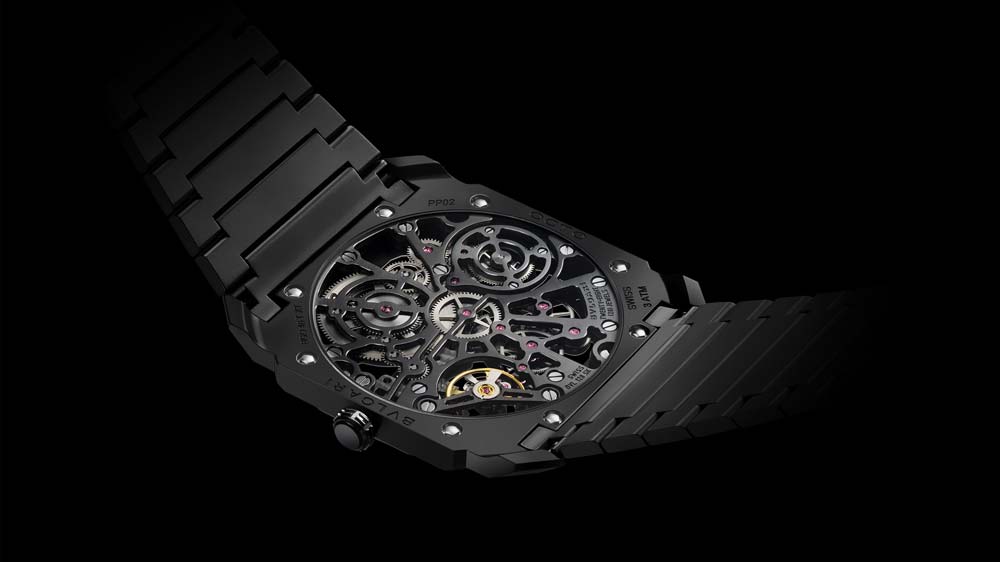 With its handy chronograph functionality, the 41 mm Octo L’Originale is an instrument watch with an attractive graphic facade thanks to the V-shaped layout of its three counters—minutes at three o’clock, hours at six o’clock, and seconds at nine o’clock. The model owes its stealthy good looks to its black rubber strap, matte-black dial, and black hands, numerals, and hour markers.

The detailed open worked dial of the skeleton timepiece, on the other hand, provides a direct glimpse of the Finissimo BVL 128 SK calibre, a manufacture hand-wound skeleton movement measuring just 2.35 mm thick and boasting a power reserve of 60 hours. The watch comes in a 40 mm DLC-treated black titanium case fitted with a black titanium bracelet.