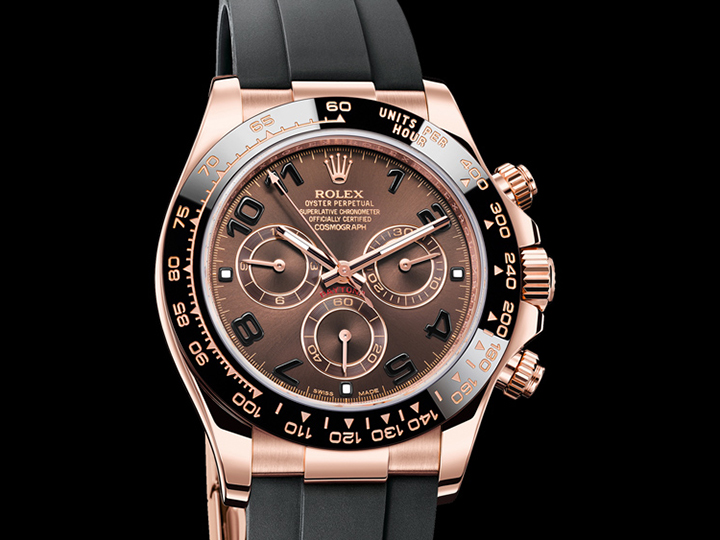 Brown is the new black: ten of the best brown dials in 2017

Brown dials have seen a bit of a boom of late, and the last year or two have yielded some remarkably appealing executions.

Brown dials are a bit of an obscure proposition in watchmaking, as they are both difficult to execute well, and often seen as an acquired taste. Black and white are oft the go-to for those wanting understated versatility, whereas those looking to make a statement often lean on more colourful offerings. That said, brown dials have seen a bit of a boom of late, and brands big and small have gotten onboard. The last year or two have yielded some remarkably appealing executions, including the five selections included in this list. MB&F officially killed off the LM1 earlier this year, with its replacement expected in October. As a final send-off, it was re-released in a very limited run of 18 pieces in steel with a muted brown dial ($US79,000 or $A99,100). Though not entirely sold out yet, this limited-edition piece is expected to be one of the most collectible of the series as time goes on. It’s been said for some time that H. Moser’s fumé dials are second to none, and this beautiful sunburst brown is a prime example of the brand making magic out of the banal. The Venturer Big Date ($US29,000 or $A36,400) is powered by an in-house hand-wound calibre fitted with the brand’s patented interchangeable Moser Escapement, and a pair mainspring barrels that deliver a seven day power reserve. Launched in 2016, the redesign of the Overseas collection from Vacheron Constantin received much acclaim for its refreshed looks, new calibers, and ingenious quick-changing strap system. While the blue-dialed variant of the chronograph was the belle of the ball, this chocolate brown version ($US29,300 or $A36,750) is equally appealing. Urban Jürgensen has flown a bit under the radar over the years, though given their exceptional craftsmanship and finishing we remain surprised that they don’t garner more attention. This beautiful rose gold Reference 1140L features a jaw-dropping hand finished Guilloché dial that takes two full days to produce. We recently featured an anthracite version of this Greubel Forsey gem as our watch of the week, and alongside that version the platinum cased chocolate dial was presented in early 2017. Much like its sister piece, this version features a more slender case than other pieces from the firm, with a sapphire dome on the caseback that allows extra clearance for the tourbillon. Artya’s catalog is packed with varying levels of peculiarity, including the Son of Earth collection features dials derived from natural materials, including butterfly wings, fish scales, natural pigments, and even the tobacco leaf seen here ($US7250 or $A9100). We’ve seen a few brands work with cigar brands in the past, including Hublot and Zenith, though we’ve yet to see a tobacco leaf dial with this level of detail and texture. As you may recall, we were big fans of the latest iteration of the Rolex Daytona Oysterflex when it visited the office for review, though at the time we were unaware that it also came in this rich shade of chocolate brown with Arabic numerals ($US28,800 or $A36150). The new variant of the iconic chronograph includes the same new features as its siblings — a Cerachrom bezel in black ceramic, and Rolex’s excellent new Oysterflex rubber bracelet.

Falling in the same vein of unique appeal as Artya’s tobacco leaf dial, Hublot has leveraged the leather masters of Berluti on this 2016 release. The Classic Fusion Berluti Scritto comes in a handful of variations, though we’re particularly fond of the chronograph version seen here. Each of the Scritto version also come in a beautiful presentation box covered in matching etched leather. Just recently Linde Werdelin decided to reissue the previously discontinued 3-Timer in a 33-piece special edition, fittingly in a matte brown dial with army-inspired charm. The original variants of the piece date back to 2009, when an initial run of brown dials sold out within a month of hitting the market. Distinguishing this reissue from the original, Linde Werdelin added a subtle red accent to the 3-Timer’s GMT hand. While far to the more affordable end of the spectrum, this limited edition of the Zodiac Super Sea Wolf 68 in bronze ($US2095 or $A2600) is a hat tip to one of the brand’s classic divers from a bygone era. Only 82 examples are being produced in bronze, all powered by a COSC-certified automatic movement. Dive watch fans will appreciate the design of its clever spring-loaded locking unidirectional bezel, not to mention its 1000m dive rating.