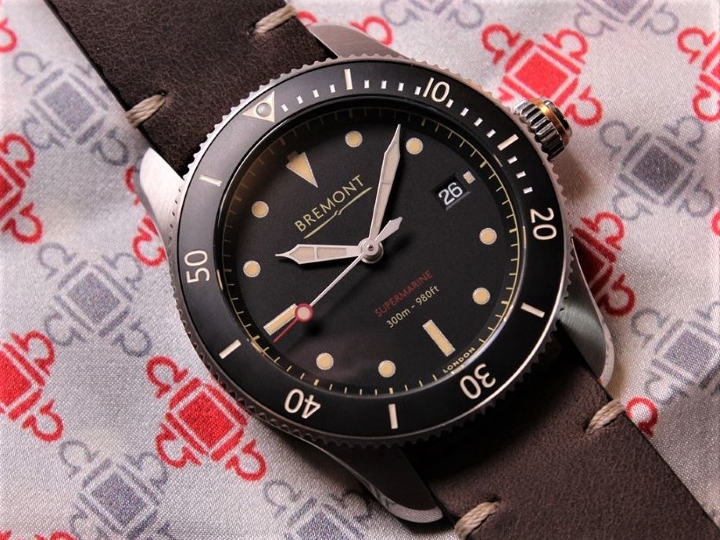 In a bold (and rather brilliant) manner, the British watchmaker took a different approach to introducing its latest batch.

In a bold (and rather brilliant) manner, British watchmaker Bremont took a very different approach to introducing its latest batch of watches for 2017.

Taking over a beautiful multi-level townhouse in the heart of London, the brand built out a series of vignettes highlighting everything from its partnerships with Jaguar and Norton, to its extensive work with a number of military regiments from around the globe.

“We’ve done Basel in one form or another for basically a decade now, and it’s a model that works well for the Swiss watch brands, but that’s the thing — we’re not Swiss,” stated Bremont cofounder Nick English during the event’s kick-off. “Rather than getting lost in the masses of the show, we thought we’d take a gamble, and showcase our pieces on home soil, and in a more intimate environment.”

By all accounts, it would seem the approach paid off, as journalists from around the globe flocked to London over the course of the week to admire Bremont’s latest additions to its ever-growing catalogue. However, before we get to the new collection, there is another big piece of news to discuss regarding the brand’s not-too-distant future — the impending groundbreaking on a massive new watchmaking facility in Henley-on-Thames, England. (bremont.com) Bremont has been slowly working its way toward opening a proper in-house movement manufacturing facility for some time now, and after much preparation, the plans have been approved for the brand to begin work on an expansive new facility (expected to be between 25,000 and 35,000 square feet, depending on a pending variance application). The company expects to break ground in the next few weeks, and pending any major delays, it is targeting a late 2018 or early 2019 completion.

With the new facility up and running, fully in-house-manufactured movements will be but a short step away. As it stands, the brand is using Swiss-supplied COSC Certified movements that it then modifies prior to assembly. Given the significant move toward in-house production across the luxury watch industry, this is a smart move on its part, and with Stephen McDonnell (known for creating the movement in the MB&F LM Perpetual) in charge of movement design, the brand will certainly have a good leg up. Of the many highlights to roll out, the pieces that the enthusiast community rapidly glommed onto in droves are these new vintage-inspired Supermarine models (from $US4095, or about $A5400). Previously only available in 43 mm case sizes, the new models trade 1660 feet of depth rating in favor of a more svelte 40 mm case — making the pieces much more wearable for the many collectors who are either more used to smaller vintage timepieces or simply do not have large enough wrists to handle the bigger case size.

Interestingly, the “Type 300” nomenclature sticks to the brand’s aviation heritage as a nod to the build code of the original Spitfire prototype that bore the same name. The pair of black dials certainly pay a slight nod to a number of classic vintage dive watches. However, mating this design language with Bremont’s Trip-Tick case design makes the Type 300/301 stand out from the pack. The America’s Cup AC35 ($US22,495, or about $29,650), the latest addition to Bremont’s collection celebrating sailing’s biggest race, is an evolution of the original three-hand AC1 and another example of the trend of drawing inspiration from vintage timekeeping. Blued hands, an oversized onion crown, and the switch from central seconds to a dedicated subdial at nine o’clock all give the AC35 a very distinct look when compared to its counterparts. It also has an added layer of exclusivity, as the piece will be produced in a limited run of 35 to commemorate the 35th running of the America’s Cup regatta. These compact polished-steel-cased models (surprise) also have a fairly vintage feel to them, being offered in both matte black with luminous indices and a more subtle anthracite dial with applied polished nickel Arabic numerals. These new pieces add to Bremont’s entry-level range, coming in at $US3895 (or about $A5135) for leather straps. For a steel bracelet, Mach1 and Mach2 are about $US5000 and $US4500, respectively.