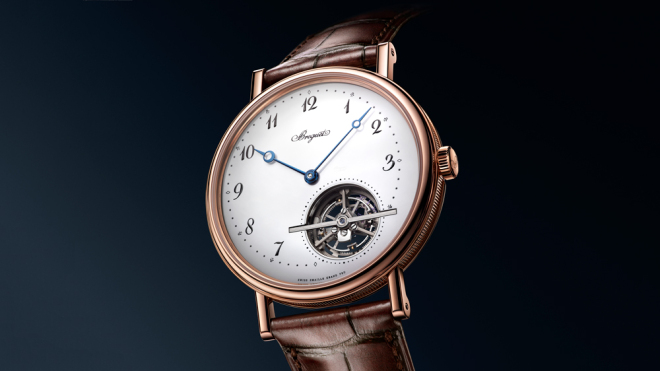 When Breguet’s Classique Tourbillon Extra-Plat 5377 was first unveiled in 2013, it came with a handmade guilloché dial, power reserve indicator, roman numeral hour makers, and was rather slim at just 7 mm thick.

Other watch companies raced to put their own spin on ultra-thin—most recently Bulgari’s Octo Finissimo Tourbillon took the crown as the thinnest automatic tourbillon in the world—but Breguet’s remains the most classically elegant of the group.

This year the Swiss watchmaker chose to take a minimalist approach to the Classique Tourbillon Extra-Plat with its new 5367 reference by getting rid of the power reserve indicator and introducing a pared down Grand Feu dial. 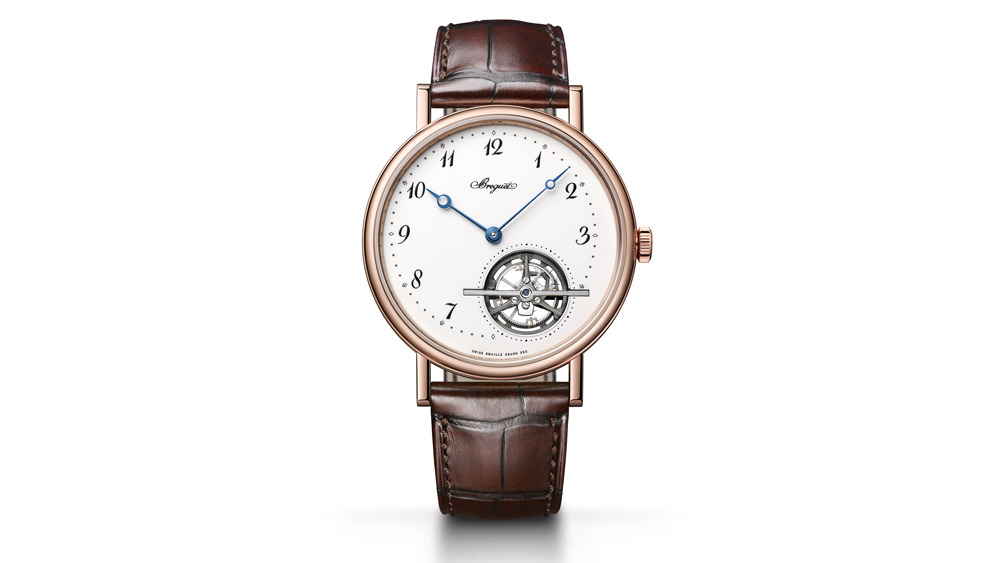 Well-done Grand Feu dials can be a covetable design element at this level. While Breguet’s guilloché dials carry historical weight—Breguet began using the decorative technique on watch dials in 1786—the watchmaker’s history with enamel dials featuring Arabic numerals dates back to its inception in 1776.

The Arabic numerals on the chapter ring on the 5367 are off-centered, a design (revolutionary at the time) first introduced by Abraham Louis Breguet in 1812. 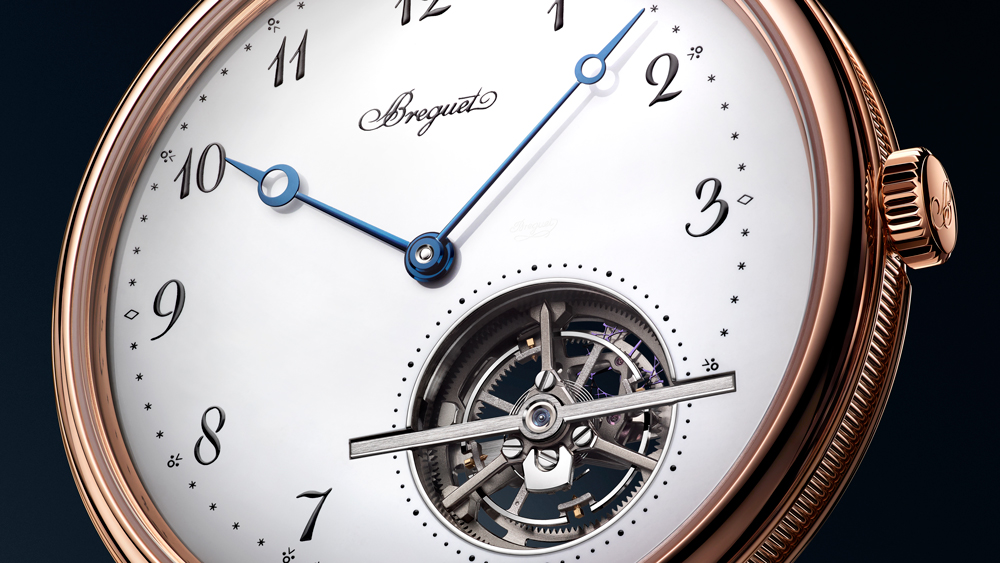 The clean dial and off-set numerals highlight the timepiece’s grand complication. A hand-beveled tourbillon bar topped by a spinel accentuates the face, while closer inspection of the tourbillon reveals a hand-engraved barrel, bridges, and a platinum oscillating weight.

While the movement is still 3 mm like its 5377 predecessor, the new 42 mm 5367 in ever so slightly thicker at 7.45 mm instead of 7 mm. Its calibre 581 movement boasts 80 hours of power reserve—a feat achieved at its 3 mm height through a patented high-energy barrel that augments the energy storage.

The Classique Tourbillon Extra-Plat Automatique 5367 is available in rose gold or platinum with a mahogany brown or blue alligator strap.