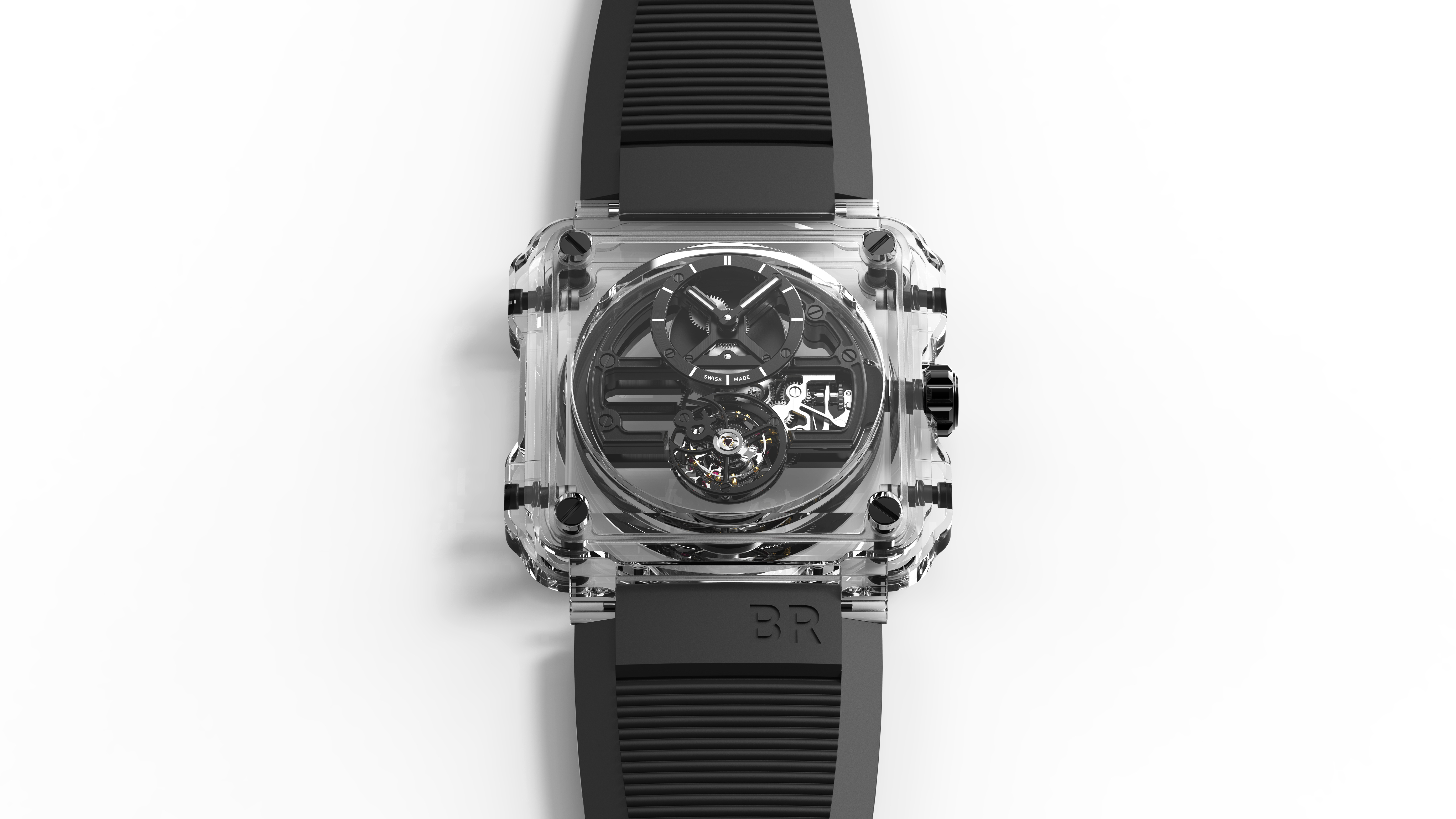 Bell & Ross, noted for its aviation connotations, is soaring ever higher as a watchmaker. Today at Baselworld, Bell & Ross releases a further evolution of the transparent, skeletonised BR-X1 Chronograph Tourbillon Sapphire that first appeared in 2016 – this latest iteration exploiting the notions of transparency and light even further, with delicate applications of colour.

The innovation also extends to the retailing of this very special piece, with two of the very limited production of just six pieces to be sold exclusively online, at US$480,000. 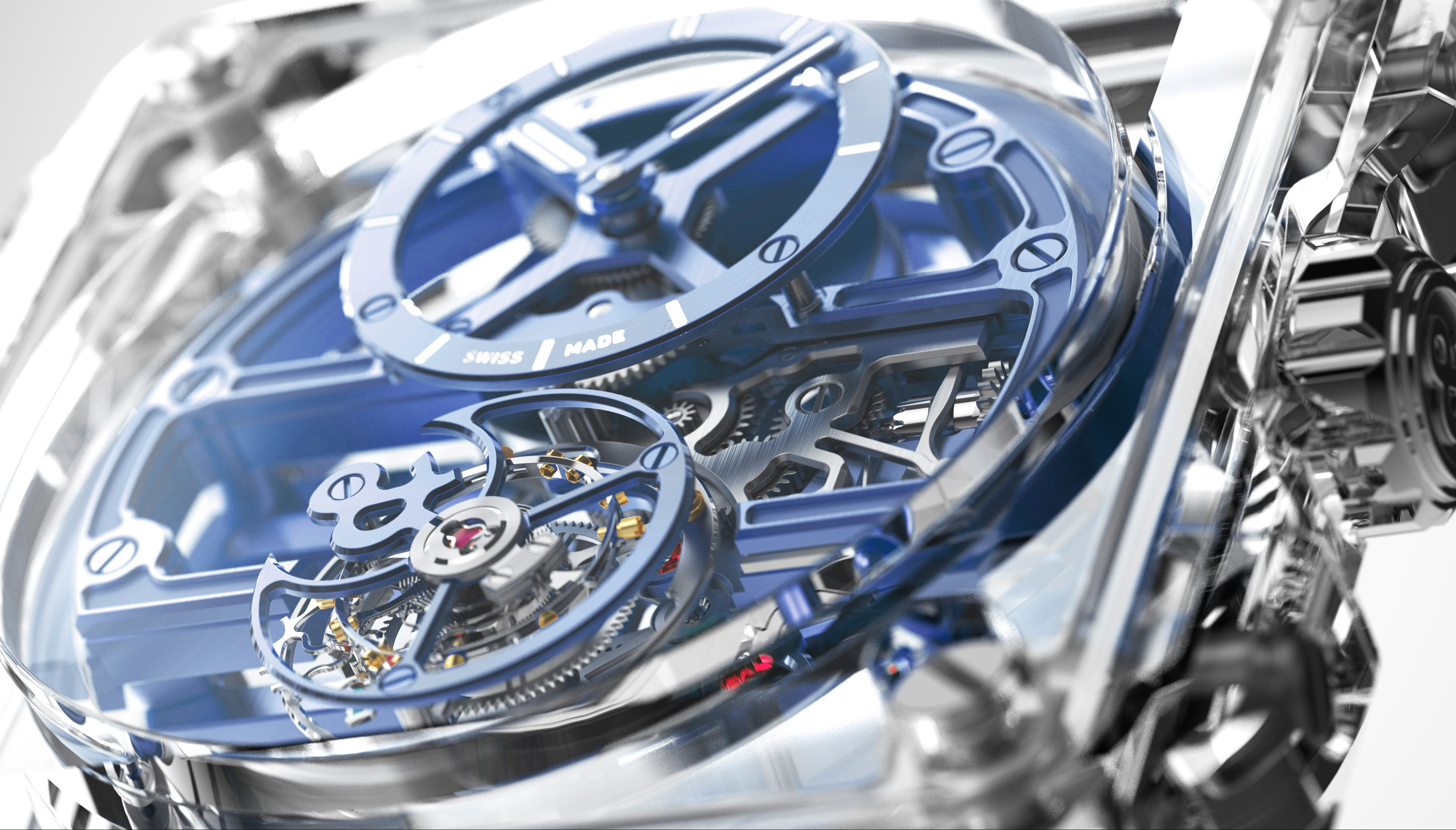 The BR-X1 Chronograph Tourbillon Sapphire is the culmination of B&R’s recent explorations in transparent cases and higher-end complications, such as the flying tourbillon. In this latest iteration, for the production of six pieces, Bell & Ross selected three colours – each applied monochromatically to just two finished pieces. 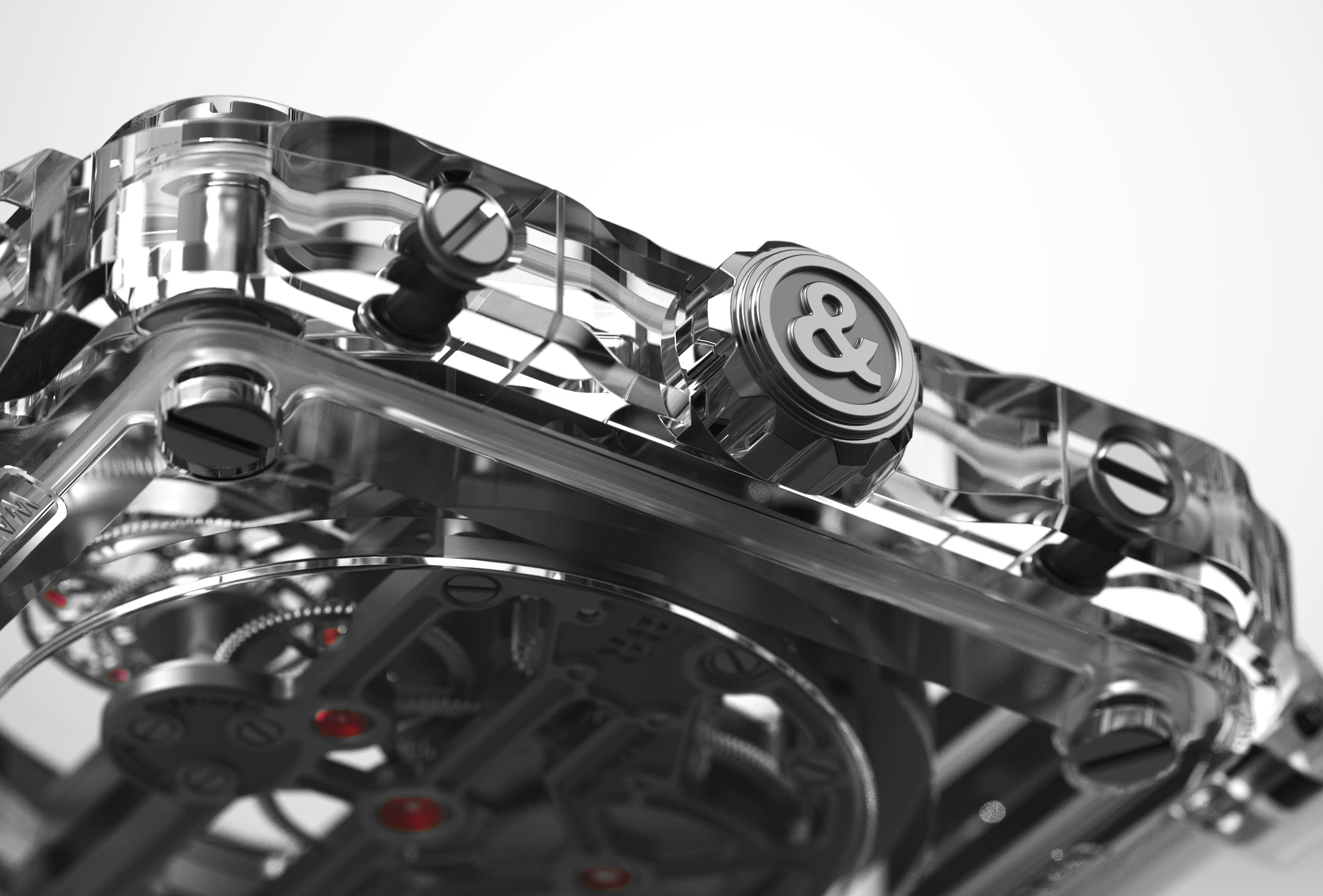 Each single hue is used for the watches’ main plate, the openworked bridges, dial, hands and tourbillon.

Black is somewhat of a signature colour, given Bell & Ross’s inspiration from aircraft instruments. Married with the technically challenging sapphire case, the effect is one of slightly sinister jewellery, with the rubies in the tourbillon cage providing the only pinpoints of colour. 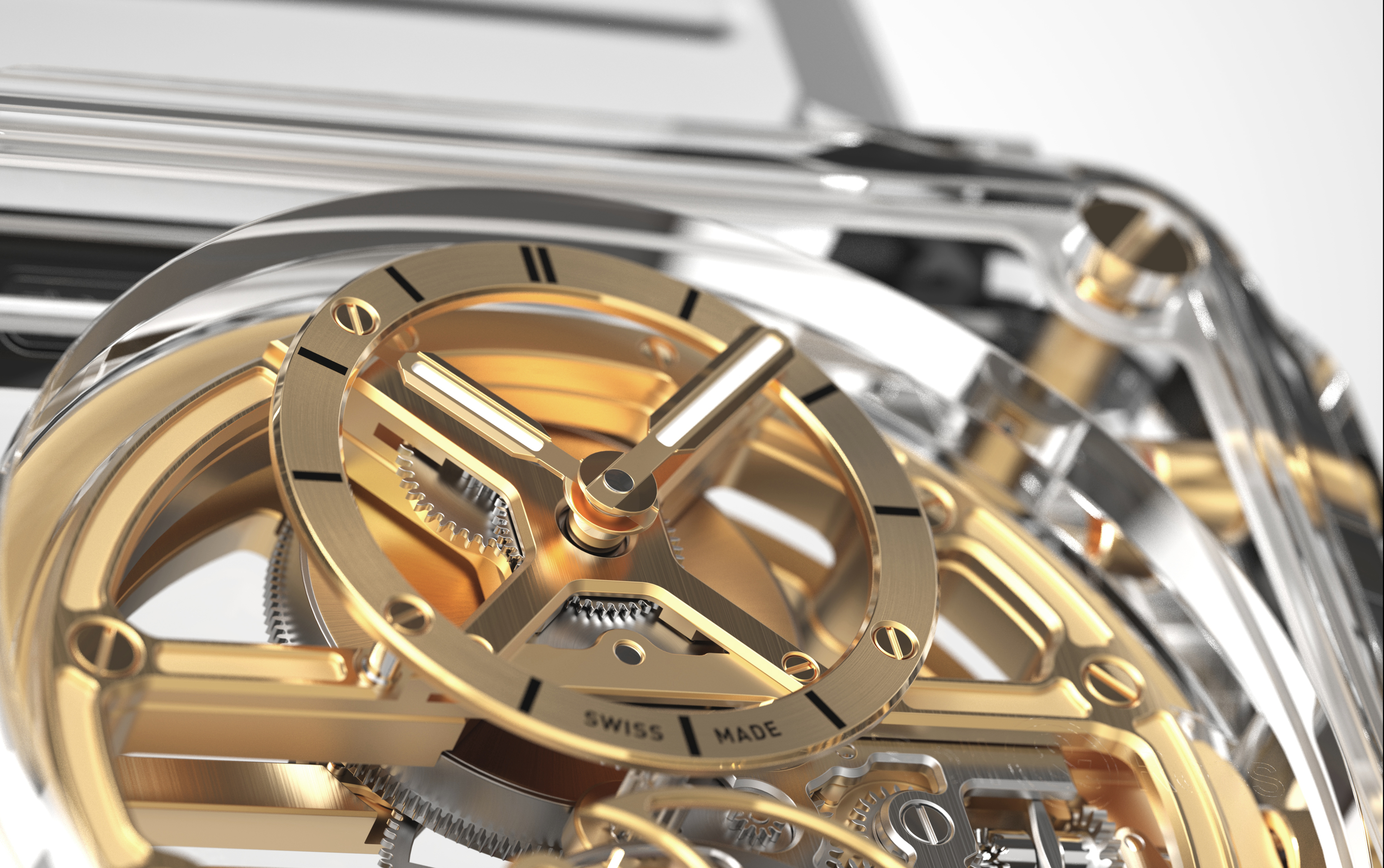 Bell & Ross was one of the first watch brands to create a website as long ago as 1999, and was again at the forefront of e-commerce when it opened its European online boutique in 2008 and American site the following year. The black example of the BR-X1 Chronograph Tourbillon Sapphire is offered online exclusively through B&R’s own website, while the blue was offered via brand partner, Mr Porter.