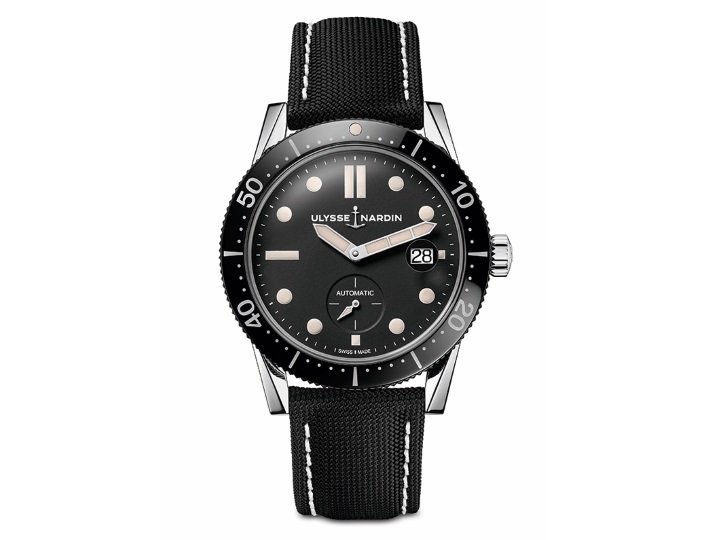 The Ulysse Nardin Diver Le Locle is a smartly executed reissue that only minimally strays from the original piece’s design.

The Ulysse Nardin Diver Le Locle — based on one of the brand's 1960s-era dive watches — is a true-to-original vintage design powered by a cutting-edge movement.

Resting within its '60s-style case and dial beats the brand's in-house UN-320 automatic movement, which boasts a silicon escapement and hairspring as well as a special quick-setting date function that can be set both forward and backward (most other calibres can only be set in one direction).

While some may scoff at its rather modest 100-metre water resistance (half the original piece's rating), it is more than adequate for the recreational wear these watches will see from the majority of buyers.

The announcement of this new release came as a bit of a surprise, as Ulysse Nardin does not typically jump on a trend bandwagon. That said, given the depth and breadth of its historical archives, the Diver Le Locle is a smartly executed reissue that only minimally strays from the original piece's design.

Its dial, hands, bezel, and case design are all true to the original (aside from the switch to a small seconds subdial at the six o'clock position). To appeal to contemporary tastes, the case size has grown to 42.2 mm from the original's 38 mm, though the increase is small enough that the piece does not come across as oversized.