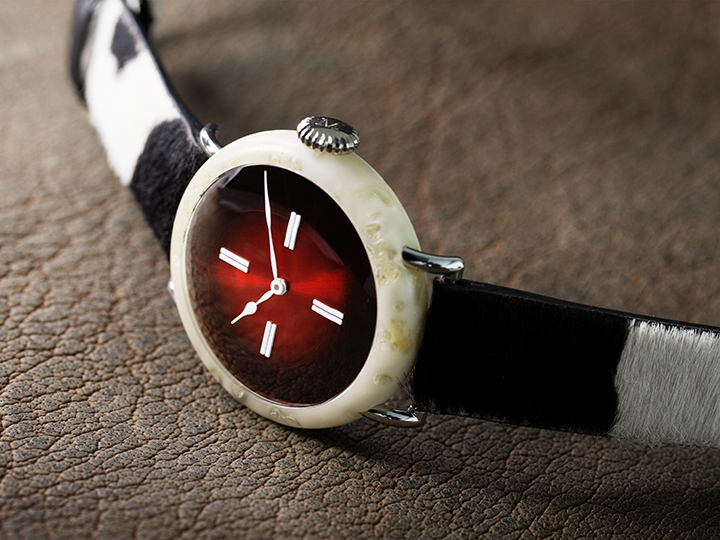 A lean time, yet lavishness lives on

Salon International de la Haute Horlogerie Genève, or SIHH, has traditionally been the indicator for the year’s trends in time. The clear consensus at the 2017 gathering was that watchmakers are responding to a tough market and iffy global economy by reining in margins and providing better value in the everyday luxury price range.

Thankfully, that’s not to say there’s little for horological heavy-hitters to look forward to, when it comes to spending six figures. Or maybe seven. Nudging into the latter million-plus category was Richard Mille’s priority 2017 launch, the RM50-03. It featured a hand-wound tourbillon, split-seconds chronograph (with skeletonised movement in titanium and carbon), in a case of carbon-fibre impregnated with the nano-material graphene. Made in collaboration with Richard Mille’s long-time F1 partner McLaren, the watch weighs in at under 40g including its strap, and is, Mille claims, the lightest mechanical chronograph ever made. Its case is claimed to be 200 times stronger than steel, yet six times lighter. Just 75 will be made, at a price outweighing that of most McLaren cars. Another motorsport-inspired piece, created in a limited edition of eight, is the Roger Dubuis Excalibur Spider Pirelli Double Flying Tourbillon. It features a 47mm black DLC titanium case, mated to a strap hewn from the tyres of the 2016 Monaco Grand Prix-winning car (a Mercedes-AMG – partnered with Richemont stablemate IWC). From the blacktop to the deep blue sea … After exploring auto, aero and astro cues, the reliably unconventional MB&F launched its first nautical-inflected creation, the Horological Machine 7 (or HM7) ‘Aquapod’. It’s a stunning piece of tourbillon-equipped science fiction which, in spite of its jellyfish shape, diver-style bezel and rubber strap, is only water-resistant to 50m and thus unsuitable for taking seriously into the swim. One may bathe all day, however, in its luminescent charms. Many very expensive watches can turn out to be cheesy, but few are intentionally made that way. Created as a satirical statement against the increasing lenience around the ‘Swiss Made’ appellation, H. Moser & Cie has built a one-off timepiece that could not be more Swiss, with a red fumé dial suggesting the Swiss flag, a fully Swiss hand-wound in-house movement, a strap of Swiss cowhide … and a case made of chemically hardened Swiss cheese. The price of this willfully fromage-laden curiosity? One million Swiss Francs – proceeds from which will be used to create a fund supporting the preservation of Swiss watchmaking craftsmanship. The antithesis of cheesiness, Vacheron Constantin’s Les Cabinotiers Symphonia Grande Sonnerie 1860 is the very essence of elegance in form, function, sound and vision. A Grande Sonnerie watch chimes the hour and quarter-hours as they pass. Until very recently, this exceedingly challenging complication was the sole province of pocket watches. Only a handful of watchmakers today possess the savoir-faire to execute the complication – particularly within the confines of wrist-worn sizing – and despite a history stretching back to 1755, the Symphonia is in fact Vacheron’s first ever Grande Sonnerie wristwatch. Its white-gold case and restrained dial are as elegantly minimal as the 727-part movement within is intricate – and the million-plus price tag appropriate. Greubel Forsey also presented a Grande Sonnerie at SIHH, adding a tourbillon within a similar, seven-figure price point. While not a pièce unique like the VC, nor strictly a limited edition, the titanium-cased Greubel Forsey Grande Sonnerie will be produced in quantities of perhaps as few as five annually. A rare pleasure. Though infrequently spotted in everyday life, tourbillons are a common sight in the six-figure horological stratosphere. Artisanal watchmaker Laurent Ferrier used to keep his subtly hidden from view, observable only through his timepieces’ sapphire crystal caseback, but has bowed to consumer pressure and delivered an iteration of his Galet Classic with the tourbillon visible through the dial. Piaget, master of the super-slim timepiece, has for the first time introduced a tourbillon to its ultra-svelte Altiplano family, still measuring a mere 4.6mm thick. This Cartier timepiece’s titanium case is hollowed out to ensure the repeater’s sound is as layered, distinctive and rich as the gentlefolk drawn to this limited-edition – or indeed any of the aforementioned fine timepieces.