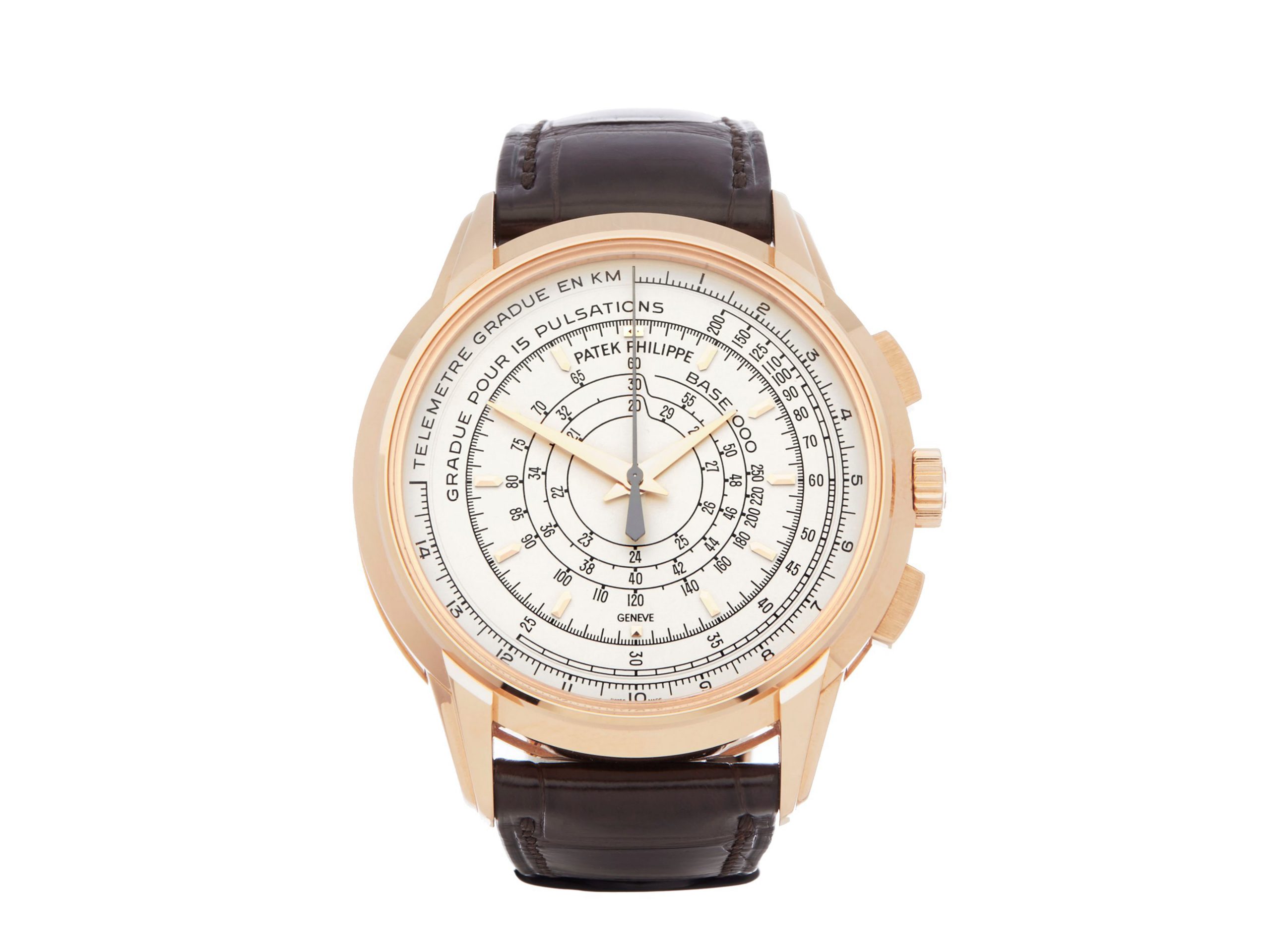 The chronograph was created in 2014 as part of the Geneva watchmaker’s 175th anniversary collection.

Second, the model was part of the Geneva watchmaker’s much-ballyhooed 175th-anniversary collection in 2014; Clapton was reportedly invited to buy it.

Offered in a limited edition of 400 watches, the commemorative chronograph was one of the highlights of the anniversary collection. With its three logarithmic scales—a tachymeter, telemeter and pulsimeter, used to compute speeds, distances and heartbeats per minute, respectively—the model is a throwback to an era when multi-scale features such as these were routinely used by professionals. In its press release, Patek Philippe described the piece as “an attractive homage to the history of the manufacture and of time measurement.”

The automatic model, which is listed on Xupes for £84,999 (about $150,000 at current exchange), comes on a brown alligator leather strap, in a box complete with manuals, 175th-anniversary medal and guarantee dated January 22, 2015.

Although it’s not clear how Xupes.com acquired the piece, it’s not the first time one of Sir Clapton’s watches has surfaced on the secondary market. In May, Phillips’ Hong Kong auctioned a yellow gold Rolex Daytona that once belonged to him for about $51,000 (roughly $71,000). 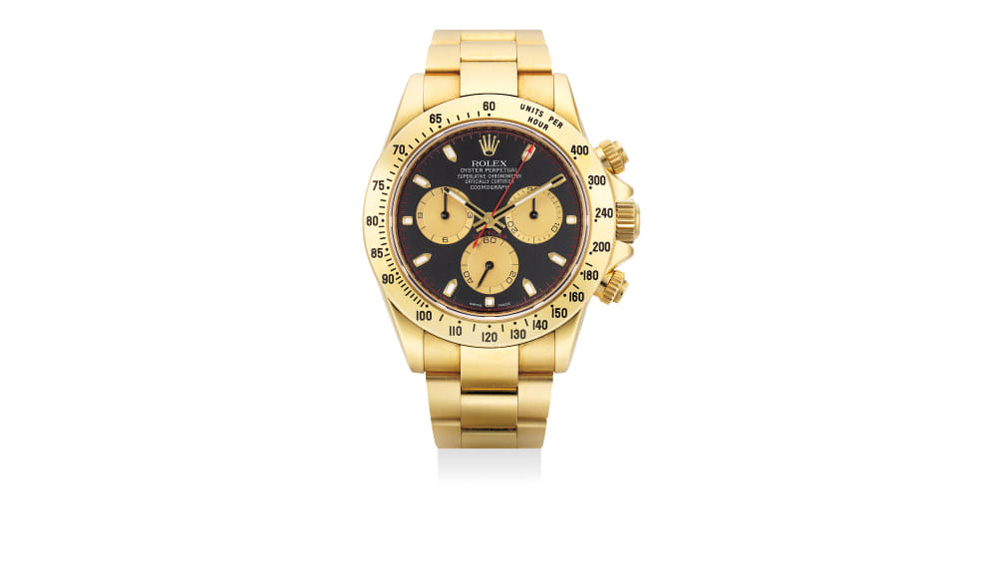 The sale notes spelled out what watch lovers know as gospel: “While the fame of Mr Clapton is of course linked to his music—he is considered one of the best guitar players of all times—in watch collecting circles, his collection is as legendary as his guitar skills, having owned some of the most remarkable modern and vintage timepieces to have appeared on the market.”

The notes went on to cite a few of Clapton’s best-known models, such as the Patek Philippe Ref. 2499 in platinum, “a unique Patek Philippe 5016 in white gold with bracelet” and the Rolex Daytona Ref. 6263 “Albino,” a 1971 steel chronograph with a silvery dial that smashed records when it sold at Phillips’ May 2015 sale in Geneva for $1.4 million (around $2 million Australian).

Anyone interested in seeing the Patek Philippe Ref. 5975 in person can visit Xupes’ retail location in a restored 17th century Wheat Barn in the historic market town of Bishop’s Stortford, located about an hour’s drive northeast of London in Hertfordshire.