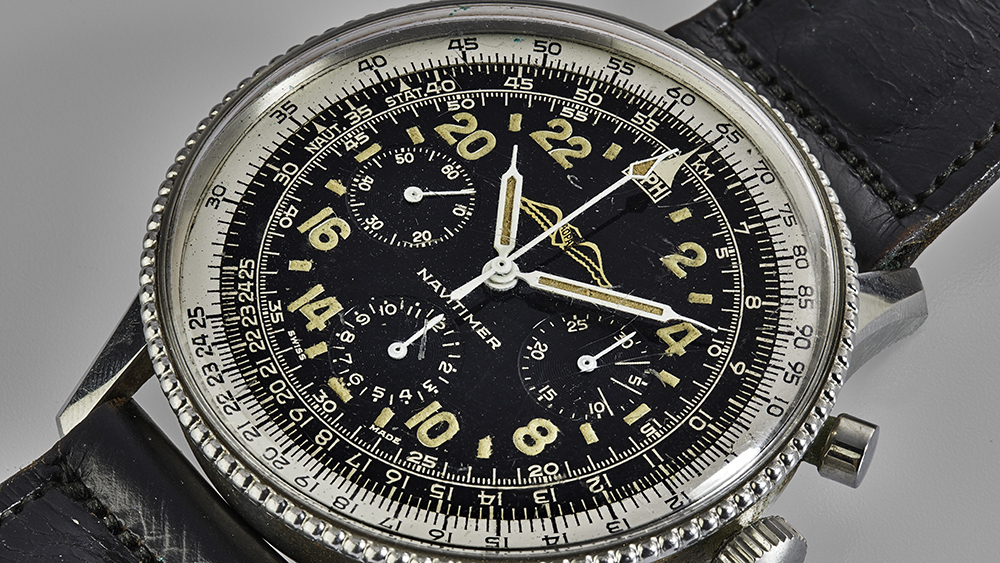 Because haven’t you had enough of Rolex Daytonas?

Grail watches are called grail watches because everyone’s chasing them. Even casual collectors know enough to lust after a Patek Philippe 1518 or a Rolex Paul Newman Daytona. But these collectors’ darlings are all about low-key cachet, with the type of insider cred that will prompt a double take from true aficionados. Because if you know, you know.

Breitling’s re-edition of its original 1959 Navitimer Ref. 806, created in partnership with noted Breitling collector and historian Fred Mandelbaum, was one of 2019’s biggest releases, and early editions of the iconic pilot’s watch are already worth a look. But the Ref. 809 Cosmonaute model is extra-special: Worn by American astronaut Scott Carpenter, who requested modifications such as the 24-hour dial, wider bezel and simplified slide rule, it was the first Swiss chronograph taken into space, as part of the Mercury-Atlas 7 mission in 1962. Fewer than 30 examples were produced, and Carpenter’s original was lost. Paul Boutros, head of watches for the Americas at Phillips, says an “identical model and configuration,” manufactured in June 1962 and worn by another Mercury- Atlas 7 astronaut, sold for approx. $228,400 at the auction house’s Game Changers sale in December. Boutros says, “Its rarity, remarkable state of preservation and impeccable provenance make it among the most important Breitling watches ever to appear at an international auction.”

You may notice this watch looks suspiciously similar to Blancpain’s Fifty Fathoms diver, invented in 1953. That’s because in the 1960s, Blancpain—known at the time as Rayville, following a name change several decades prior—manufactured the TR-900 for the US Navy’s Experimental Diving Unit, to be used by the elite Underwater Demolition Team, a group that would later evolve into the Navy SEALs. Due to the Buy American Act, which promoted the use of domestic equipment, the name of the US distributor, the Allen V. Tornek Co., was added to the dial. Just 1,000 were produced, and most were lost in combat or destroyed by the navy; only between 30 and 50 examples are believed to still exist.

“The Tornek-Rayville is the ultimate sleeper grail military watch,” says vintage-watch specialist Eric Wind, of Wind Vintage. “It’s something only top vintage- watch experts would recognize on your wrist.” Surviving models have recently sold at auction for up to $220,000

An Abercrombie & Fitch Seafarer Ref. 2443 from the brand’s heyday. Courtesy of Christie’s

The Abercrombie & Fitch name may rightly conjure shopping centre-cruising adolescents, or your very first cologne (don’t be ashamed), but it was once a purveyor of fine adventure gear and watches, catering to explorers like Amelia Earhart and Charles Lindbergh. Ernest Hemingway was even known to buy his hunting equipment there.

This Seafarer was created for A&F by Heuer in 1949 and remained a niche production model through the 1970s. The watch was aimed at hunters and fishermen with the inclusion of a tidal indicator—basically, a moon-phase complication that helped time expeditions according to the Solunar Theory, a scientific hypothesis that suggests fish and other animals move according to the position of the moon. The Ref. 2443 also comes with a regatta-countdown subdial that clocks the 15 minutes before sailors can cross the starting line of a yacht race. This watch sold at Christie’s in 2016 for approx, 42,000, more than twice its top estimate, and is coveted even by serious collectors used to shelling out six figures and more.