These watches are—you guessed it—out of this world.

Maybe it’s the looming 50th anniversary of the moon landing on July 20, the perennial popularity of astronomical watches or merely a growing appreciation for shimmery metallics. Whatever the cause, luxury watchmakers are gravitating toward meteorite, a rare, distinctive and unusual material that lends the face of a timepiece a one-of-a-kind, galactic-inspired edge. Meteorite dials are so popular, in fact, they’ve even been spotted at trend-averse Rolex. Below, five new-for-2019 timepieces featuring a tangible connection to the heavens. 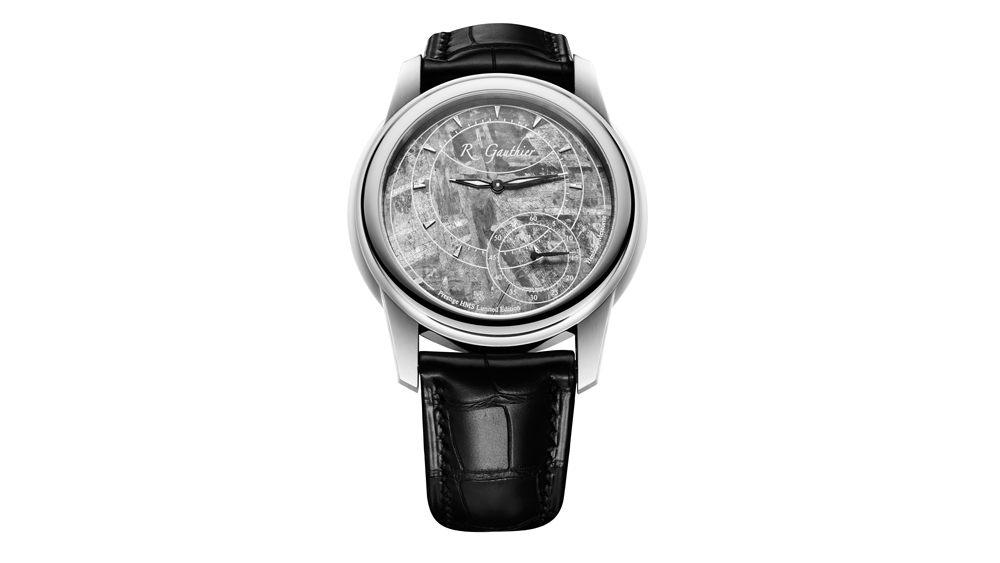 The story behind the meteorite on the dial of the new Prestige HMS Stainless Steel from independent watchmaker Romain Gauthier begins in Australia’s Northern Territory in 1931: that was the year the Henbury meteorite, and the crater field it created, was discovered. Distinguished by coarse intersecting bands of nickel-iron crystal (aka the Widmanstätten pattern), the silvery shard is contained within a sleek 43 mm case. Available in a very limited run of just 10 pieces, it retails for around $97,000. 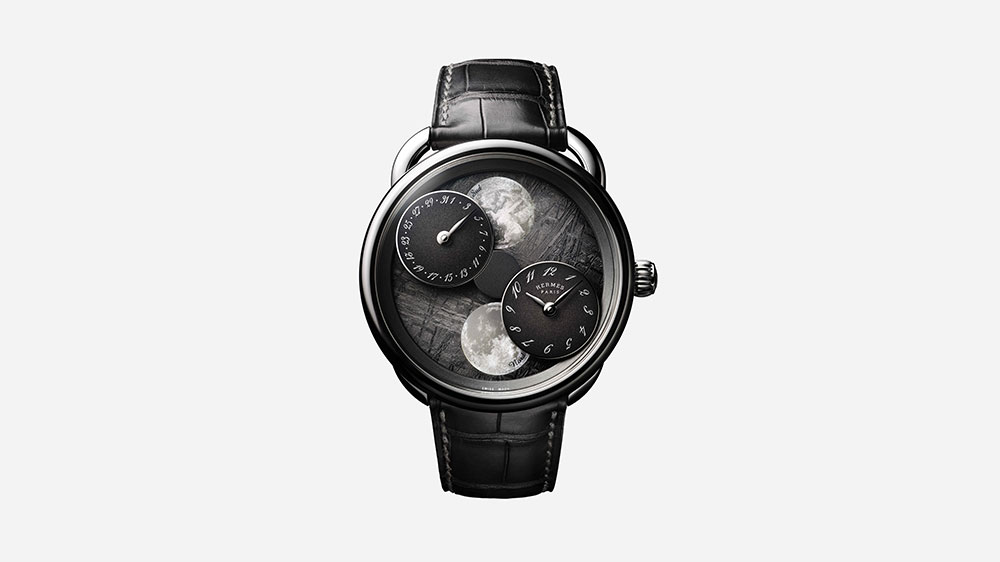 The epitome of elegance, Hermès’ new Arceau L’Heure De La Lune watch was a major talking piece at this year’s Salon International de la Haute Horlogerie in Geneva. Its twin hemispheric moon phases in mother-of-pearl are framed by a backdrop of either aventurine or meteorite, for roughly $36,000. Take one guess as to which is our favourite. 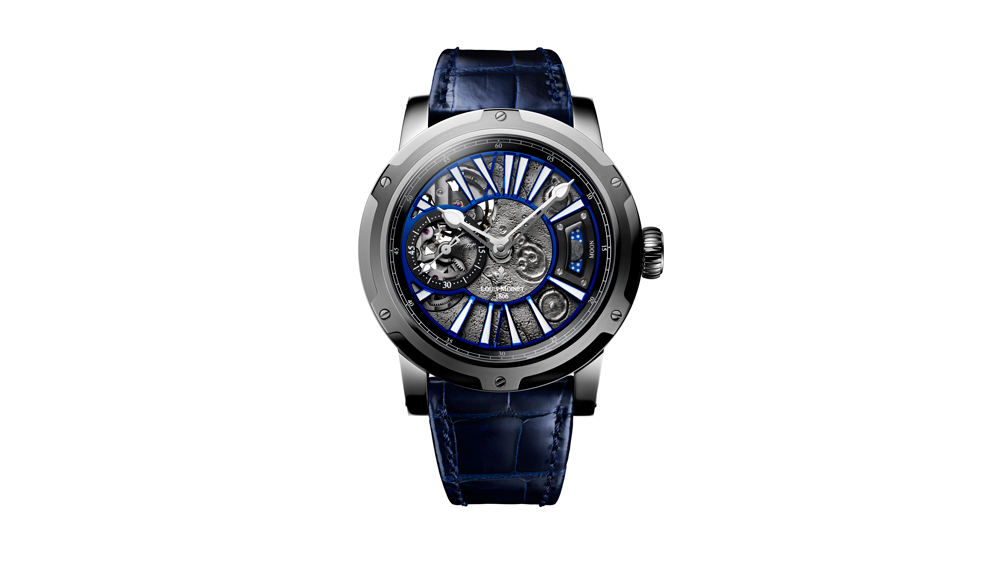 Famous for making watches inspired by stellar associations, Atelier Louis Moinet is back at it with its new Moon watch, in honour of the Jules Verne classic Around the Moon. Available in a limited edition of 12 pieces in rose gold and 60 in steel (around $64,000 and $23,500, respectively), the 43.2mm model not only faithfully depicts the surface of the moon (along with its signature craters, Gassendi, Tycho and Cassini), it also features a capsule at 3 o’clock containing a fragment of a lunar meteorite. 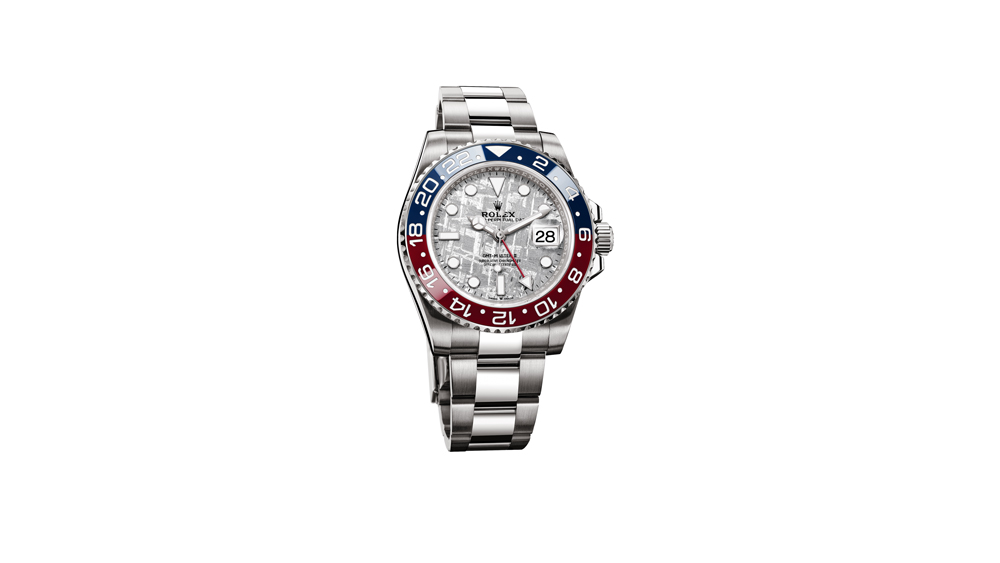 The brilliance of pairing a no-nonsense tool watch like the Rolex GMT-Master II with a striking meteorite dial is its unexpected sophistication. Equipped with the brand’s trademark “Pepsi” bezel, the 40mm white gold watch, which retails for roughly $55,000, is at once smart and sporty. 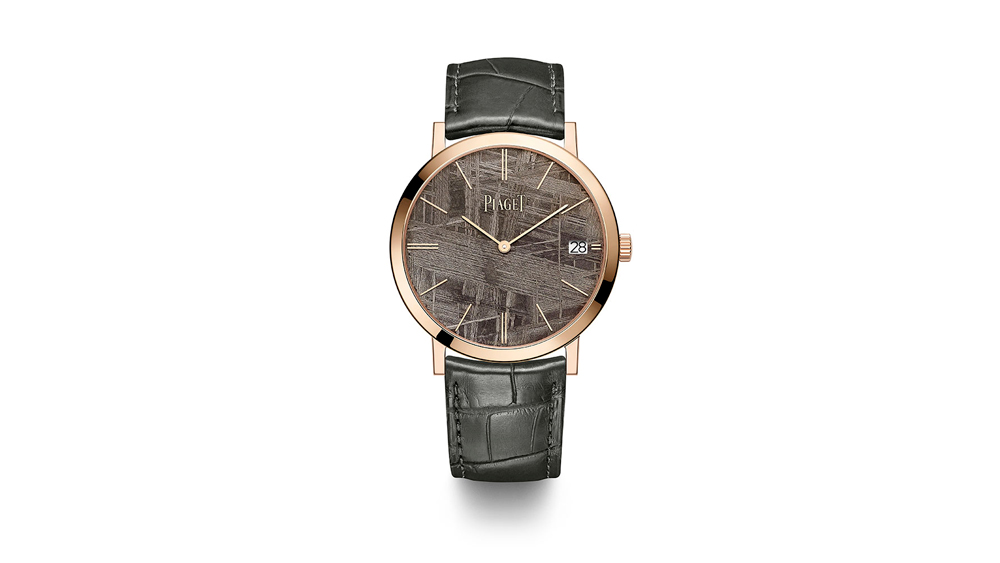 The extraordinary dark grey meteorite at the centre of Piaget’s newest Altiplano wristwatch is a guaranteed conversation-starter. Housed in a 40 mm rose gold case with matching rose gold hour-markers, the model is equally appealing to watchmaking nerds: its 1203P ultra-thin in-house automatic calibre is only 3mm thick, a technical feat. Limited to 300 pieces, it retails for $35,000.