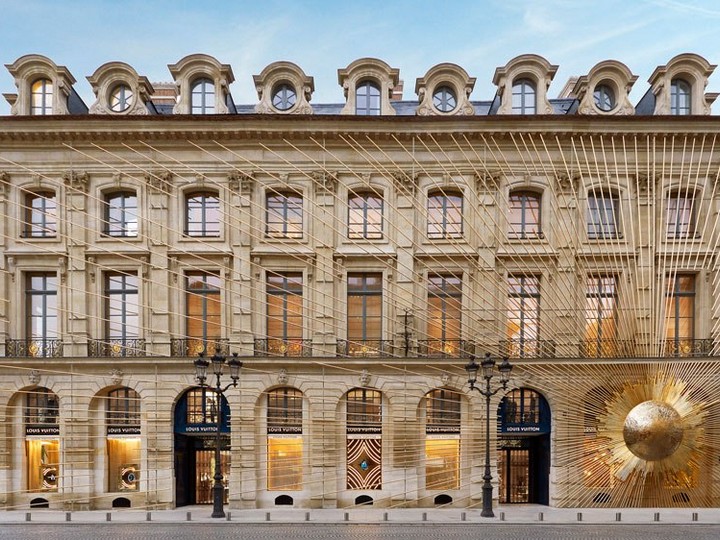 Louis Vuitton has marked the opening of its glittering new flagship with the unveiling of three new high jewellery sets.

Louis Vuitton has marked the opening of its glittering new flagship store on Paris’ Place Vendôme with the unveiling of three new high jewellery sets, each of which showcase the heritage house’s talent for spotting exceptional gemstones.

A 6.29-carat emerald extracted from the Muzo mines in Colombia takes a starring role in one necklace. The grass-green, inclusion-free stone is presented among the clean, graphic lines of white diamonds that riff on Louis Vuitton’s monogram flower and V motifs.

In another, the star is an enormous 20.08-carat spinel — a favorite Louis Vuitton gem that was once prized by the Mughals, together with the ruby, above all others. The new jewels are the latest in the Conquêtes collection, which the Maison first debuted during Paris Couture Week in July.

And that’s not all. Clients are invited to take a private elevator straight up to the eaves of the Peter Marino–designed building to the house’s new high jewellery workshops. There, overlooking the Place Vendôme — which has long been the world center of haute joaillerie — they will find Louis Vuitton’s craftspeople hard at work, painstakingly creating their one-of-a-kind orders entirely by hand. Spread over five floors, the Maison takes the visitor on a voyage throughout Louis Vuitton’s métiers — from the luxurious trunks for which Louis Vuitton first made his name in the late 19th century and the fourth-floor Atelier Rare and Exceptionnel, where clients and celebrities can have their gowns fitted and adjusted by in-house artisans, to the fifth-floor space paying homage to the house’s past and the craftsmanship and expertise that will ensure its future.