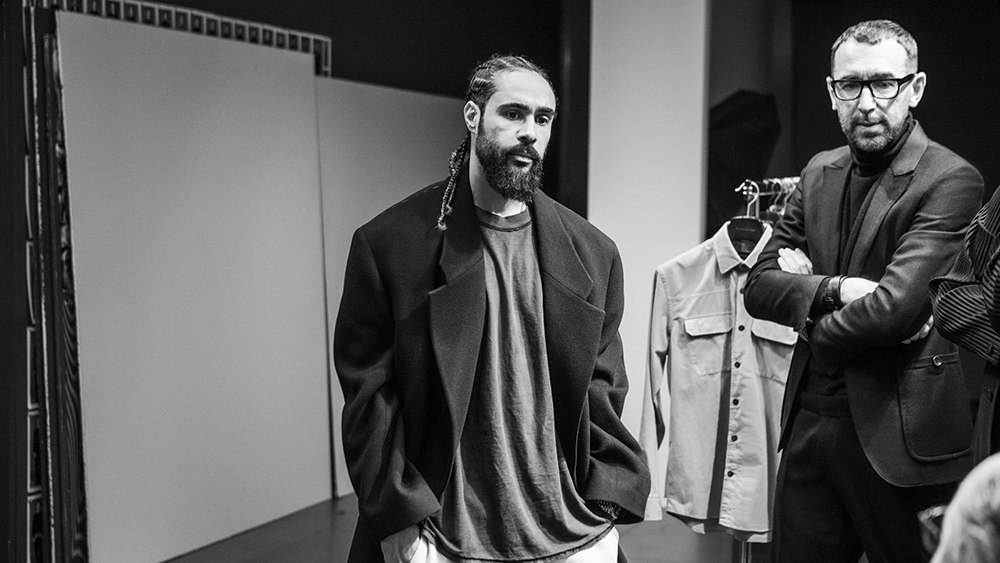 The hot streetwear brand and the iconic purveyor of Italian suiting are working together on a new collection.

Cult streetwear brand Fear of God and Italian tailoring staple Ermenegildo Zegna announced on Monday that they’re joining forces on a collection set to debut during Paris Fashion Week next month. The upcoming show is scheduled among the women’s collection to further set it apart from the offerings of the recently wrapped menswear season.

Zegna’s Alessandro Sartori of Fear of God’s Jerry Lorenzo sought to create a lineup that possesses youthful energy as translated through time-tested craft. “With a shared true desire to create the modern man’s wardrobe, we partnered with Ermenegildo Zegna to establish a timeless collection rooted in freedom, sophistication and elegance,” Lorenzo said in a statement. “Through this partnership, we’ve had the opportunity to bring our perspective of ‘American Luxury’ to the hands and craftsmanship of Italy’s best tailors.”

News of the rumoured team-up was first reported in WWD last month when the trade publication got word from insider sources. Whatever the results, they are sure to be closely watched. There’s been serious talk about the death of streetwear as high-fashion, even from some of its strongest proponents, over the past several months along with serious questioning about its place in fashion overall. One of its most prominent labels partnering with a revered Italian institution founded in 1910 presents a unique mashup. It’s rare for even serious menswear enthusiasts to indulge entirely in either camp so there is something about the mix that feels both necessary and contemporary.

The official unveiling is set to take place on March 2nd at a dedicated event, which is guaranteed to draw industry heavy-hitters curious to see what they’ve conjured up.

Hermès And Apple Team Up

Tracking your luggage just got smarter and way more stylish.