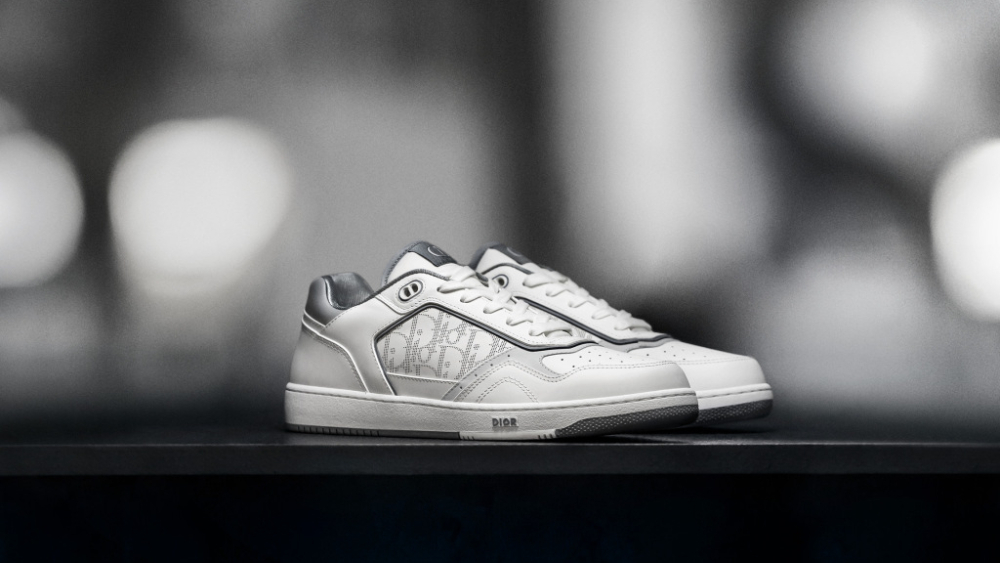 The brand’s sneaker category is heating up.

Dior’s creative director, Kim Jones, continues to bring his unique streetwear sensibility to the French couture house. The latest example? The addition of a new pair of deluxe sneakers to his menswear lineup.

Unveiled in an exclusive with WWD on Tuesday, the B27 sneakers come on the heels of the brand’s successful collaboration with Air Jordan and are sure to be hotly anticipated by Jones’s avid followers. To whip up this latest style, Jones looked for inspiration in everything from vintage tennis shoes to the world of skateboarding to develop kicks that balance functionality and comfort with style.

Coming in neutral colourways of white, pale grey (surely an homage to Christian Dior’s love for the dove-like hue) and black, they are constructed from leather and nubuck and feature the signature Dior logo-jacquard across the sides. Lest you forget their provenance, the name Dior is embossed on the heel and along the sole, and even the eyelets are an exercise in clever branding, forming a “CD” configuration alluding to the label’s initials.

Fresh off the success of its sneaker collaboration with Air Jordan, @Dior is expanding its footwear offering. https://t.co/qXY7SQWnzz

The sneaker market overall is booming, and during such uncertain times for the luxury industry, investing company resources in the product category seems like a wise bet. The numbers appear to bear that out. According to Dior, five million people signed up for a chance to get their hands on the shoes it created with Air Jordan––even though only 13,000 pairs were produced in total.

The odds were made even more difficult because the brand set aside 5000 of those for its top clients around the world, meaning only 8000 pairs were left to satisfy public demand. While it remains uncertain how much that fervour will translate to shoes not produced in partnership with a footwear giant, the Air Jordan collab clearly created renewed interest in the house’s own sneakers.

The sportier low-top variants of the B27 will go for about approx. $1296, while the more substantial high-tops retail for about $1460. Both will be available in Dior stores come November.