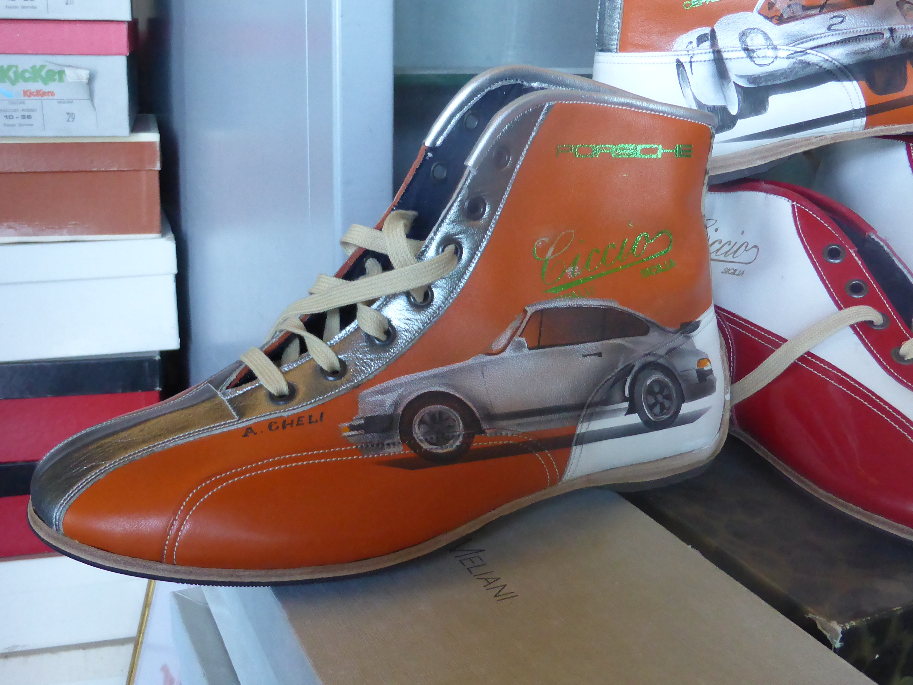 These boots are made for driving

This serene Sicilian cobbler has fitted fast feet for the past 50 years.

The modest shop in the seaside town is easy to find if you’re looking for it, easy to miss if you’re not. Ciccio, reads the bold sign above the door on the main beachfront boulevard of Cefalu, on the north coast of Sicily.

‘Ciccio’ is the nickname of Francesco Liberto. Nigh on 80 years old, the genial man with glasses perched on his nose is generally found amid the mild chaos of his shop. It’s an Aladdin’s Cave of motorsport memorabilia: posters, trophies and signed pictures bearing names like Mario Andretti, Niki Lauda and Jacky Ickx. The thread that binds them all is Ciccio. He stands behind the counter-cum-workbench with his traditional tools: hammer, last, stitching tools, glue and colourful shapes of leather. His
hand-made driving boots have been worn by motor racing’s elite. A long time ago, he was an official supplier to Ferrari. Current Scuderia star Sebastian Vettel has worn Ciccio’s boots of his own choice.

The racing connection began with Sicily’s annual road race, the Targa Florio (1906-77). In the 1960s, Ciccio’s leather sandals were in demand among vacationing Italians, and soon also among the racing drivers who spent weeks preparing for the Targa. In 1965, Alfa Romeo works driver Ignazio Giunti asked Ciccio if he could make a bespoke pair of lightweight driving shoes. The first pair, bound with glue, fell apart in the fierce heat of the Alfa Romeo GTA’s footwell. Ciccio immediately began stitching them instead. Soon Targa stars like Vic Elford and Sicilian hero Nino Vaccarella were ordering them – and Ciccio’s boots stepped into history.

You can, too. Ciccio racing boots can be ordered online. Send an outline of your feet and allow up to a month if you’d like them screen-printed. But nothing beats walking into the shop. Even if you walk out empty-handed. ciccioshoes.it