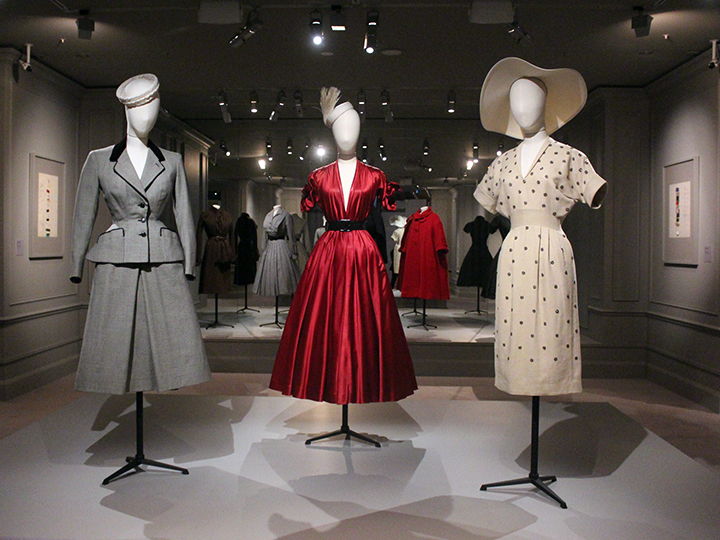 More than 140 of the legendary designer’s garments makes this a must-see for fashionistas.

“My dresses are fantasies, but they are tamed fantasies that have passed from the realm of dreams into the world of everyday items that are meant to be worn.” – Christian Dior, 1956

The fabulous creations of Christian Dior have always inhabited an in-between world, somewhere between fantasy and the everyday, but typically veering more into the fantastical. Such is the awe and reverence for one of fashion’s original pioneers that an exhibition celebrating the 70-year anniversary of the couture house was always going to make international headlines.

The fashion world is talking about The House of Dior: Seventy Years of Haute Couture, the exhibition that this week began a 10-week run at the National Gallery of Victoria in Melbourne. Featuring 140 of the designer visionary’s most celebrated garments spanning 1947 to 2017, it’s as much a celebration of fashion and style as it is an exploration of human progress, as seen through the eyes of Dior himself and then a succession of hugh-profile artistic directors who succeeded him at the helm of the world’s most recognisable fashion houses. Their finest works are all here – from the youth-driven Yves Saint Laurent, who set the tone following Dior’s death that would come to define the brand, through the likes of Marc Bohan, Gianfranco Ferré, the flamboyant John Galliano, the streamlined modernity of Raf Simons and to the current generation represented by the brand’s first female head designer, Maria Grazia Chuiri. The exhibition is full of garments that run the gamut from restrained and elegant to wild and fanciful, and includes famous dresses including the sleek Galliano-designed Absinthe, which Nicole Kidman wore to the 1997 Oscars (below). There are also the accessories that came to be a hugely successful part of the business – the perfumes, shoes and hats that were outliers and trendsetters of their time. As Dior himself said: “The well-dressed woman will possess an outfit for every occasion; by the word ‘outfit’ I mean everything that goes to make up perfection, planned and thought through to the past detail, from the fur coat to the shoes.” The exhibition also recounts in loving detail the strong link between the House of Dior and Australia – for David Jones’ Spring 1948 Fashion Parade, Dior sent 50 original creations, the first time such a collection had been shown outside Paris. The exhibition is open now from 10am to 5pm daily, plus 6 to 10 pm on Friday nights, until November 7.