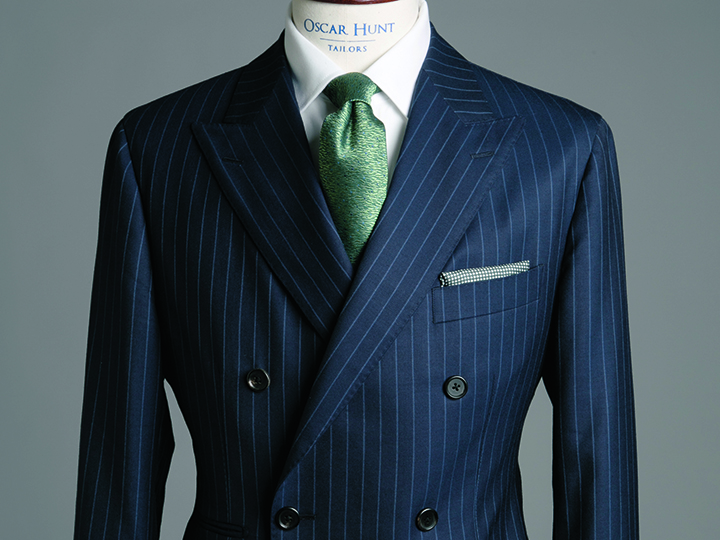 Double down for the most sartorial of suiting styles

Australian tailor Oscar Hunt reports a strong upswing in demand for the double-breasted suit, even heralding it as a new style staple for 2017.

The double-breasted suit has long divided discerning gentlemen. On the right man – think Frank Sinatra, the Duke of Windsor, or Marlon Brando – it looks effortless and elegant. In the wrong cut and style, however, it conjures the ’80s pinstriped excess of Gordon “greed is good” Gekko in Wall Street, or the caricature of a mafia boss.

Style votes are now swinging in favour of the DB: it featured heavily at Pitti Uomo, the world’s most influential trade fair for luxury menswear, and was recently seen on the runways of brands including Prada, Giorgio Armani and Ermenegildo Zegna.

A perfectly fitted suit will negate any oversize ’80s power-dressing connotations, and Oscar Hunt’s made-to-measure two-pieces deliver sartorial cachet in spades. After consultation over a whisky from the well-stocked bars of the brand’s Melbourne and Sydney showrooms, customers are guided through a range of more than 3500 fabrics from the UK and Italy. They’re then measured and fitted, before being shown different design options and given recommendations of the best styles to suit their individual needs. “We really work with each client to craft their perfect suit,” says Edwards.

The process takes about six weeks, from the first fitting to double-breasted debut. Oscar Hunt’s made-to-measure suits cost up to $3000, or may be as little as $1000 in simpler styles and fabrics.