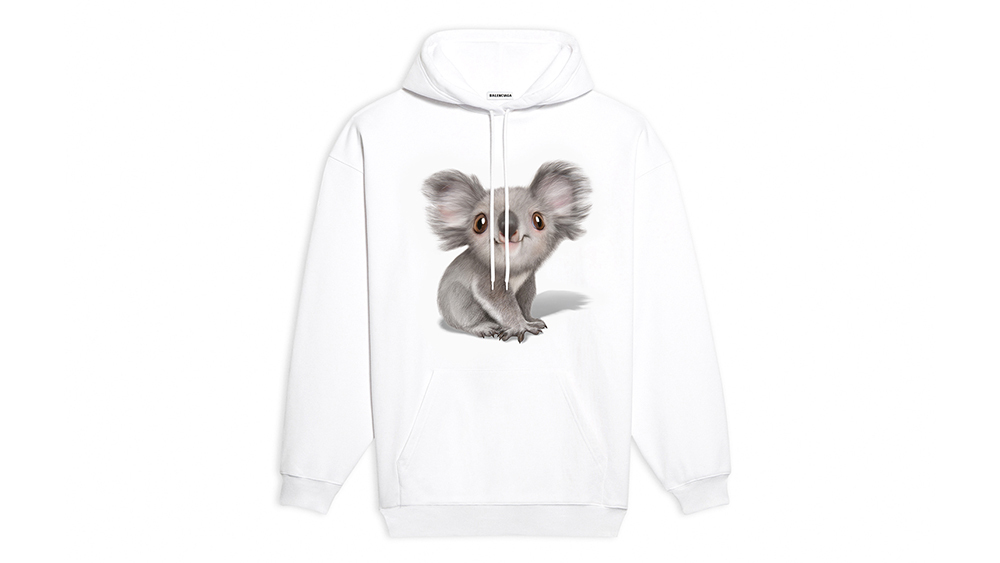 The big brands are joining the fight against the bushfires.

News of Australia’s bushfire crisis has not escaped international eyes and the luxury labels have started to step up. On the heels of Kering’s donation to Australian bushfire relief efforts announced yesterday, Balenciaga has unveiled some charitable apparel to help our mates suffering in the land down under.

In an announcement made last night via Instagram, Balenciaga announced that it would start selling unisex t-shirts and hoodies featuring the “vulnerable koala” on its website “to support the fight against Australia’s bushfire disaster.” The fashion house plans to donate 100 per cent of the proceeds from the two items directly to local conservation organizations chosen by Kering’s team of sustainability experts.

The koala has become somewhat emblematic of the native wildlife suffering in Australia’s fire catastrophe at large. In the worst blazes ever to hit the country, an estimation of more than one billion animals have reportedly perished. Koalas, which were already under threat due to significant habitat loss, have been hit especially hard and ecologists have estimated that a third of these cuddly marsupials have been wiped out. Of greater ecological concern, however, are the rare animals that don’t get as much airtime as the koala or kangaroo which could well disappear entirely. But if the koala helps sell shirts, so be it.

Balenciaga and 11 other labels under luxury powerhouse Kering donated $1 million dollars, following in the footsteps of prominent figures from around the world who have donated millions to help the country. Elton John, Chris Hemsworth, Kylie Jenner and heavy metal group Metallica have each pledged US$1 million (roughly $1.4 million). Leonardo DiCaprio’s Earth Alliance donated US$3 million, while local Australian comedian Celeste Barber has raised more than $50 million.

If you’d like to help the relief effort, these four organizations are taking donations: The Red Cross, The Salvation Army Australia, Wires and WWF Australia.