Just how much is pristine sound worth? It’s a question that audiophiles have wrangled with for decades. Of course, that question is easier to answer when your speaker system has museum-quality looks.

British audio company iFi promises that its latest all-in-one sound system, Aurora, “sounds as good as it looks.” While that sort of boast borders on cliché, in this case, it’s a pretty solid one because the bamboo and aluminium wireless speaker is one of the most visually striking pieces of audio tech you’re likely to see this year.

Designed by iFi’s very own Julien Haziza, and inspired by the works of Japanese architects Shigeru Ban and Tadao Ando, the Aurora is covered in thin bamboo slats and is propped up at an angle by an aluminium frame pyramid. The wood on the front of the speaker is broken up with a digital display and control panel, while the back has a section cut out for basically every kind of audio input, both digital and analog, that you can think of.

But, as promised, the Aurora has plenty more to offer than its looks. Best known for its high-end, digital-to-analog converters, iFi have crafted a sound system that will make you feel as if you’re seated in a concert hall. Regardless the audio source, the system’s built-in amp and tube-powered preamp deliver warm analog-quality sound to four 4.7-inch speakers, two tweeters and passive bass radiators located on the underside of the unit. The speaker is also equipped with the company’s “automatic room tailoring” tech, which uses a sensor to measure the space where the speaker sits so that it can deliver room-filling sound.

Be prepared to drop a pretty penny on the Aurora, though. iFi’s wireless speaker will set you back approx $2000. Of course, true audiophiles likely won’t blink at dropping that much if this system sounds as good as it looks. 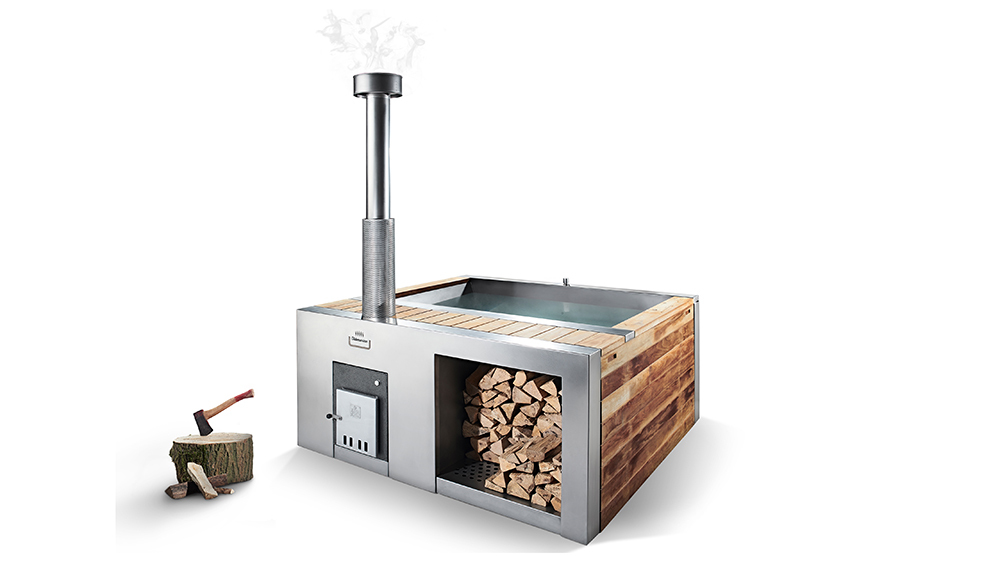 A hot tub without the plastic.