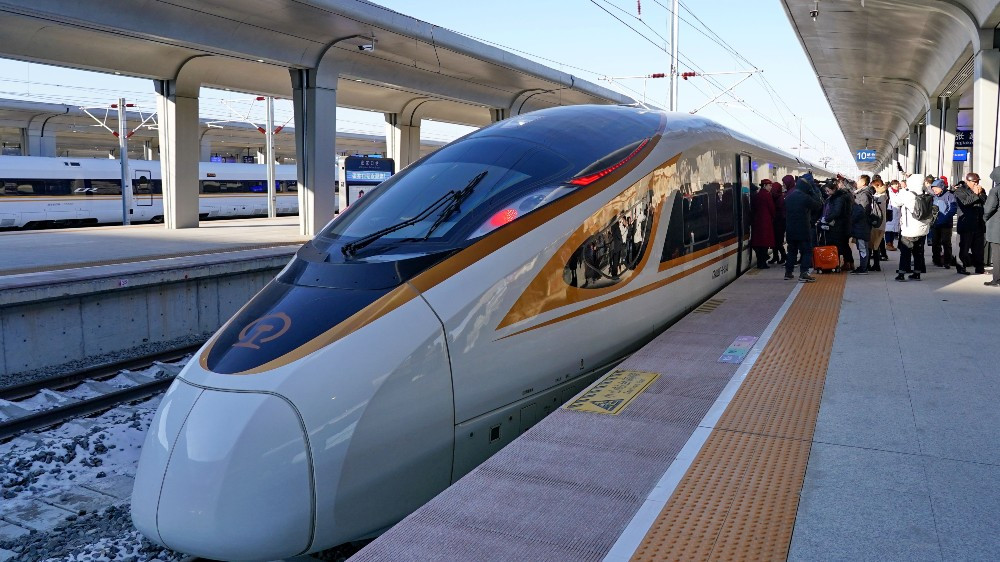 Travel time between Beijing and Zhangjiakou will be cut from three hours to one.

China isn’t taking any chances when it comes to the 2022 Winter Olympics in Beijing. With more than two years to go before the opening ceremony, the host country just launched the world’s fastest autonomous bullet train. The train, which connects the Chinese capital and Zhangjiakou, will dramatically cut down travel time for those attending some of the games’ more far-flung events.

Capable of hitting a top speed of 350km/h without a driver, the Jingzhang intercity railway will cut down travel time between Beijing and Zhangjiakou, where most of the game’s skiing events will be held, from three hours to one, reports The Guardian. Some trains will even be able to complete the 174-kilometre route, which took eight hours to travel a century ago, in as little as 45 minutes.

Dubbed the “world’s first smart high-speed railway” by the Chinese government, the line took four years to complete and has 10 stops, including one in Taizicheng, where other 2022 skiing events will be held. The trains will automatically stop and start at each station based on a precise timetable, with speed between stations being monitored by sensors. While the train is controlled by a computer, a monitoring driver will be on board at all times in case of an emergency.

The train will reportedly be jam-packed with all manner of high-tech features, including seats with 5G touch screen controls, intelligent lighting, facial recognition and thousands of real-time safety sensors. Cabins will also have plenty of storage space for sports equipment and include removable seats for passengers in wheelchairs. Robots will also be used at each station to assist with check-in and luggage and to provide directions.

China, of course, is no stranger to bullet trains. According to The Guardian, the country’s vast high-speed rail network stretches over 32,000 kilometres. The country is also home to the world’s fastest commercial train, the Shanghai Maglev, which can reach a top speed of 430 km/h. And just last year, state-owned rail company China Railway Rolling Stock Corporation unveiled the prototype for its new high-speed maglev train, which it claims will be able to travel at an astonishing 600km/h.