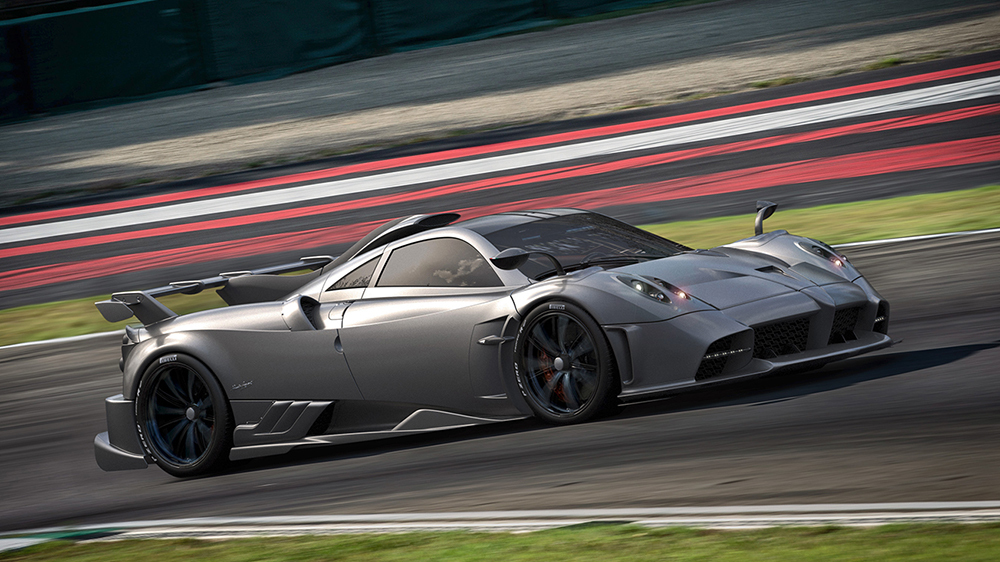 The Italian automaker said its new, race-centric car isn’t supposed to be “elegant.”

Don’t expect Pagani to change its ways any time soon. While the rest of the industry appears focused on electrification, the boutique Italian automaker continues to slowly but surely churn out the same gas-powered hypercars it’s been producing since the ‘90s.

Over the weekend, the San Cesario sul Panaro-based brand unveiled its latest vehicle, the limited-edition, track-focused Imola. The latest in a long line of utterly over-the-top hypercars from the automaker is based on the nine-year-old Huayra and is one of its most powerful vehicles yet.

Named after the Imola circuit in Bologna where it was developed and fine-tuned, the Imola was designed with racing in mind. And even taking into consideration the brand’s tendency for audacious styling, its latest car is something else. The company took the visually wild Huayra and turned things to 11, adding a giant fixed-wing, intense front splitter and diffuser.

Pagani knows the Imola’s aesthetic won’t be for everyone, but as founder Horacio Pagani said in a press release, there are reasons for the outlandish look. “We can’t say that it’s an elegant car,” he said. “We wanted an efficient vehicle, and just as you’d expect if you were looking at an F1 single-seater, this led us to design a car with additional aerodynamic features. So, although on the one hand, these details may detract from the lines and overall aesthetics of the vehicle, on the other, they also allow us to improve lap time, ease of driving and especially safety.”

What seems more likely to win over people is what’s under the hood. The ultra light-weight Imola—it ticks just 1246kg on the scale—is powered by the same Mercedes-AMG 6.0-litre V12 you’ll find in the Huayra, but the company has figured out a way to coax 617kW (80kW more than before) and 1100Nm of torque out of it. Other impressive new features include a seven-speed automated manual gearbox, an active aerodynamics system that adjusts to the weather, reworked suspension, Brembo brake calipers and track-ready Pirelli Trofeo R tires.

Of course, all this comes at a steep price, even by the brand’s sky-high standards. The Imola will cost around $8 million, before taxes and compliances. What’s more, the company only plans to produce five examples of the model, all of which are already spoken for. That means that when one of the hypercars finally hits the second-hand market, it won’t just be the most powerful Pagani, but the most expensive as well.