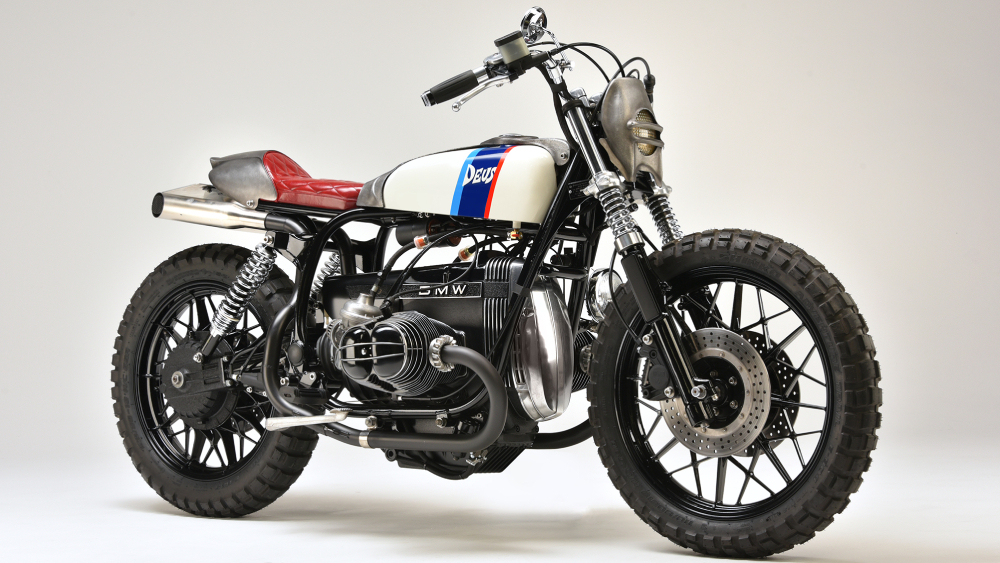 The shop’s swan song is double the fun.

Deus Harajuku is calling it quits. But not before turning out one last, very special custom bike.

The Japanese branch of the Australia-based Deus Ex Machina, the workshop’s final project centres on a 1982 BMW R100RS dubbed Two Face. The idea for customising the vintage two-wheeler was initially started by the builder years ago but put aside until now. With only 4000km on the odometer, the model remained in excellent condition and proved a prime candidate for retooling. The aesthetic side of things, however, proved trickier.

The builder had winnowed down his concepts to two ideas: one more sleek and menacing, the other more sporty. But he hit a creative roadblock. Instead of sacrificing one or the other, he chose to do both, “customising two tanks and modifying an exhaust system, headlight cowl and tail cowl,” that each fit, according to the company’s website. This allows for the owner to switch back and forth between them on any given day.

The custom bike with its alternate tank and cowl. Courtesy of Deus Japan

“All you need is a screwdriver and wrench, and you can enjoy setting it up yourself depending on your mood that day, be it sporty or modern,” the unnamed builder told Deus. “It’s easy, like choosing an outfit.”

Founded by Dare Jennings in 2006, Deus Ex Machina was initially funded by the sale of Jennings’s portion of Mambo, an Australian surf apparel company. What began as a single storefront in Sydney then expanded across the globe with locations as far away as Los Angeles and Milan.

The company remains privately held and doesn’t release sales figures, but prices regularly exceed $60,000. Despite this, the company claims to lose money on every single project. Each hand-built bike requires hundreds of hours, and though prices are high, Deus Ex Machina says it doesn’t make a profit. “That’s why we make clothing,” Jennings told the Los Angeles Times in 2015. “Otherwise, we’d go broke.”

See more photos of the Two Face bike below:

A brand new 2021 Trident 660c and two other vintage bikes are available as prizes.

The Italian brand is marking the occasion with a range of limited-edition motorcycles.

Retro styling nods to the French marque Alpine’s A110.

It represents BMW’s biggest push ever to create an honest-to-God cruiser.