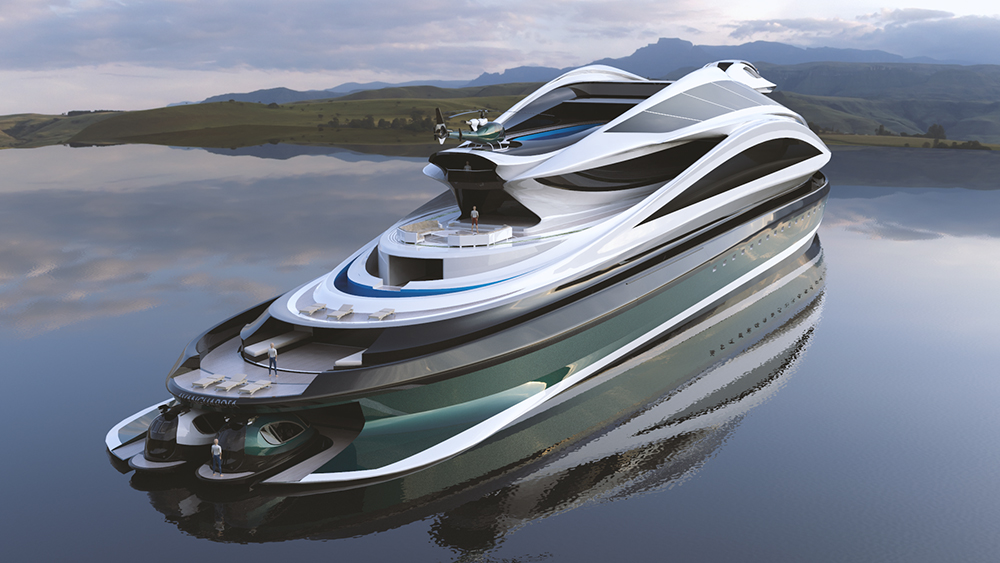 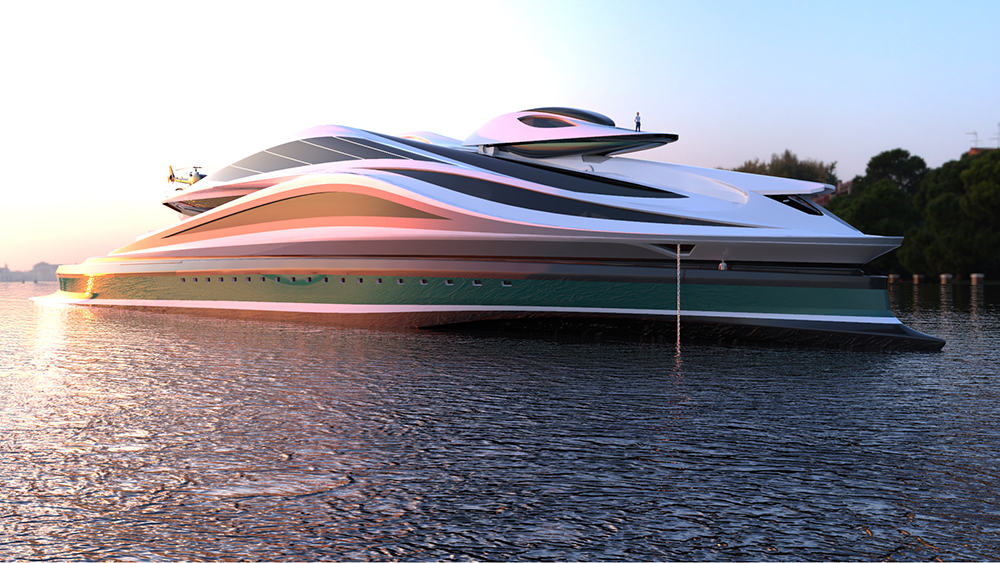 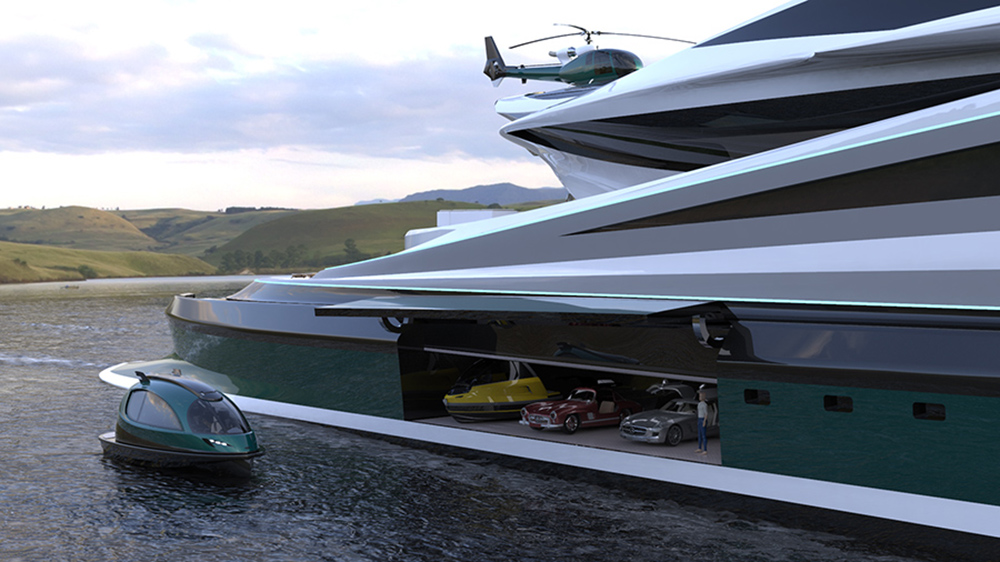 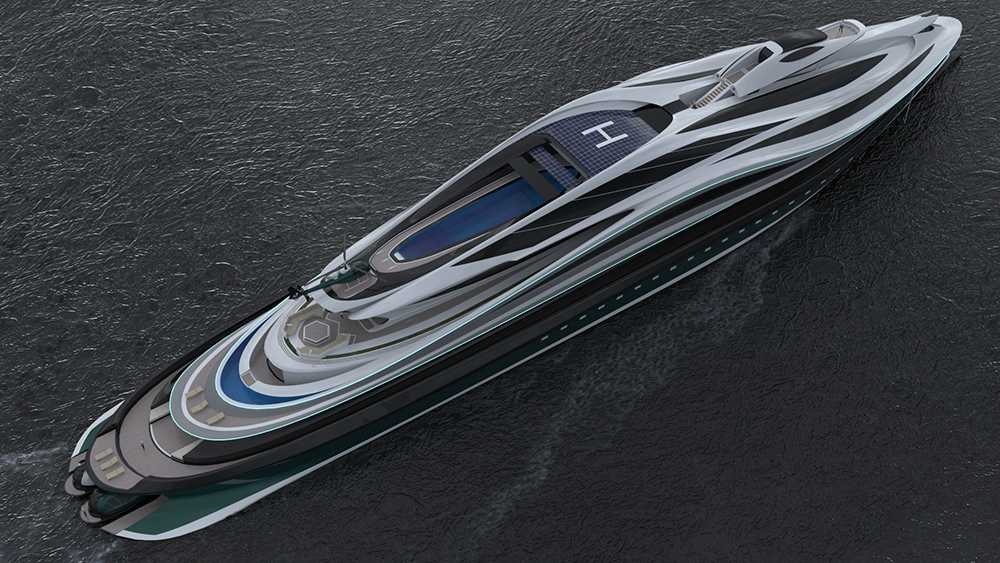 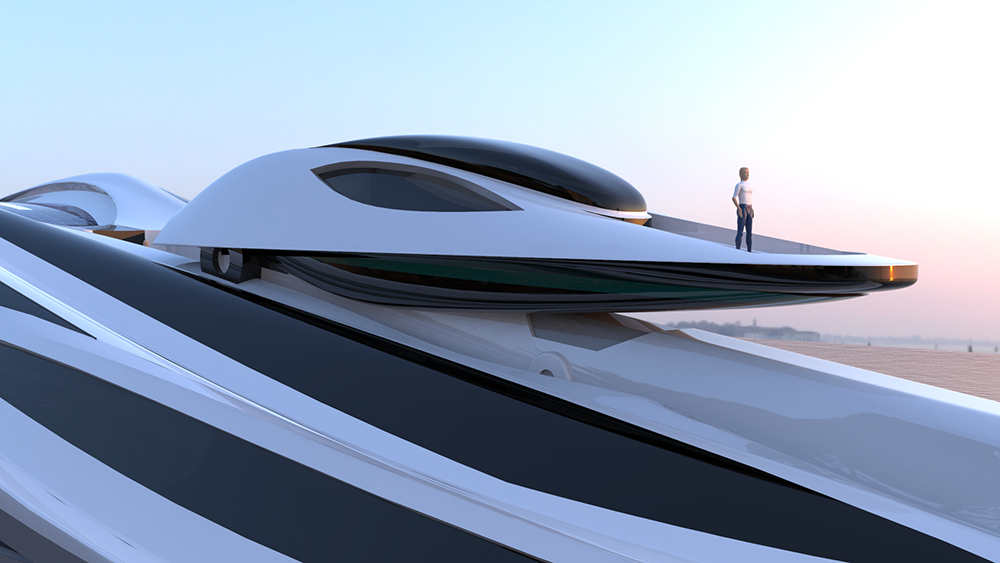 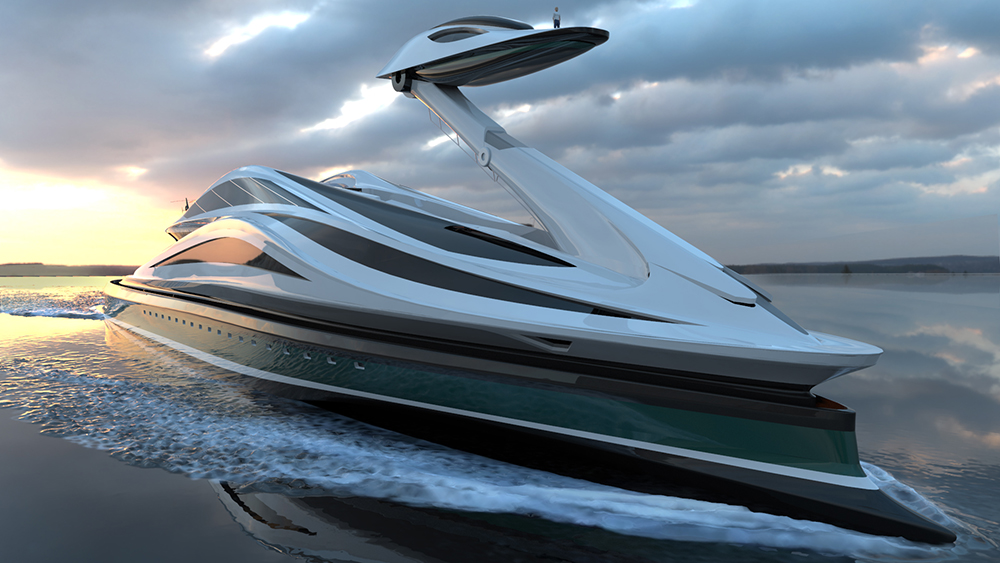 Take A Look At This Insane Swan-Shaped Megayacht Concept

It has a detachable head that turns into a day boat.

This bold new megayacht concept is sure to ruffle a few feathers. The 137-metre vessel is shaped just like a swan and even comes with a detachable head that can be used as a separate boat.

The gigantic sized bird goes by the name of Avanguardia, which means “vanguard” in English. Fitting since the megayacht is clearly at the forefront of marine design. The concept was penned by plucky Italian designer Pierpaolo Lazzarini of Lazzarini Design Studio. The Rome-based outfit has churned out a number of disruptive designs, from flying cars to a bullet-shaped hyperyacht, but this waterbird may make the biggest splash yet.

Avanguardia is replete with flowing lines and subtle curves that give her the elegant silhouette of a real-life swan. The gargantuan vessel is split into five separate decks and can fit up to 60 seafarers. Just like the animal, the “head” (a.k.a. the control tower) acts as a brain to maneuver the vessel. But it also doubles as a separate 15-metre cruiser that can carry out requisite day-time jaunts. 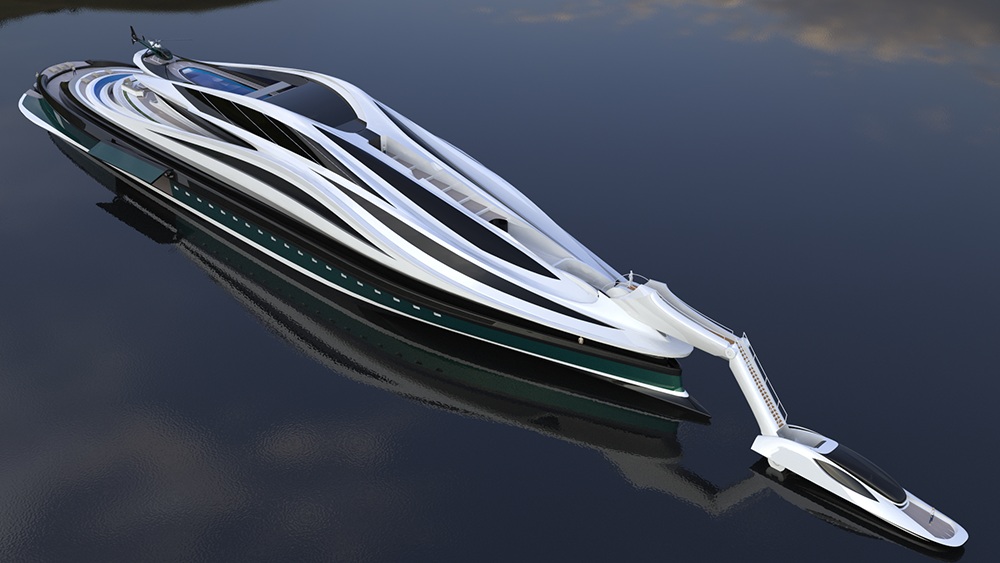 The control centre is supported by a flexible “neck” that employs a fulcrum to give it a full range of movement. When swanning about, it drops to the middle of the megayacht to help steer it in the right direction. Conversely, when the vessel is at anchor, the neck lowers the head to the water where it detaches for independent cruising.

Toys come in the form of a helicopter on the top level, a pair of Lazzarini’s jet capsules that are located aft, and a haul of supercars which sit amidships, because why not? The jet capsules can also be added to the rear of the vessel for added propulsion. 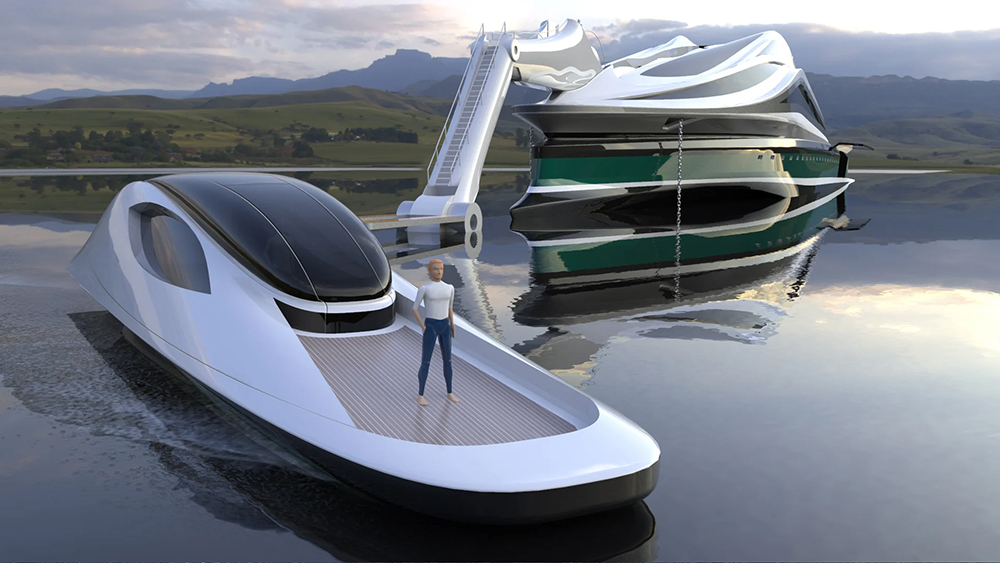 Speaking of propulsion, the swan’s power would come in the form of twin electric side engines and a central MTU Rolls-Royce engine. Together, this setup could push the megayacht to a maximum cruising speed of about 18 knots.

While Avanguardia it just a concept at this stage, the design studio said that it could become a reality in the future if a client is able to invest. Lido deck and the swan? We’d love to see that story hit the water.