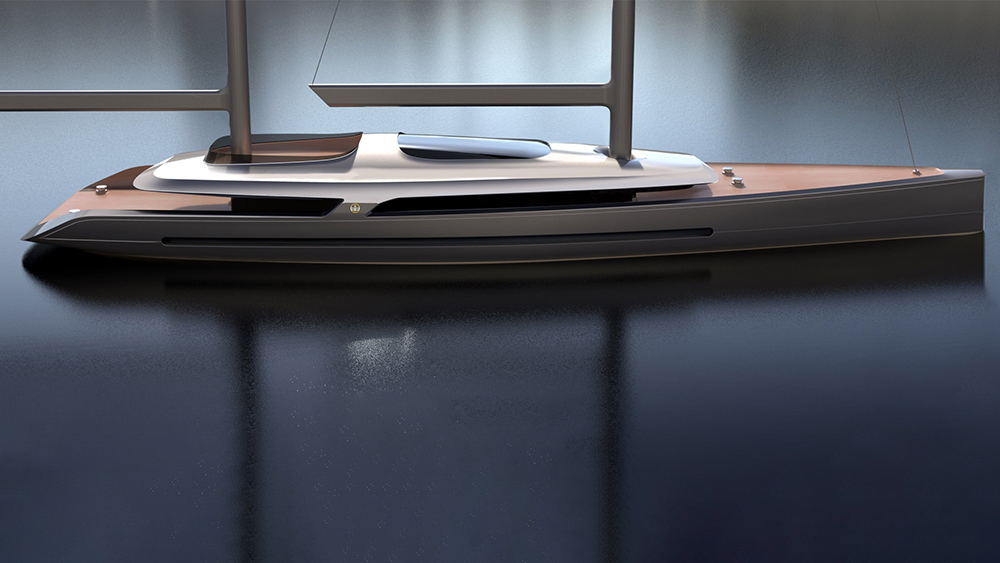 Earlier this month, Ora ïto unveiled a svelte and stylish e-bike quite unlike anything we’d previously seen. Now, the Paris-based designer and his eponymous firm have decided to apply the same no-frills design ethos to a 58-metre superyacht.

Since this was Ora ïto’s first time dipping a toe in the marine realm, he decided to collaborate with Perini Navi to bring the concept to life. This renowned Italian shipyard, which was founded in 1983 by Fabio Perini, has delivered more than 60 vessels in the past 37 years and thus brings all the necessary expertise.

What’s more, the duo shares the same streamlined aesthetic which is showcased in this latest design. Having first made its debut during the 2019 Monaco Yacht Show, the sailing superyacht is a contemporary riff on Perini Navi’s 56-metre flagship.

The sleek design boasts a strikingly simple profile with one unbroken line that runs from stem to stern. She is characterised by a long foredeck and futuristic transparent sails that win plenty of style points.

“Ora ïto has a passion for analysing the icons of our time and then creating radical new takes on them,” Perini Navi said in a press release. “The result is a contemporary, unfiltered reimagining by an outsider to the nautical world.”

While details regarding the interior layout and performance specs remain under wraps, the superyacht is said to be crafted from aluminum. Since Perini is known for the reliability of its yachts and its meticulous attention to detail, we imagine it will be finished with the utmost level of care.

The superyacht was slated to be completed this year but given the current Covid-19 pandemic, it will likely be delayed. Stay tuned for further updates.