Sunseeker plans to launch five new models in January. The UK builder called it a “historic first” for the 51-year-old brand. It plans to introduce other models later in the year.

“Each of these innovative yachts, from the dynamic Predator 55 EVO to the 90 Ocean, exudes luxury while benefitting from the latest technology, engineering and design,” said Andrea Frabetti, Sunseeker CEO in a statement. “We are proud of all of them and believe, given their incredible designs, they will define their respective segments.”

Frabetti, a longtime executive of the Ferretti Group, joined Sunseeker in January 2019. In two years, he has not only infused forward-looking designs into the British brand, but continues to expand its lineup at both the high and low ends. These five will be the first new models in an approx. $66.5 million, three-year product-development plan the company announced in 2019. 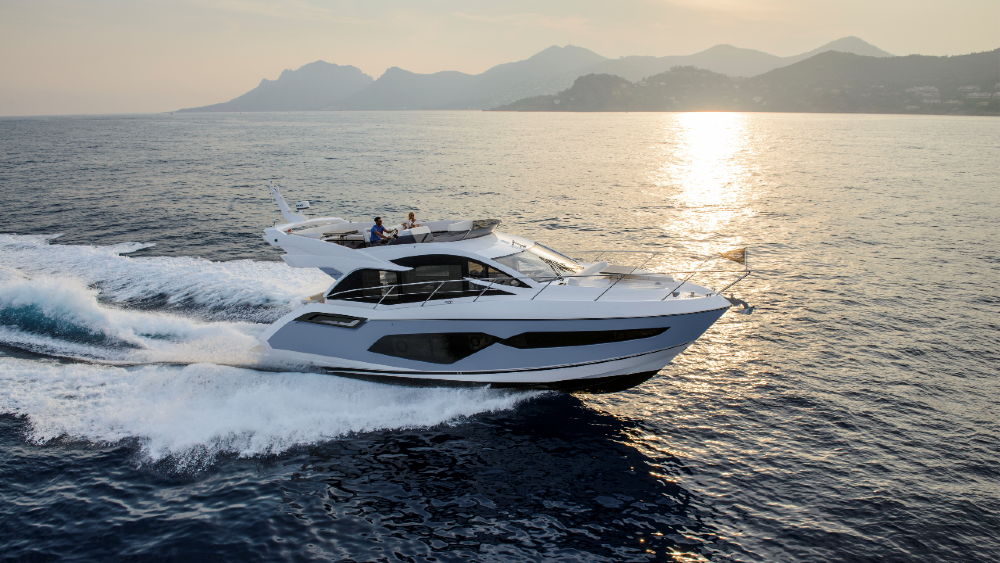 The Manhattan 55 is one of the builder’s stylish new platforms for its flybridge series. Courtesy Sunseeker Yachts.

The models include the Predator 55 EVO, part of the company’s Predator series. Beyond the sleek design, its superstructure and cabin include carbon-fibre accents and longer design features. It will have a top speed of 35 knots.

Sunseeker designers also raised comfort and luxury in the Manhattan 55, creating key features like a powered glass window that opens along the sides to bring the outdoors in; or buttoned up, it keeps the interior warm and sheltered. The three-stateroom design is spacious, especially the full-beam master suite with its side windows. Outside, on the stern, a beach club and large swim platform provide instant access to the water.

The new 65 Sport Yacht is the best example of Sunseeker’s next-generation philosophy. It’s a major departure from other 18-metre-plus yachts on the water, thanks to a sculpted exterior design, helm with new technologies and a stylish interior. Her exterior profile is defined by teak, carbon fibre and polished stainless-steel accents. 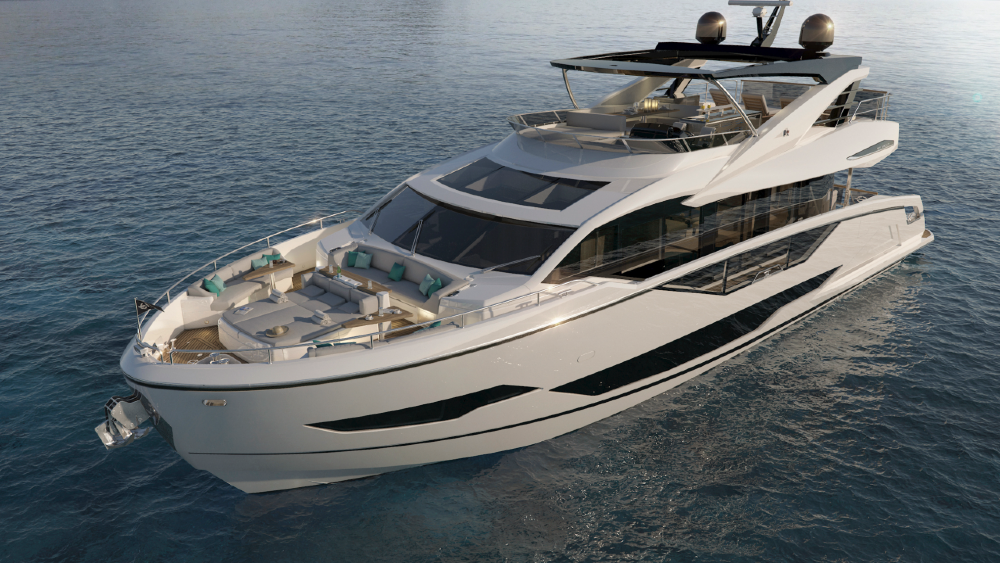 The 27-metre vessel from its Ocean series has 20 per cent more volume than the model it will be replacing. Courtesy Sunseeker Yachts

Owners can choose between a standard “Sky Lounge” with a chaise lounge or a “Sky Helm” with twin bolstered seats that are positioned low on either side of the console to fit in with the compact profile. The interior ranges between the standard three staterooms and four other options, including a lower salon, owner’s office in the master suite and an extra single cabin.

The UK builder’s 88 Yacht is large enough for superyacht stature but has the practical advantages of a vessel its size. Her four staterooms will accommodate eight guests, and there are quarters for four crew. She can reach a highly impressive 30 knots, which is light speed for a yacht this size.

Finally, the 90 Ocean moves the company into a new category. The superyacht has increased its interior volume by 20 per cent compared to its most recent predecessor, thanks not only to its substantial beam but also to a vertical bow that expands the interior space. 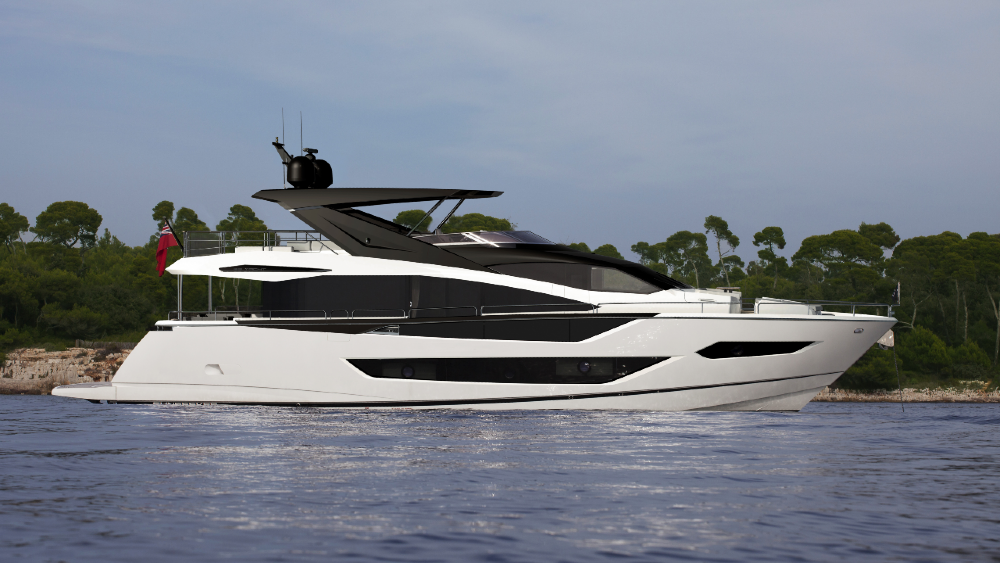 The 88 Yacht has an open flybridge that resembles many Italian designs, but the hull is pure Sunseeker.

Sunseeker’s designers modified the yacht’s exterior lines to create an unusually large beach club, with storage for a Jet Ski, two Seabobs and a jet-powered inflatable. The beach club has a barbecue bar built into the exterior area, while up on the flybridges is a second integrated barbecue. The flybridge is 25 per cent larger than similar yachts, according to Sunseeker, and can be outfitted with an infinity spa pool, wet bar and glass table for a stunning panoramic view.

The contemporary open-plan interior has a large salon, with a dining area and galley on the upper deck, with a full-beam master suite below, including windows that are six feet wide.

The master also has his-and-hers closets, full-height panelled mirrors, and an ensuite with a floating vanity and twin porcelain sinks.

“This is a world-first for Sunseeker that we’re very proud of,” says Frabetti.