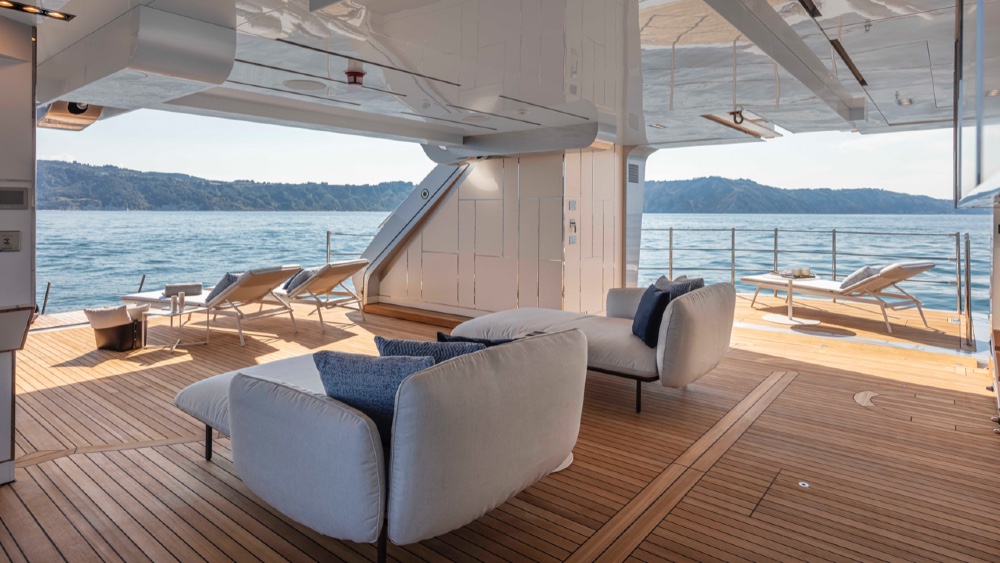 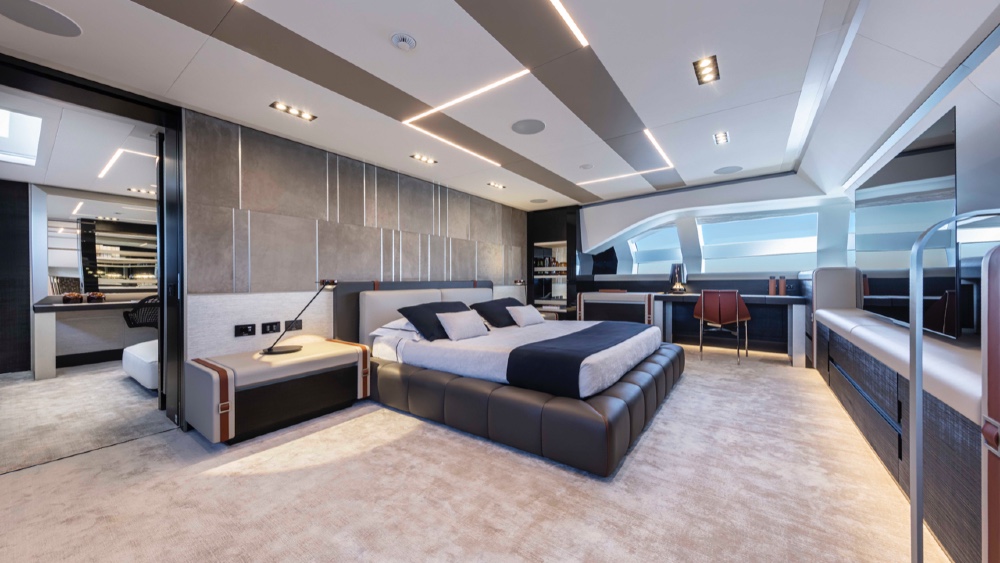 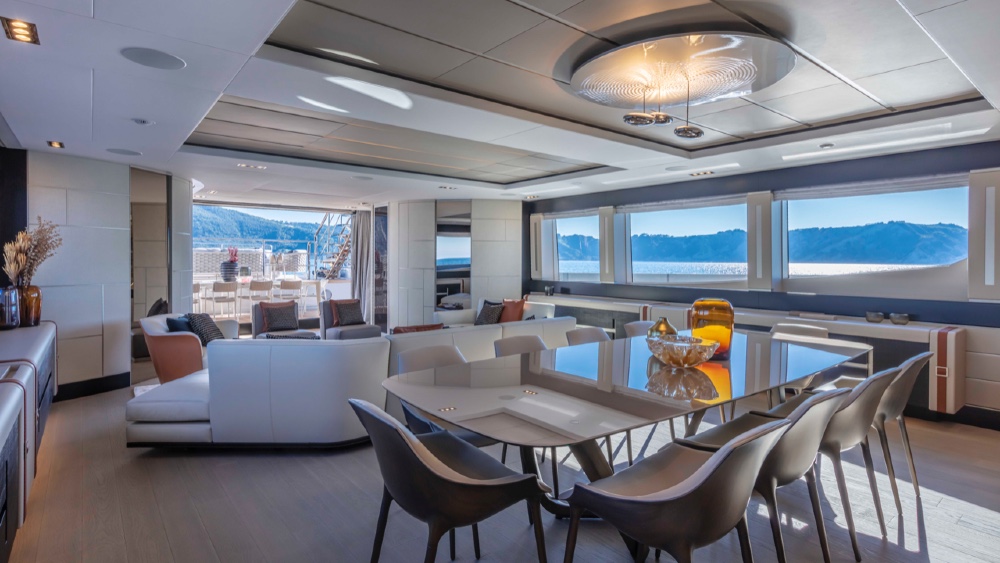 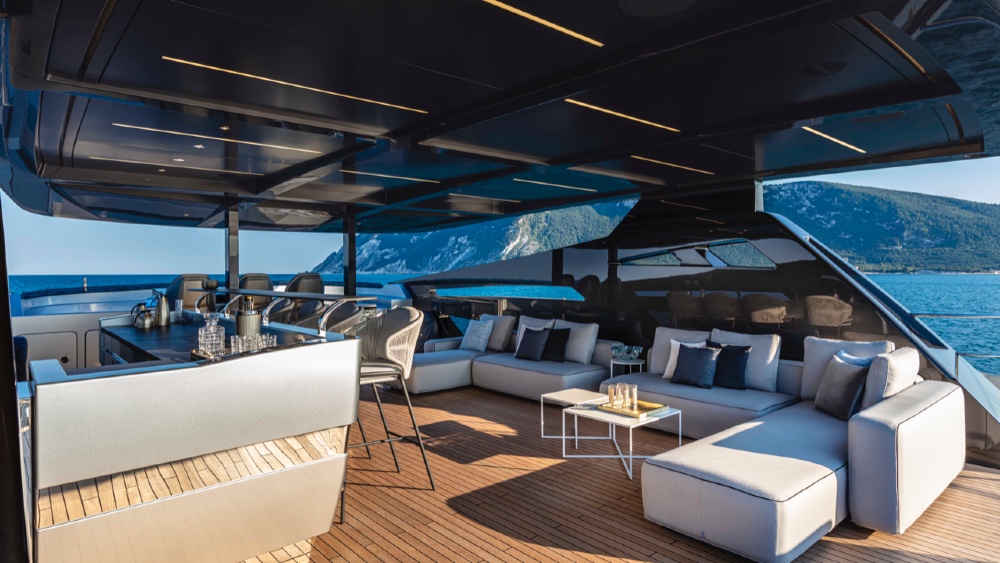 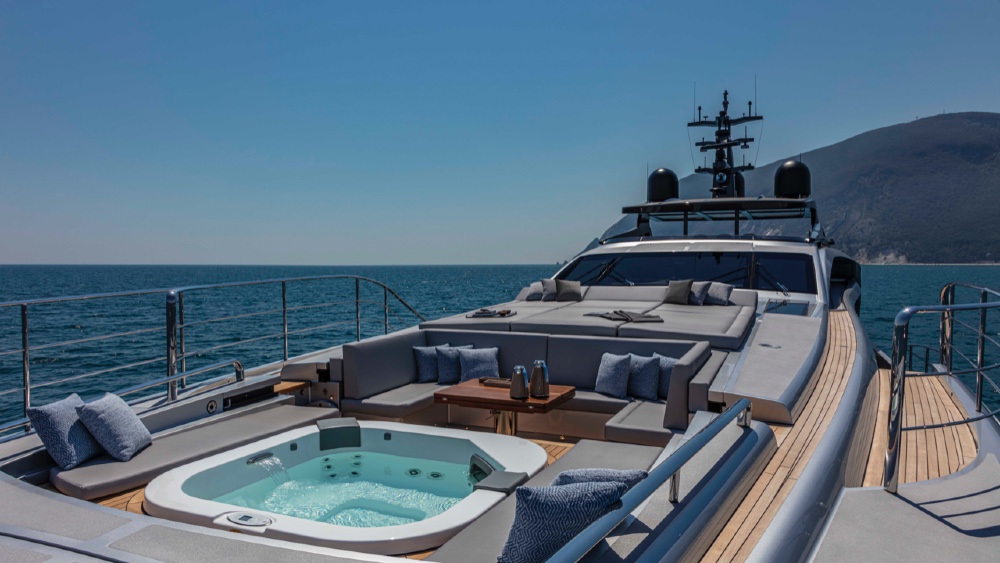 A game-changer for the Italian brand, the new yacht boasts palatial quarters for the owner.

Pershing, named after the famed World War I general, has undergone a serious evolution. Over the last decade, the shipyard has transitioned from a maker of fast but stunning yachts in the 12 to 18-metre range to a superyacht builder that captures both luxury and speed in its designs. The Pershing 140’s launch last year was a fine example of how the brand is scaling upwards, and its second boat in the series—recently delivered—is an even better illustration of where it will be heading.

The 140 flagship, as the name suggests comes in at 42-metres (140-feet) long and is the first Pershing to be built entirely of aluminium, which provides the structural integrity a yacht needs at that size, but also allowed the designers to maximize interior volume. Designer Fulvio De Simoni and the Ferretti Group Product Strategy Committee led by Piero Ferrari (yes, that Ferrari) came up with a superyacht that is bright, open, and filled with social areas. It was also the first Pershing to be built at parent Ferretti Group’s superyacht yard in Ancona, Italy.

The designers have been careful to combine new features while preserving Pershing’s iconic details, such as two lateral wings that are brand identifiers, integrated into the side of the superstructure. Pershing also used some of the same materials and furniture as its smaller yachts, from the world’s top luxury designers, including its longtime partner Poltrona Frau, as well as Minotti, Roche Bobois, Molteni, Fontana Arte and Artemide. 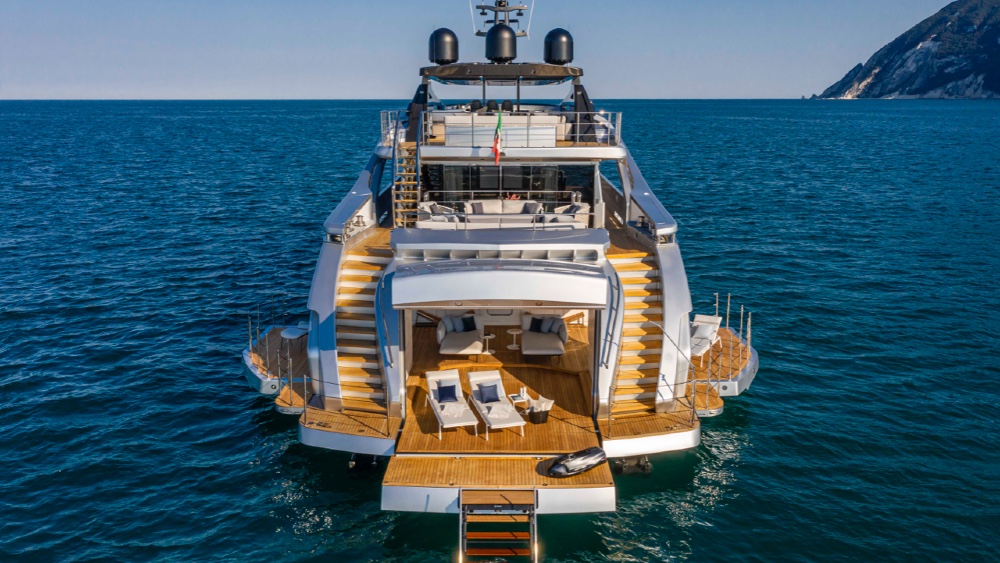 The stern of the boat includes a beach club that opens on three sides as well as dual stairwells that lead to the main deck. Pershing Yachts

The Pershing 140 was designed to be customised.  On hull-number two, the owner wanted a full-beam master suite and separate studio/lounge, rather than the entertainment centre that the first owner requested. The supersized quarters that resulted is more typical on a yacht that is 12 metres longer. The owner’s suite is positioned on the main deck, which creates a measure of privacy from the five other staterooms on the deck below.

The 140’s exterior matches the interior with a simple design that includes large open spaces on the upper deck; a bow full of sun pads, tables and seats and a Jacuzzi; a rear cockpit with al-fresco dining on the main deck; and the beach club at the stern. The beach club folds out on three sides, transforming what could be a dark storage area into one that is filled with sea breezes, waterside patios, and fresh sunlight.