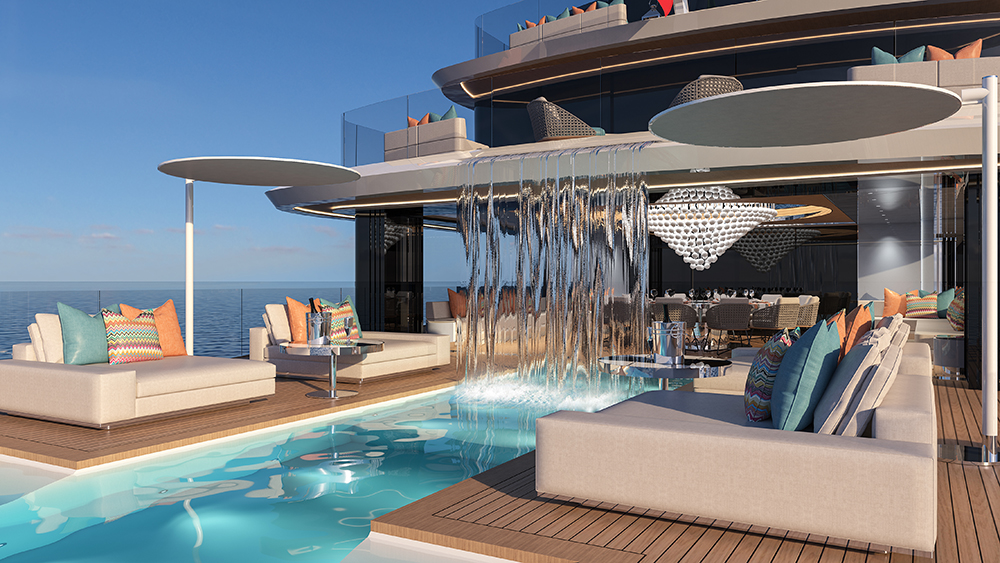 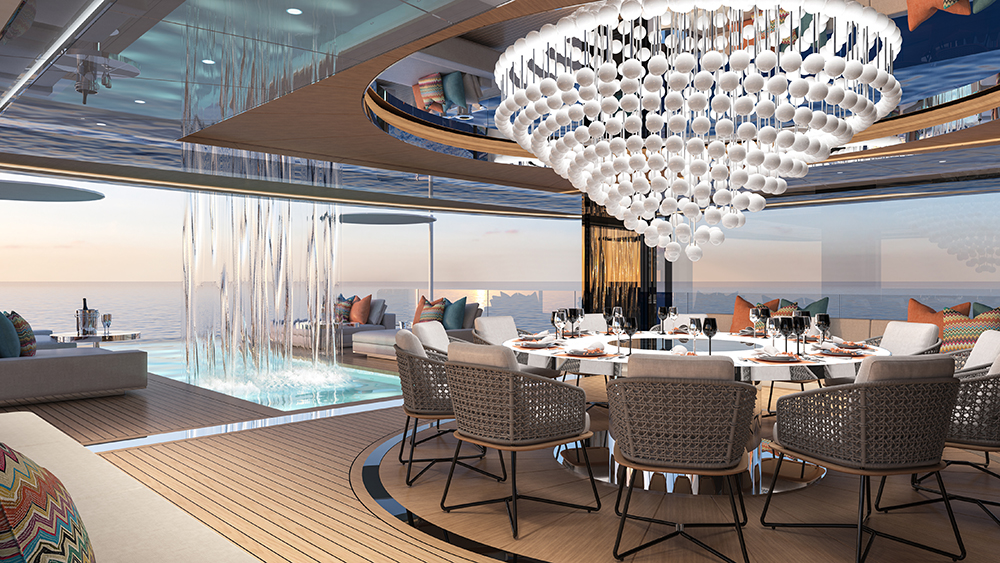 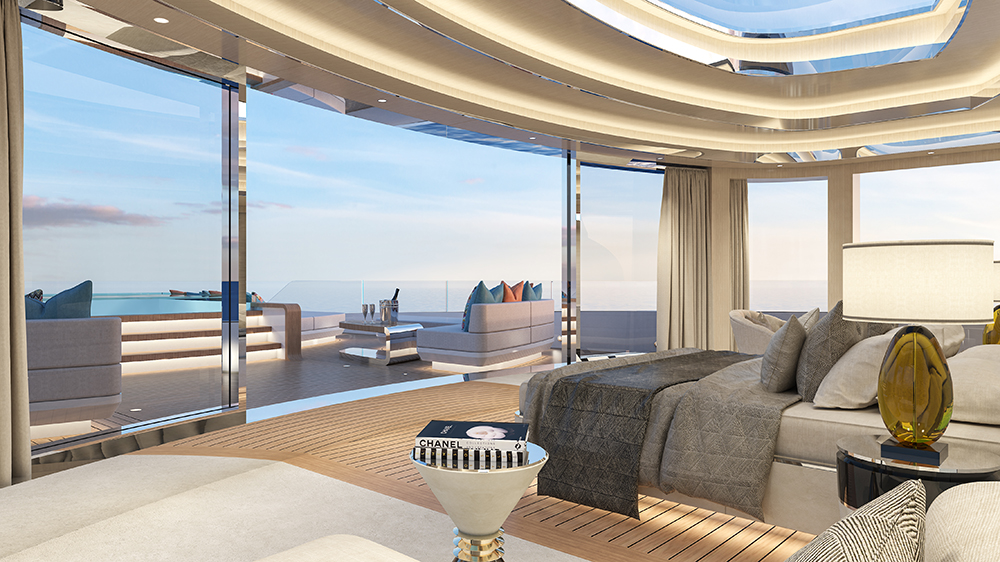 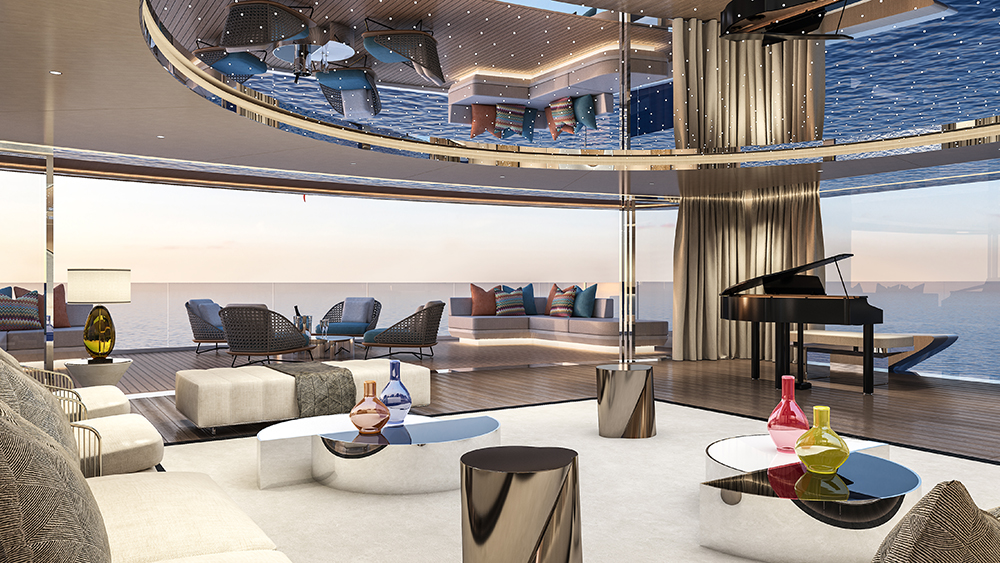 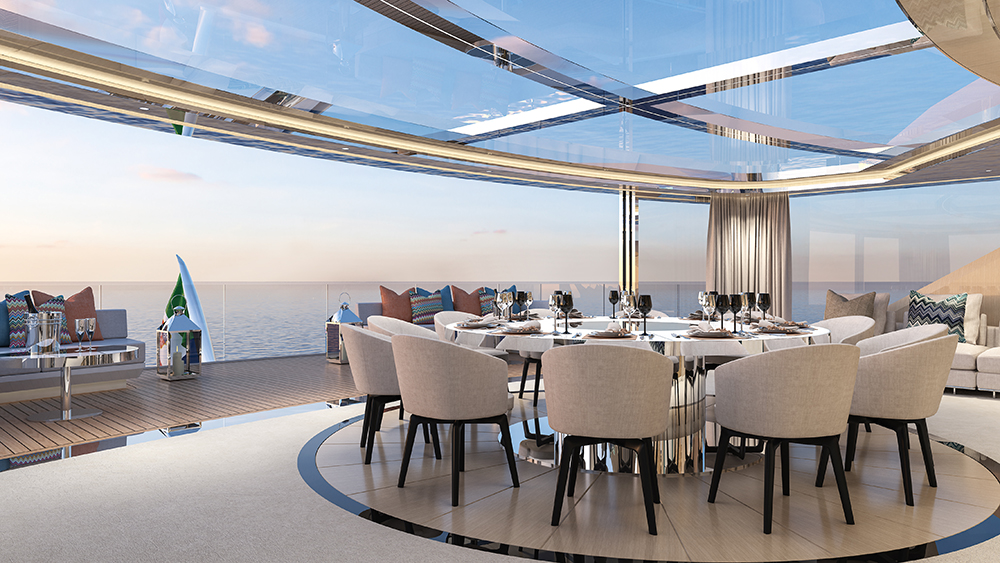 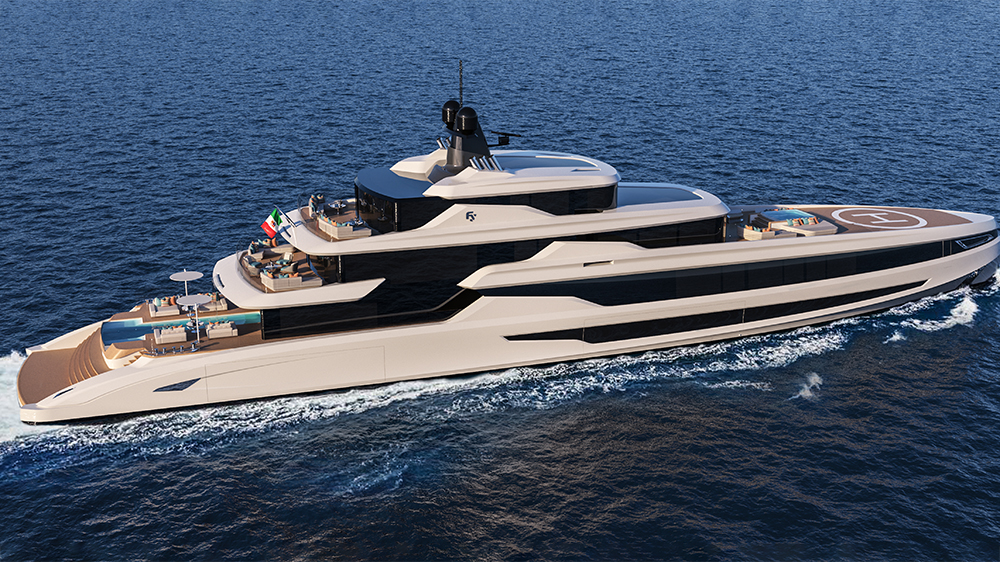 The Italian outfit’s next generation favours space and simplicity.

Fincantieri Yachts is known for designing masterful custom megayachts that challenge the status quo, but the builder is having a real mic-drop moment with its latest vessel. The next-gen concept, known as Blanche, spans 70-metres and features a spacious interior that may just remind you of your favourite five-star hotel.

The first thing you’ll notice about Blanche is that she’s devoid of unnecessary clutter. The Italian yard purposely eschewed visual obstructions in favour of space and simplicity. This frees your eyes up to focus on the ship’s graceful lines.

The concept was developed in partnership with Gabriele Teruzzi. The young Italian designer founded his eponymous studio in 2016 and already has a handful of prestigious projects to his name. Pairing this fresh blood with such a storied shipbuilder—Fincantieri has more than two centuries worth of experience—has led to a design that’s downright pioneering. That much is clear once you get inside.

Her knockout feature is a gargantuan interior. Blanche has an anticipated volume of 1535 GT and is characterised by a flowing open-plan layout that makes the sun’s natural light a design element in and of itself. She can sleep up to 14 guests across seven cabins, as well as 17 crew. The luxurious master suite opens onto a private 17.5sqm terrace. This space is surrounded by full-height panoramic windows and affords unparalleled sea views.

When it comes to amenities, Blanche boasts a beach area at the aft—complete with a waterfall pool, of course—a jacuzzi on the foredeck, a scenic sky lounge, a sprawling wellness area that spans 11sqm and an upscale piano bar, which features a sparkling fairy-lit ceiling. While performance specs and engine type were not available as of press time, Fincantieri claims that Blanche will have a 5,000 nautical mile range at a speed of 12 knots.

The megayacht division of the Fincantieri Group has been designing and building custom vessels over 90 metres since 2005 and has established itself as a major player in the big boat world. So far, it has delivered the 134-metre Serene (2011) and the 140-metre- Ocean Victory (2014), which are a testament to the yard’s epic ambitions. Sure, Blanche will be a tad shorter than her sisters, but there’s absolutely nothing small about her.