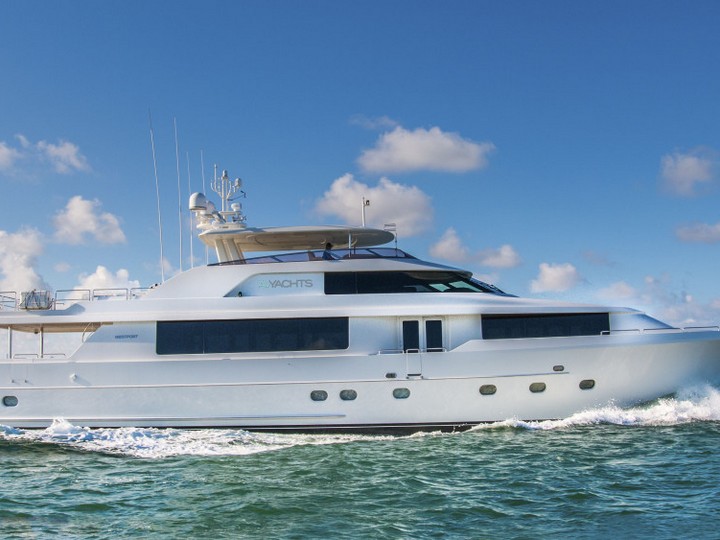 Superyacht ownership comes at a fraction of the cost

A new yacht company is applying features of fractional ownership programs to the superyacht world.

Want to own a new superyacht at a fraction of the cost of the same boat at the other end of the dock? A new yacht company in Fort Lauderdale is applying features of fractional ownership programs to the superyacht world. Like NetJets and Flexjet have done for business aviation, AvYachts plans to make yacht ownership much less costly while also providing an alternative to the often erratic standards of the yacht charter market. The company is targeting both experienced yachties and those who know nothing about superyachts, other than seeing themselves and their loved ones aboard their own vessel in the world’s most beautiful waters, being waited on hand and foot by their own crew.

“We’ve set up a very flexible, comprehensive program so that our owners don’t have to deal with crew issues, maintenance, or managing the yacht,” says Kathy Kennedy, AvYachts’ chief operating officer. “They simply pay a fee and enjoy the best of owning a yacht without the hassles. We’ve designed the program to be simple, transparent, and cost-effective.”

Like business aviation, owners purchase shares in a superyacht so that they are partial owners. Typically, the owners will buy a 20-percent stake that gives them full access six weeks each year for a five-year ownership period, but AvYachts said it is willing to sell a 10-percent stake (for three weeks) or even make other arrangements with potential owners. That, says Kennedy, allows them to enjoy yacht ownership during the five-year contract, and see a return on the investment when the yacht is eventually sold.

The company currently has a Westport 112 as the first boat in its fleet and is acquiring several Westport 130s, mainly because owners have requested the larger models. AvYachts chose Westport because of the benefits that partnering with North America’s largest superyacht builder offers. “We know they will be there if anything happens to the yacht or its engines,” says Kennedy. “We wanted the most stable and reliable provider for our clients.” According to the sales schedule, a 20-percent stake in the Westport 112 would cost US$1,780,000 ($A2,332,250), as opposed to buying it outright for US$8,900,000 ($A11,661,000). The residual value that an owner should receive after five years is US$1,380,000 ($A1,808,150). AvYachts takes care of weekly scheduling, maintenance, payment, and rotation of the five-person crew, and other issues that have to do with yacht ownership. Owners pay for any incidentals or costs associated with stocking special foods or drinks during their charters. AvYachts estimates that total annual costs (including crew, maintenance, and operating costs) would be about US$340,000 ($A445,500) for owners spending six weeks aboard the yacht. Compared to chartering, that could be much less expensive than chartering a yacht of the same size, depending on the charter vessel’s age, brand, and location.

Ultimately, AvYachts plans to base yachts in Monaco and New England for summer charters, and another in Florida for winter charters to the Keys or Bahamas. “Owners will be able to move between the yachts so they can experience different locations,” says Kennedy. “The idea is to mix up the charter destinations while creating a consistent, first-class owner experience.”

AvYachts has also recently partnered with Elite Alliance, a provider of exchange services for luxury vacation homes. Under the agreement, AvYachts owners can exchange a week aboard the yacht for three weeks at a luxury villa or any other Elite Alliance property around the world. “We decided to open it up to other luxury opportunities,” says Kennedy. “Again, the idea behind the program is to be as flexible and transparent as we possibly can, so the owners will make the most of the experience.”