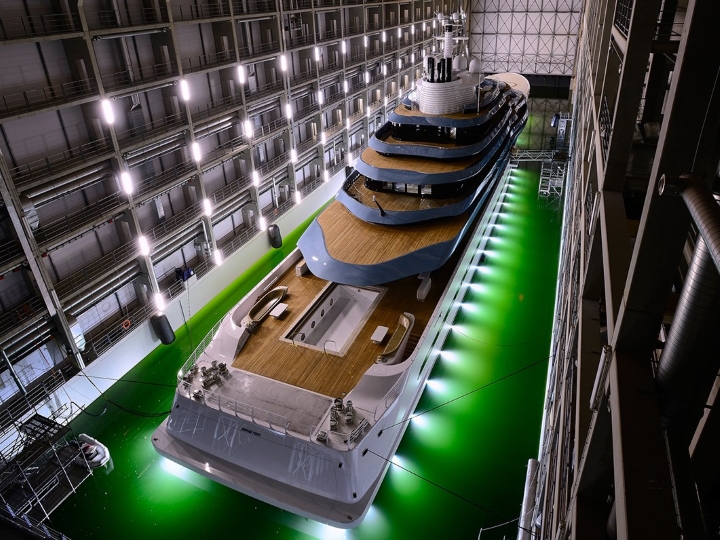 The largest yacht ever built in the Netherlands sports six sleek decks and with accommodation for 30 guests in 15 staterooms, is like no other.

Oceanco has announced the launch of the 361-foot (110-metre) superyacht project Jubilee, the largest yacht ever built in the Netherlands. Sporting six sleek decks, including a helicopter deck and pool deck with built-in aquarium, this yacht is like no other. Making the most of its 54-foot (16.5-metre) beam and Passenger Yacht Code classification, the yacht can accommodate 30 guests in 15 staterooms. The owner will enjoy the entirely private owner’s deck. Everyone will enjoy the large beach club below the pool deck, as well as other watersports equipment and tenders.

Burgess provided project management and technical consultation for project Jubilee, which will be delivered in turnkey condition, fully stocked with china, crystal, linens, cushions — you name it. This is not a common practice in new-build custom yachts. Project Jubilee was constructed with a steel hull and aluminum superstructure. Top speed for this beauty is 18.5 knots. It will be delivered in time for its owners to cruise the Mediterranean this European summer. (oceancoyacht.com)