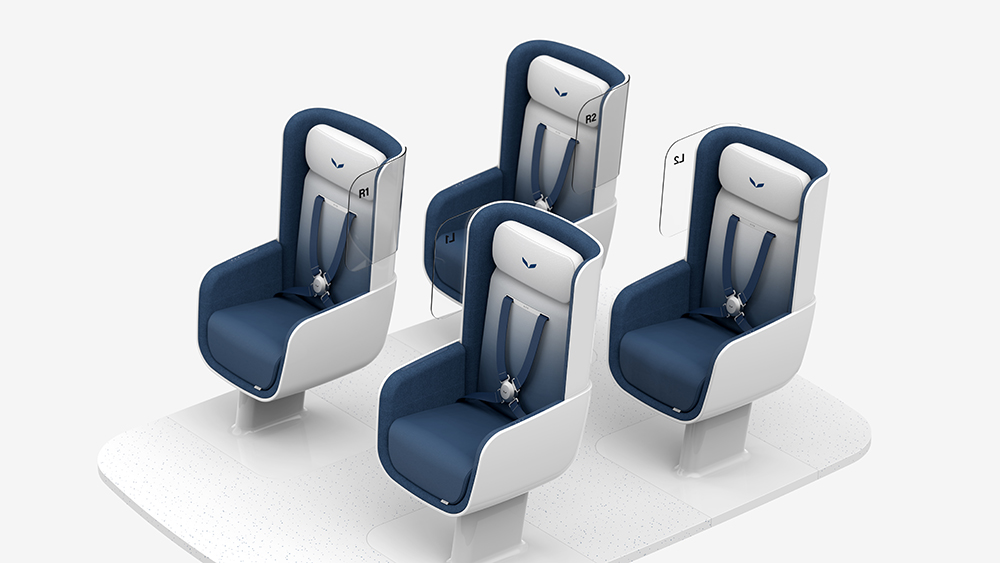 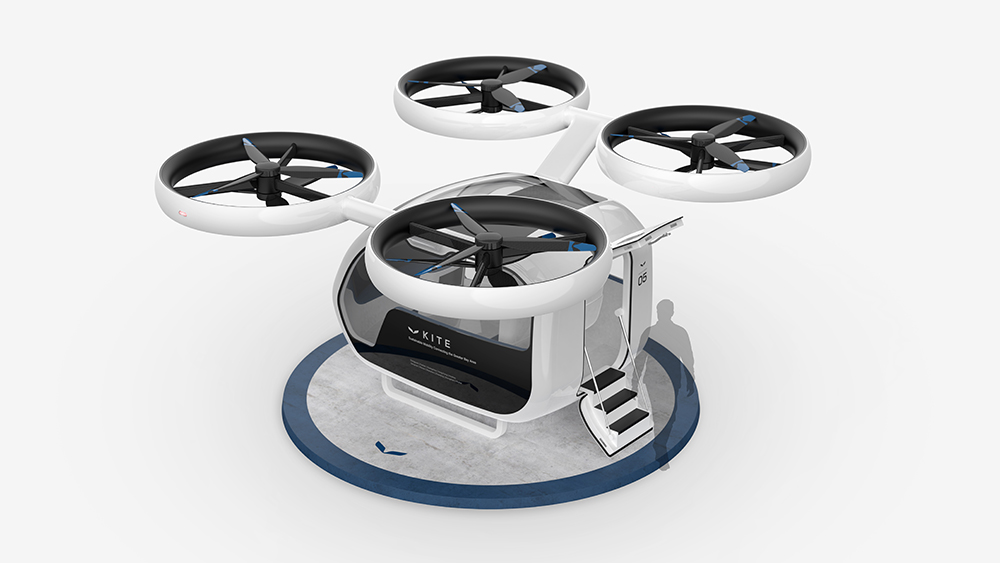 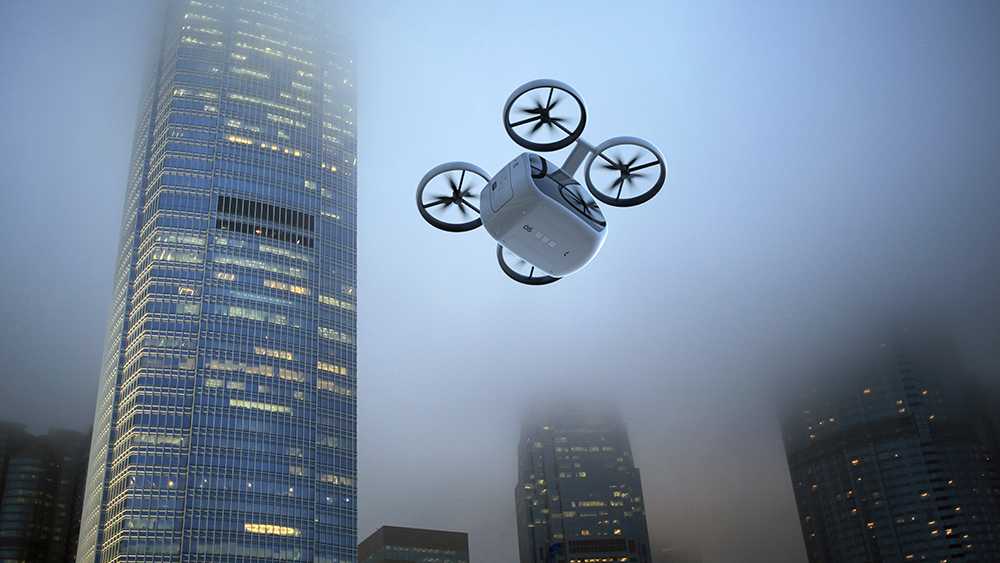 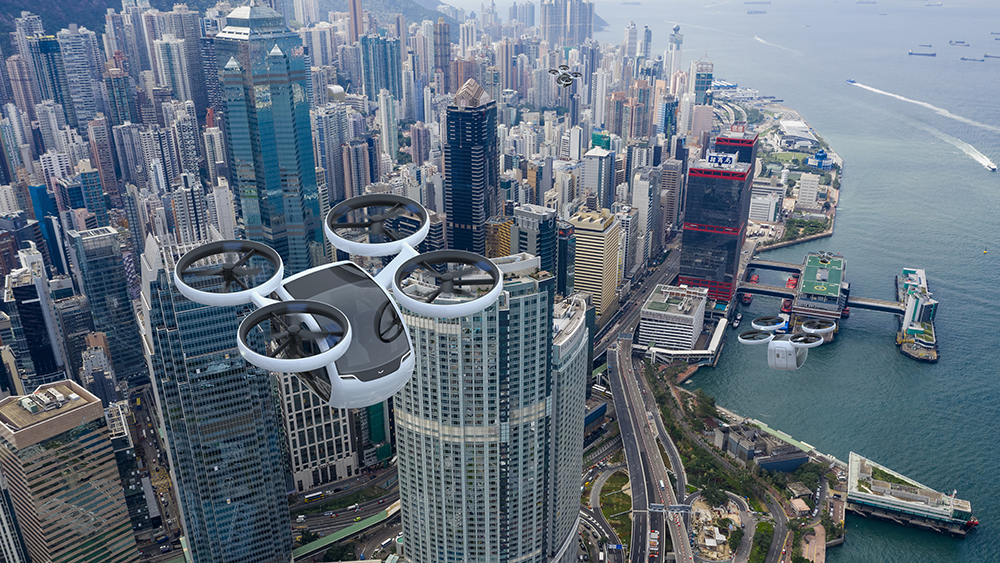 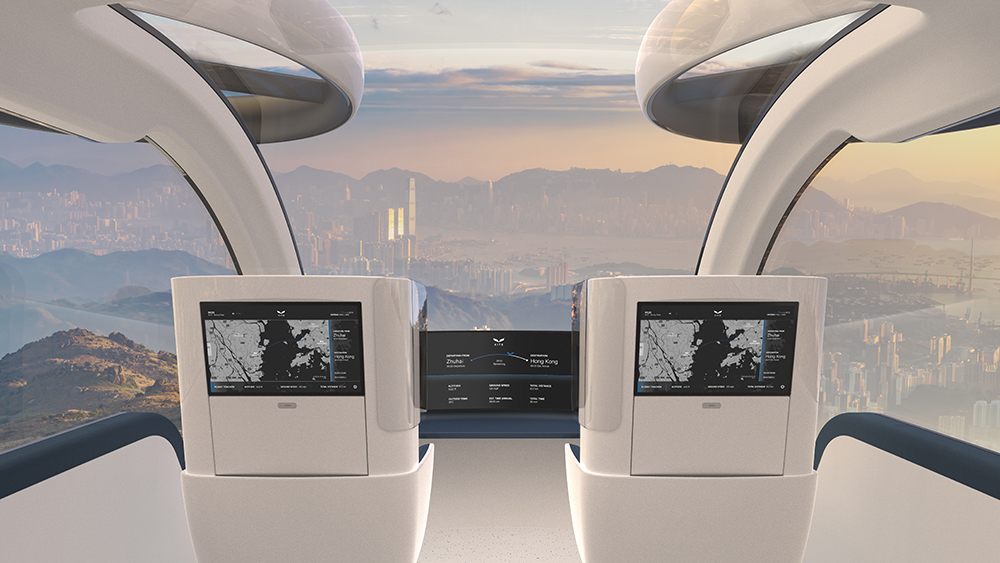 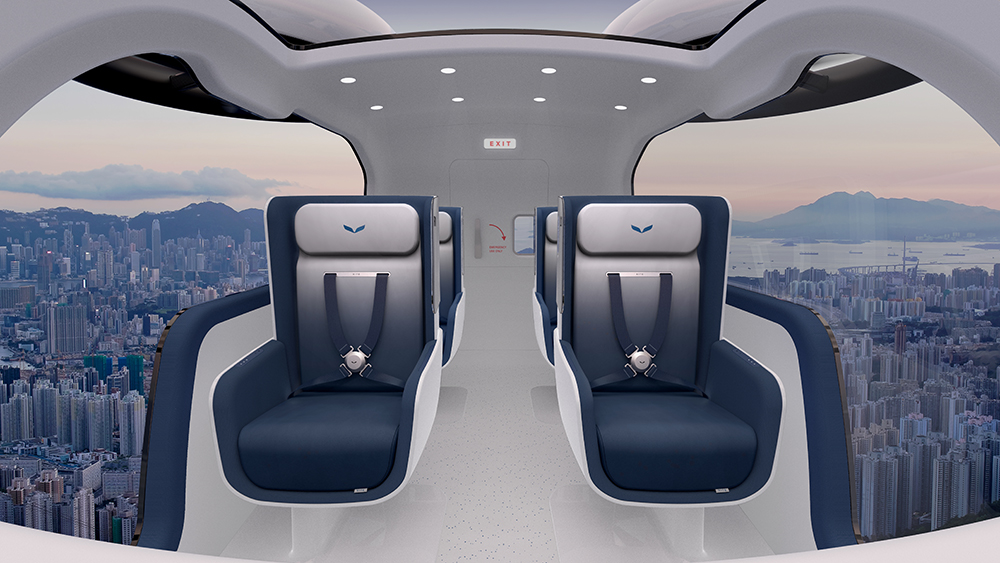 Designed to ferry commuters in the post-Covid era.

The push for viable electric air taxis has only intensified amid the Covid-19 pandemic—and that’s no less true in China. Now, an Italian designer has introduced a flying drone concept conceived to help Chinese commuters traverse one of its most important industrial hubs in the post-Covid era.

Penned by Andrea Ponti, Kite is a fully electric, autonomous drone that can carry up to four people. Ponti envisions it connecting the regions of China’s Greater Bay Area. This area, which is comprised of nine cities and two special administrative regions, will be key to reviving the country’s economy after the pandemic, and Kite represents a potential new way to get tourists and workers to the megalopolis sans emissions.

Inspired by the black kite, Hong Kong’s most familiar bird of prey, the aircraft is fast, agile and intelligent just like its muse. It sports a composite material fuselage that is rounded and compact to minimize drag and optimize maneuverability during flight. Propulsion, meanwhile, comes in the form of four double-helix rotors, which allow Kite to hover, climb, descend and turn. The aircraft also features LED headlights to help with landing and low-altitude flying. 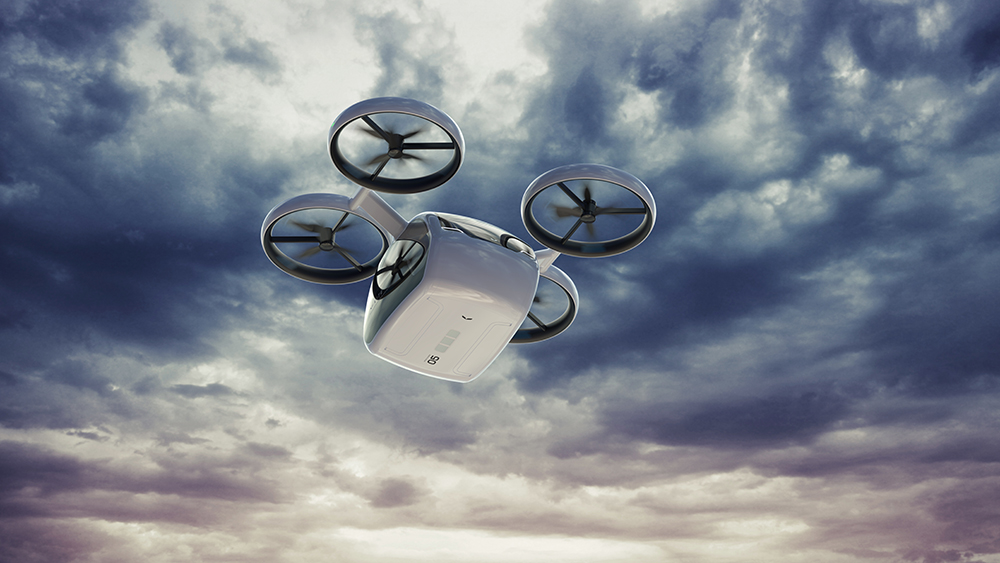 Inside, the layout recalls a private jet. The cabin, which is accessed through the rear, sees a central aisle with two single seats along each side. The seats are fitted with a quick-release harness and sport a sleek polycarbonate shell. They can, of course, recline and feature a soft fabric lining and leather cushions for a touch of luxury. There are retractable tray tables integrated into the armrest for your requisite in-flight G&T and two rear screens that display all the pertinent info. There is also under-seat storage for carry-on items and space behind the back seats for larger bags.

At the end of the trip, Kite will deploy its retractable skids for a smooth and safe landing. Once on land, the drone docks onto a platform to allow for easy embarking/disembarking and recharges itself for the next flight.

“With its sophisticated design, composite materials and advanced technology, Kite is a sustainable and attractive alternative to more traditional forms of air or land transport,” Ponti said in a press release.

This is certainly one Kite we’d like to see take flight.