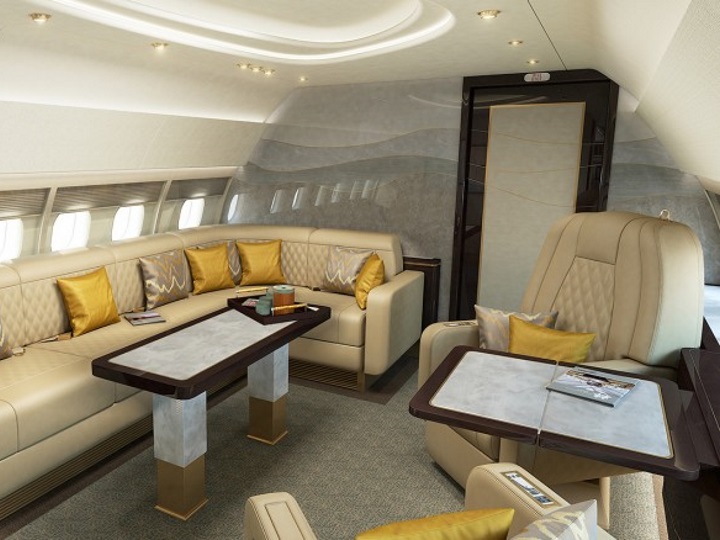 The Crystal Cabin Award is billed as the world’s most prestigious prize for innovations in the field of aircraft cabins.

The Crystal Cabin Award is to aircraft interiors what the Oscar is to films. Earlier this year, a couple days after the Academy of Motion Pictures Arts and Sciences announced the nominees for this year's Oscars, the Crystal Cabin Award Association released its shortlist for the 2017 honours. The winners will be announced April 4 in Hamburg, Germany, at the start of the annual Aircraft Interiors Expo.

The Crystal Cabin Award competition was launched in 2007 by Hamburg Aviation, an association of the city's aviation-related companies, research institutions, and educational institutions. The award is billed as the world's most prestigious prize for innovations in the field of aircraft cabins.

The winners are selected by a panel of academics, engineers, aviation journalists, and executives from airlines and aircraft manufacturers. Here are some of the business-jet and premium-class-airliner cabin designs and concepts that made the shortlist. (crystal-cabin-award.com, aircraftinteriorsexpo.com) Created by China's Ameco Beijing for the business-jet version of the Airbus A319 airliner, this cabin concept features a master bedroom with a bathroom and shower, a VIP lounge with two club seats and a divan that holds five people, and a large guest area with eight mini suites and a bathroom.

The interior's design motif was inspired by the traditional Chinese ink-and-wash landscape paintings of the Song Dynasty (960–1279). The cabin is intended to accommodate 10 passengers. Mercedes-Benz Style collaborated with Lufthansa Technik to create the VIP cabin, which is designed for narrow-body aircraft such as the Boeing BBJ and Airbus ACJ. The front of the cabin features a galley in which food can be cooked instead of just heated and served. This section of the cabin also includes a VIP lavatory.

In the aft part of the cabin is a bedroom with a king-size bed, a concave-shaped and upholstered head wall, and a glass-enclosed shower. The cabin, which accommodates 16 passengers, has a helix shape that enabled the designers to eliminate many lining and wall elements. Kestrel oversaw the design and completion of this custom-configured Boeing Dreamliner, an aircraft that can make 17-hour flights and, in airliner form, carry 240 passengers. The forward area of the lounge is furnished with twin sofas that slide together electronically to form a daybed that faces a 55-inch (139.7cm) video screen. Adjacent to the sofas are four single seats (two on each side of the aircraft) with pop-out tables that can serve as workstations.

In the master suite, the walls are equipped with extra soundproofing to further insulate the space from engine noise and sounds from the main lounge. The suite is furnished with a California king-size bed, a 42-inch (106.6cm) video screen, and a refrigerator and freezer in the dressing area. This cabin design features 18 seats that recline fully flat and are aligned in a 2-2-2 configuration, making it ideal for people traveling in pairs. T

he seats are equipped with intuitive controls and an in-flight entertainment system that you control with a large-screen tablet that's integrated into the seat arm. Each seat is also equipped with an adjustable partition that contains natural reeds embedded in resin. The lie-flat seats in the Business Suites, which were designed in collaboration with Marc Newson and are available on 26 Qantas A330 aircraft, are billed as the first in the world that allow passengers to recline from takeoff through landing. The suites are configured in a 1-2-1 layout so that every passenger has direct aisle access.

Each suite also has a do-not-disturb feature: The suite number glows red, indicating to the cabin crew that the you want to be left alone. Other features include a 16-inch (40.6cm) video screen, a large vanity mirror, an integrated coat hook, and a water-bottle holder that has been certified for use during taxiing, takeoff, and landing. In the airline's new all-suite business cabins, each passenger has a private space that is accessed by a sliding door and includes stowage areas, an advanced in-flight entertainment system, and premium materials, trim, and finishes. The suite is scheduled to debut this year on Delta's flagship A350-900 aircraft and be retrofitted on Delta's existing 777-200 fleet beginning in 2018. Designed for the business-class section of the airline's wide-body international fleet, the suites are configured in a 2-4-2 layout that provides each passenger with direct access to an aisle. They include plenty of stowage and work space and offer on-demand entertainment. Each is also equipped with an illuminated do-not-disturb sign.

Passengers will have access to the Polaris Lounges that are opening at various airports. In the lounge, you can have a meal, take a shower, or relax on a chaise lounge. The Polaris business-class program launched in December with the opening of the first lounge, at Chicago's O'Hare airport. The seats are expected to debut on the airline's Boeing 777s early this year.