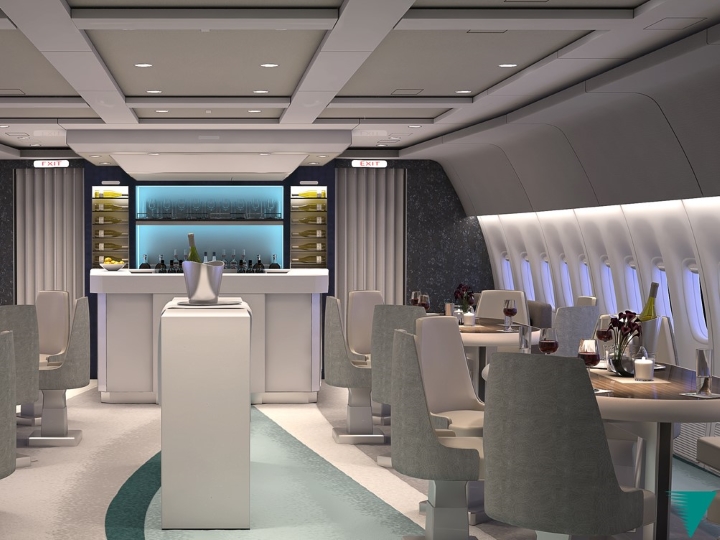 There are few experiences to rival a trip to the world’s 10 Peninsula hotels aboard a private Boeing 777-200LR jet.

Since 2015, Crystal Cruises and its maverick CEO Edie Rodriguez have been on a mission to push the boundaries of luxury travel. Six newly built cruise ships will hit Europe’s rivers throughout the next three years or so, and three 100,000-gross-ton cruise liners with privately-owned condos will start hitting the water in 2022.

Now, following the launch of its first Northwest Passage itinerary last August (and becoming the largest vessel to ever traverse the notoriously remote Arctic Ocean sea route), the up-scale cruise company has yet another first up its sleeve — a trip to the world’s 10 Peninsula hotels aboard a private Boeing 777-200LR jet. Departing from the Peninsula New York (above) on August 21, the 27-day inaugural Crystal AirCruise ($US159,000 or about $A207,000 per guest) visits two additional US cities (Chicago and Los Angeles) before crossing the Pacific to Tokyo for two days. Guests then explore three Chinese cities (Beijing, Shanghai, and Hong Kong) and venture south to the capitals of the Philippines and Thailand, ending the trip with four days in Paris (Peninsula’s first European property). On-the-ground, activities are customisable, but everyone should expect brand new rooms and suites at the Peninsula Chicago, which underwent a remodel last year for its 15th anniversary, and at Peninsula Beijing (below), which is still undergoing a $US123 million renovation. While at Peninsula Tokyo, guests should also check out the Imperial Palace across the street, take a sushi class with the hotel’s head chef Teruyuki Kojima, and watch a private showing of a traditional Kabuki performance. Other standout offerings include Tai Chi classes at the UNESCO World Heritage Site Temple of Heaven (an imperial complex of religious buildings in Beijing), a private dinner at the Great Wall of China, and a dinner and fireworks celebration during the Loy Krathong festival of lights, where guests will also be able to pay respect to Thailand’s ancient goddess of water by floating their own lotus-shaped rafts and candles. Onboard the private Boeing 777-200LR jet, service is comparable to the white-gloved attention to detail that Peninsula is known for. Each of the 84 guests has access to fully reclining seats that extend flat into 73.5-inch beds, Bose noise-cancelling headphones, Apple iPads pre-loaded with personal itineraries, free WiFi, USB ports and power outlets, and a 61-centimetre interactive TV with on-demand programming and a music library.

Exquisite meals are prepared by an onboard executive chef and served with a premium wine list with over 300 world-class vintages and can be enjoyed at your seat or in the separate social space, which includes dining tables and a stand-up bar. There is also a team of Crystal Skye Butlers to attend to your every whim. (crystalcruises.com)