You’ve done well in life. The garage has swollen to several excitable cars with silly doors and even sillier exhausts. And then the garage becomes an offsite warehouse while you talk to the council about the very real need for a below ground, backyard lair to house your many exotic wonders. But where to go next from this already gilded point of auto ownership?

Might we suggest trying something from Ferrari? Specifically a former Formula One car. Preferably one of the properly loud, older ones. Perhaps even one of those in which Michael Schumacher won a race or two… Yes, through the F1 Corse Clienti program, one of these dream machines could be yours.

This might seem fantastical, and damn fantastic, but also know it to be something that those generous folk at the famed Italian marque only offer to a select group of most-trusted (read: wealthy) customers.

And, amusingly, don’t expect to take part in F1 Corse Clienti if you look like Clive Palmer or James Packer – because if you’re not small enough to fit into an F1 car, you’re not allowed to buy one.

“These cars were made to be driven, and we insist that they are,” states Antonello Coletta, head of Ferrari’s Sporting Activity Department.

That’s right, as insane as it seems, Ferrari won’t let you purchase its treasured, history-making cars and park them in a living room (in fact, they don’t really like you taking them home, preferring to store them at Maranello before flying them out when you want to drive them). And you have to be willing to attempt to master them.

As imagined, particularly in the case of some of the more mental V10-versions from the deafening days of yore, this is quite the challenge. And it’s no good trying to tool around a track slowly just so you can feel like a hero.

“You need to go fast enough to get heat into the tyres, and, to get the downforce, you have to have enough speed to trigger the aero or you’re just going to spin off straight away,” Coletta adds, grinning like the man-boy 51 year old he is.

“The first hurdle is the customer must fit in the car, that’s the first problem. When we resolve this, then everyone wants to drive it, if the fit is okay. We are lucky, because we have a lot of sporty clients, so it’s quite easy to find people to take part in such an activity.”

The program features several track days held around the world throughout the year – from the Nurburgring to Suzuka, Imola, Bahrain and beyond. F1 Cliente has been running since 2003, with “60 or 70 drivers and owners”, of which roughly
a dozen turn up to each event, happy to fork out an easy million (and more) for the opportunity annually.

To take part, of course, they also have to first prove they’re good enough.

“Honestly, it’s impossible that any driver could take a car like this on to a track and do an event without a lot of experience – it’s simply impossible, they would not be physically able,” Coletta insists.

“So first we organise a test [at Ferrari’s private circuit] Fiorano, when we deliver the car, with our drivers, like [F1 test driver] Marc Gené, and we look at the situation. Marc will tell you the average level is very good and the hardest thing is putting the car in first gear, and getting it out of the pits. With older cars this was even more difficult, with the hand clutch.”

There’s also the small matter of being able to use an F1 car’s complex steering wheel. Colette says this, on its own, takes half a day of training. 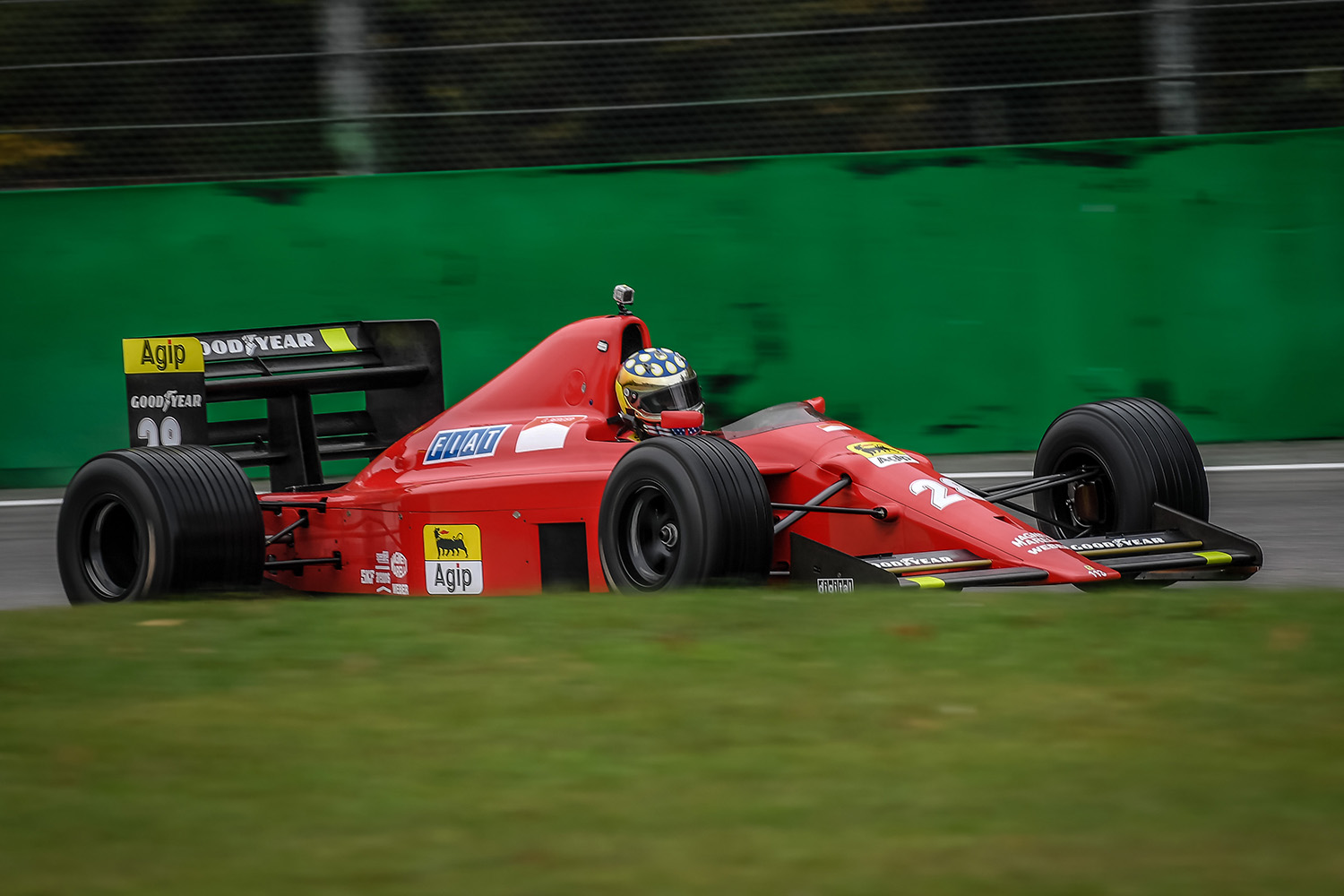 “The first time driving, for any customer, it’s very noisy, but honestly, after four or five sessions around Fiorano, it’s possible to enter in our events and drive with maximum safety,” says Coletta.

Spins and crashes are apparently – and perhaps surprisingly – minimal.

“We see a lot of joy from people, a lot of happy people. This is a game, an expensive game, but it’s a game. It’s not about racing, it’s about experiencing these amazing cars.

“Customers who drive the F1 – it’s the maximum for them, it’s the best dream, to drive a Ferrari F1. To own a car like this, and to drive it, and why not to have the chassis that Schumacher won two or three races with? Or Massa or Raikkonen?”

Some of those cars, those chassis, are even signed by their former pilots.

“It’s a piece of motoring history, but we let people drive it,” says Coletta.

By this stage in our Italian tour we’ve reached the inner-sanctum of Maranello, where the F1 cars are stored. Coletta is waving his arms theatrically, gesturing to the wondrous collection of racing masterpieces that date back to the 1980s.

Our jaw is on the floor given we’re able to glimpse more than 50 heroic cars of days gone by, in various gleaming red hues. We’re also able to examine the strange development of the F1 seating position, which is now akin to lying in a bath and using your feet on the taps to drive.

The big question, of course, is just how hard are these lucky punters driving these things? If Schumacher drove an F1 car
at ten-tenths, at what level is a customer – four tenths? Five?

Coletta looks as if we’ve just suggested drinking coffee is about to be made illegal and delivers a noise of obvious dissent.

“No, no, no. Schumacher’s teammates drove at five-tenths compared to him. For the customers it’s much lower, maybe like two or three tenths,” he shrugs.

Firing up a Ferrari for a track day requires a team of engineers and their laptops, the original Pirelli rubber and some very expensive spare parts. Unfortunately, that’s the cheap and easy version, compared to modern F1 cars. As Coletta explains, the Clienti program has been forced to cut the sale of cars from the 2013 season onwards.

“The new generation cars are too complex,” he says. “With the old ones you can get them running with four or six engineers – but you need 24 or 25 people just to run a car from 2014 and beyond. 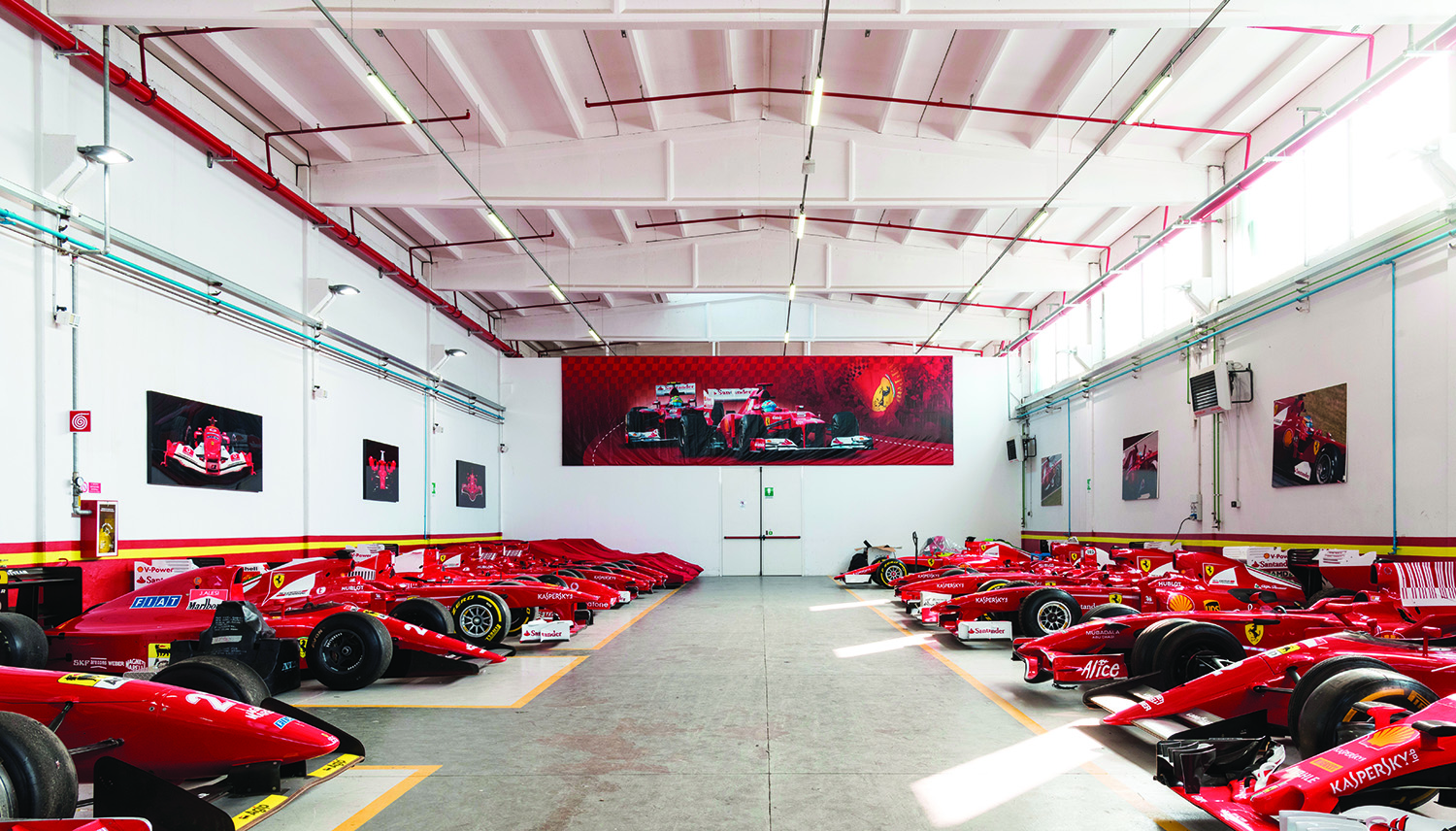 “It’s also very dangerous, because if you don’t manage it, someone can be electrocuted, because of the KERS
[kinetic energy recovery system]. But we are working for the future to some kind of solution for these new generations.”

Coletta adds: “We are uncomfortable to have the Ferraris not running, so we will have to find another way. Selling it to someone just to have it standing there is not our philosophy.”

It should come as no surprise that Coletta, a Ferrari employee of 21 years and a fan for even longer, nominates the older F1 cars as his favourites (and he hints that he’s pretty much driven them all).

“The older car was better than the car of today – just look at the clean lines, the passion, the appeal… For me they were completely different, honestly,” he says.

“I love all the cars of the past, they were a more human car, no need to sit with your feet higher than your nose.

“And with the older rules it was easier to make a lot of chassis. Today there are very limited number of chassis, only six or seven a year. In the past it was nothing to have 10 or more, and then we had more engines, too; an engine for the qualifying, an engine for the race. We have a separate storage area with an amazing number of engines. It’s just fantastic.”

Fantastic is indeed the word for the heady world of the F1 Corse Clienti program. Fantastic – if you can afford it.