What’s a (middle aged) man to do with a yellow sportscar?

Let’s just cut to it. The 911 Carrera 4S – that is, in 2019 next-gen 992 guise – is a masterful sports car. It’s a doting student with a hand always raised – answering every question you ask of it while eagerly poised to take on more.

It’ll belt you from 0-100km/h in 3.6 seconds – driven by an aft rear axle 3.0-litre twin-turbo flat-six that produces 331kW and 530Nm, mated to an eight-speed dual-clutch transmission (PDK in Porsche speak) that’s lightning quick on the shift.

It’s throaty in Sport Plus (theatrical at times given those turbos) and easy listening in Normal. It’ll also do the weekly shopping and pick up your elderly mum for a spin to the local tea house (because tea houses are a thing and exist outside of Leura/Daylesford). 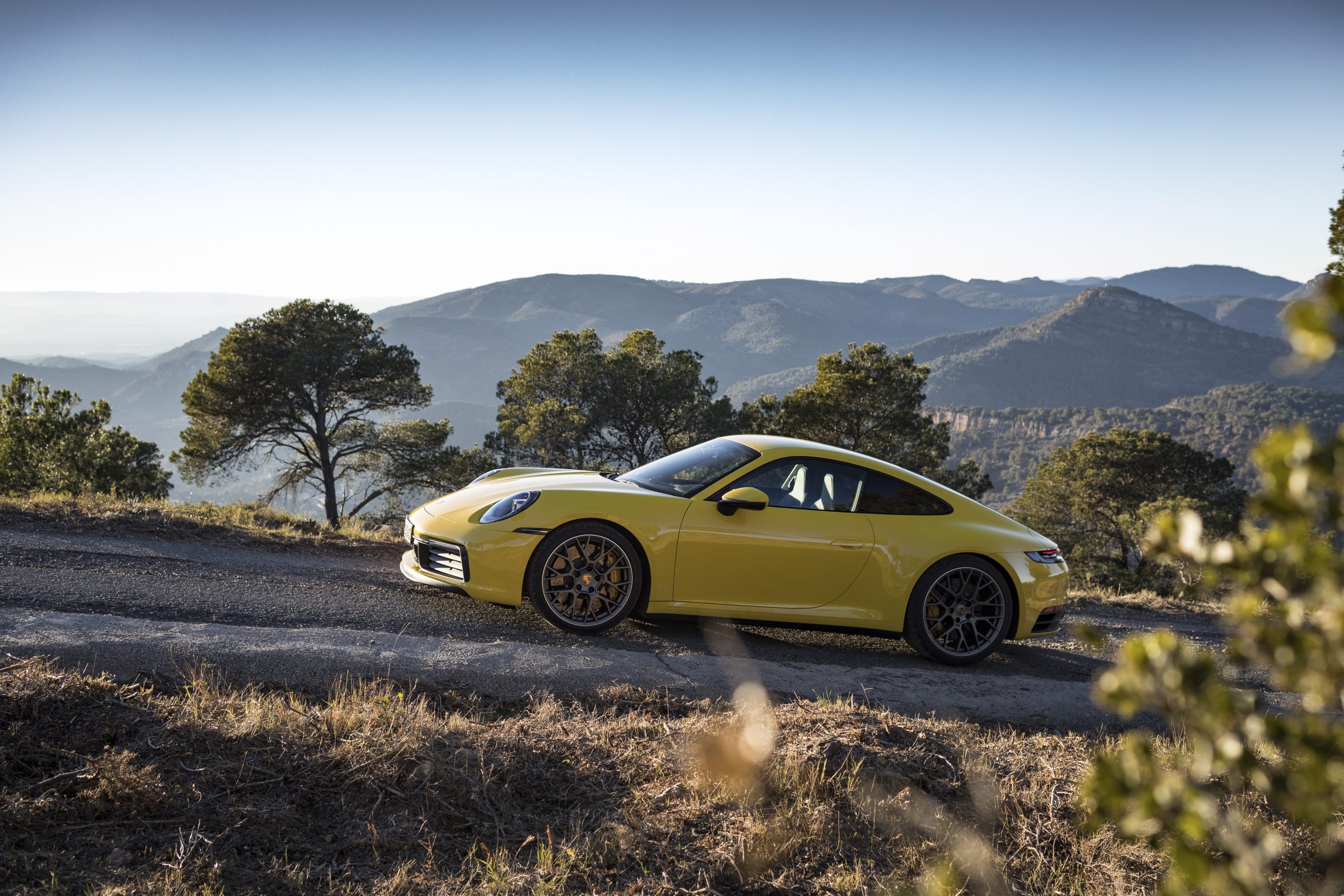 This car is pure class – be it driven daily or saved for a Friday boost through bushy landscapes. Indeed, over a favoured set of descending twists not too far from the Sydney CBD, it delivered pure driving connection – turning in and out with a sense of ease; with you all the way.

While AWD usually stands for ‘No Fun Here’, the right throttling allows for some sideways playfulness, though maybe that’s more to do with the alluring rear-bias set-up. See – this thing instils driving confidence. 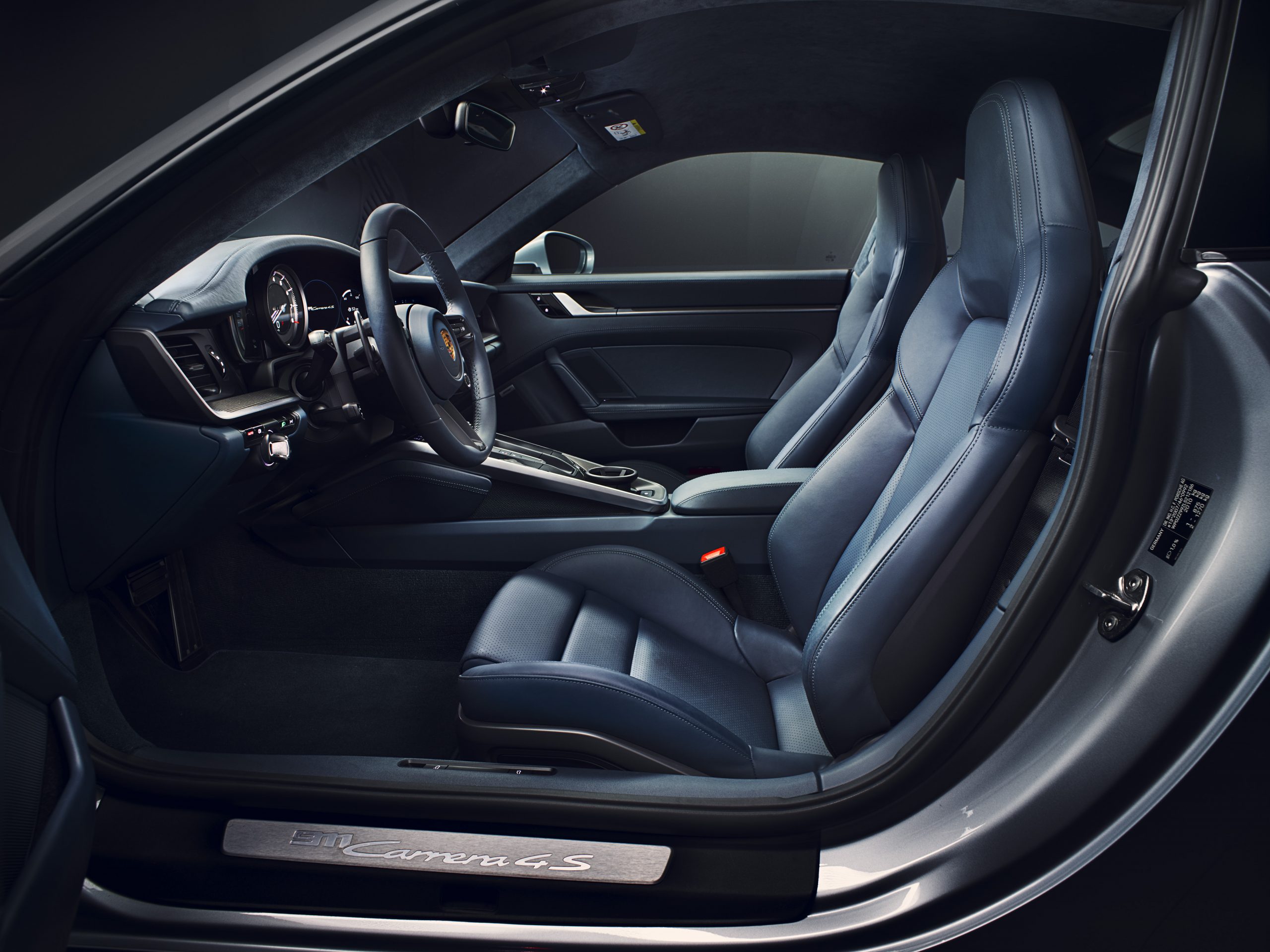 Inside it’s all easy and premium. Outside it’s all wide-bodied beauty – recognisable, sure, with bonnet lines that wink at the ‘80s, though there’s also visible contemporary flourishes that speak of its freshness (that full-width tail light, those vertical rear vents).

To say that this is a small step up from entry-level is bonkers. But then it’s Porsche and for 50 years everything that’s been done with the 911 is rather unsurprising. Because it delivers time and time again. Because, as is well documented, this is is the sportscar on which all others are measured.

The one thing we did come to question – the colour. Racing Yellow, to utilise its proper nom de hue.

Sure it’s all happiness, positivity, energy, sunshine and optimism to some. But then it’s also the colour of cowardice and deceit. Bananas, they’re yellow. Minions too. Raincoats as they used to be, lemons, the ‘90s Australian ODI team, daffodils, plastic ducks, baby ducks (aware they’re called chicks), hard hats, The Simpsons and SpongeBob. 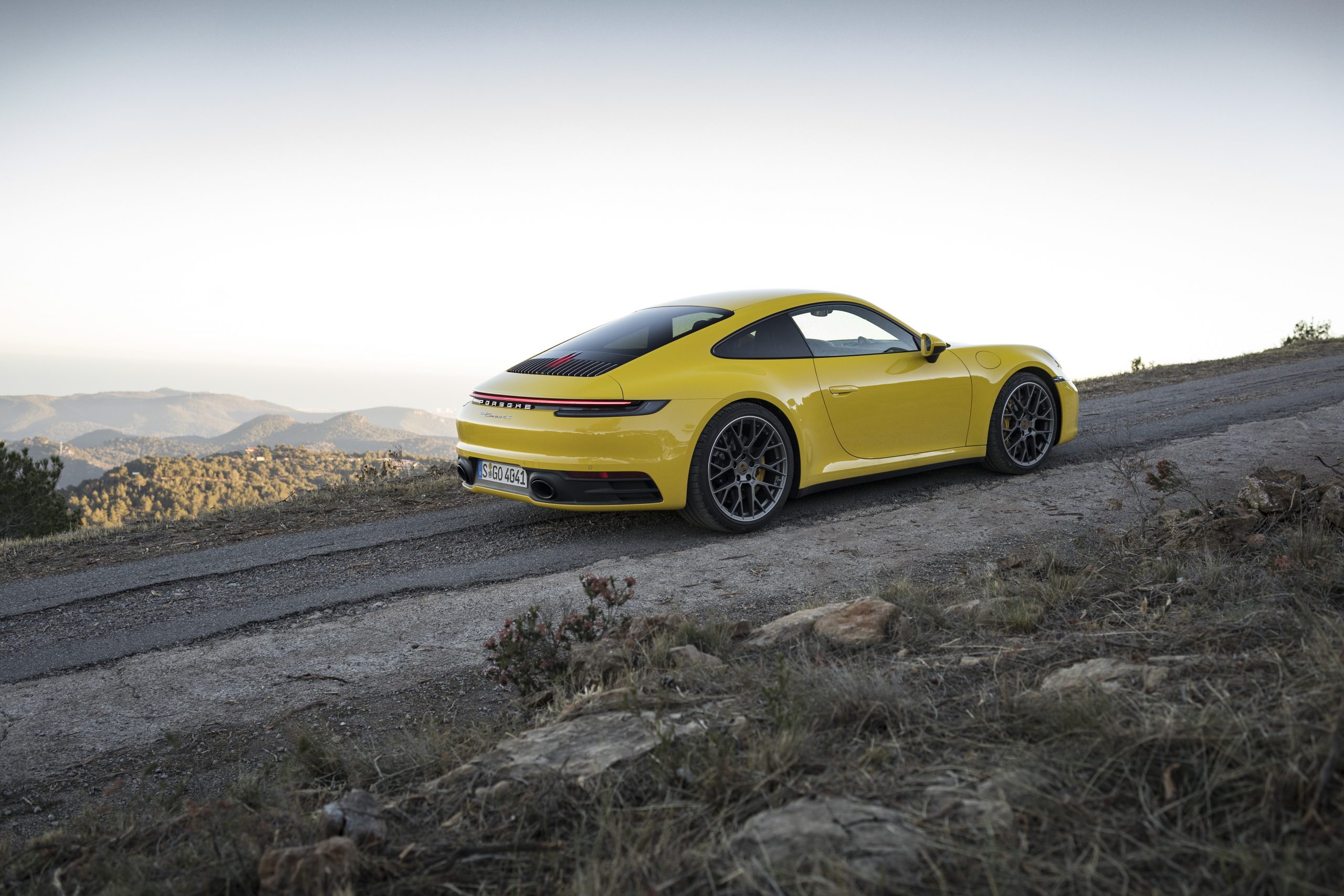 Yellow is also a Chris Martin tune and I tend to loathe Chris Martin tunes. When it comes to the colour of cars, I stray from black to black to matte grey (with black pack) as an extreme. And so it was a shock to grab the keys for the aforementioned drive and be introduced to a car that does a whole lot more than gently ask someone to look in its direction.

Yellow is indeed bold. Especially when paired to optional yellow seatbelts ($930, thanks). And so it was my initial dalliance with the 4S was framed by a tangible sense of unwanted self-awareness – unable to shift thoughts that as a man who’s recently felt the arthritic caress of middle age, ‘Porsche plus shouty yellow equals certain wankery’. 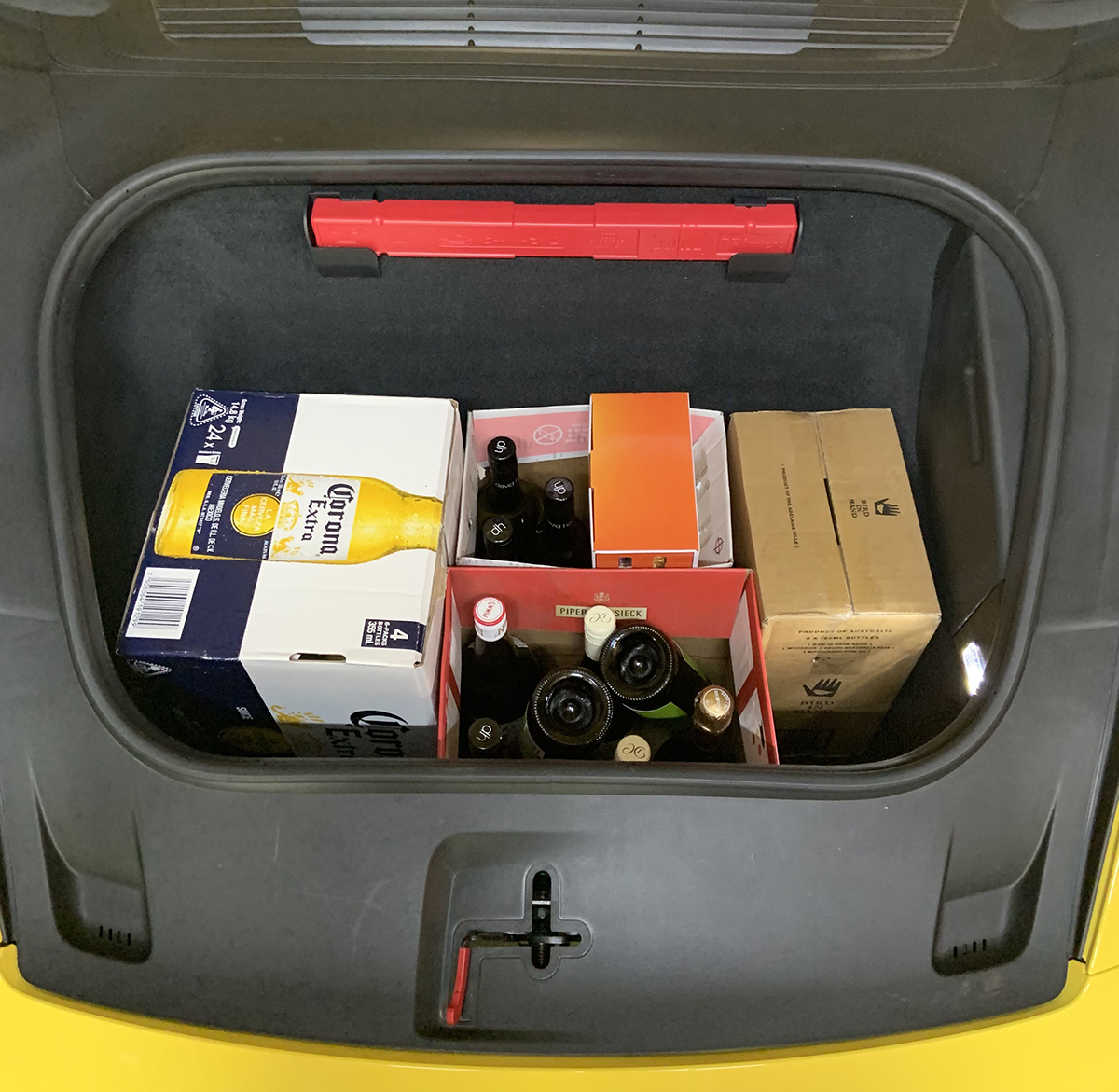 Enough room in the frunk for the weekly, ahem, shopping.

Two hours in and such thoughts were slipping from sight via the rear-view. Because after two hours of driving this stupidly well put together car you couldn’t give a single Minion about its exterior. After two days, I came to view the hue with a smile (especially against contrasting black wheels and rims) – even when my wife decided Coldplay to be the perfect accompaniment to a day out in this wonderful machine.

The one-of-400 coupe was built to celebrate the marque’s 40th anniversary and third consecutive WRC title.

The motorised drawer can be deployed at the touch of a button.