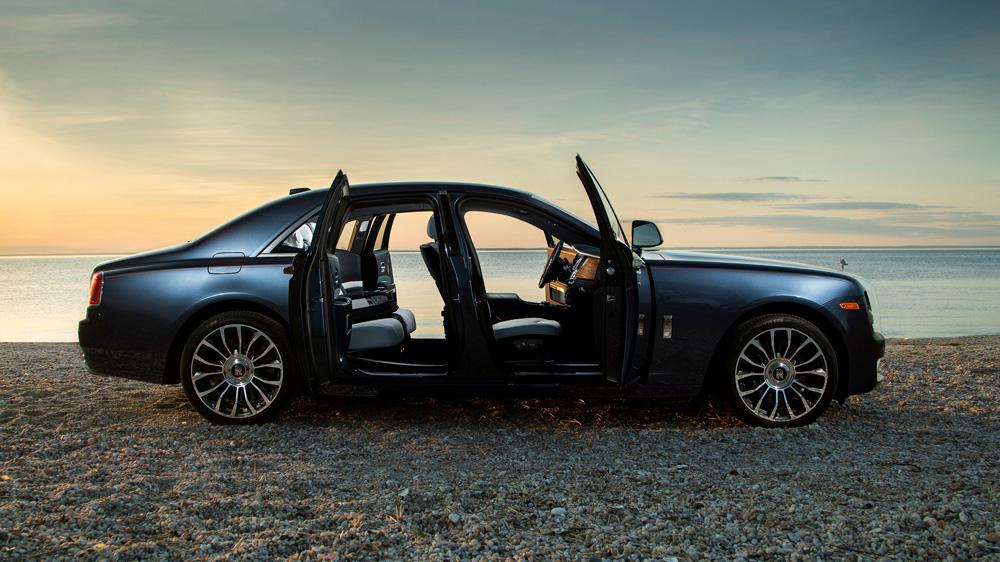 Rolls-Royce Is Giving Up The Old Ghost

Here’s everything we know about its next incarnation.

Rolls-Royce once claimed that at 100km/h, the loudest sound you heard in one of its cars was the ticking of the clock. And now the clock is certainly ticking, counting down to the all-important reveal of the British marque’s third-generation Ghost.

It’s a vital model for the automaker. Since the Ghost‘s debut, back in 2009, it has become the most successful Rolls model ever, responsible for helping change the image of the brand and reducing average buyer age to around 43 years old.

Rolls-Royce announced last winter that it would mark the end of current Ghost production with a 50-example run of the Zenith Collector’s Edition variant of the model. Seems there are 10 “commissions” still available, each with special two-tone paint, bespoke wood and leather and a special plaque.

With the new 2021 Ghost III scheduled to have a “virtual” world premiere as early as September, and the first cars slated for delivery at the beginning of the year, the question becomes whether to opt for instant gratification with the Zenith Collector’s Edition or delay until after the next-gen debut? To help, here’s what we know about the latter:

The outgoing Ghost shared much of its steel monocoque chassis with BMW’s 7 Series sedan. The new iteration, however, is based on the same “Architecture of Luxury” platform that underpins the latest Phantom and Cullinan. That means lighter aluminium instead of steel for reduced weight and greater body rigidity.

We’ve seen spy shots of new Ghost prototypes lapping the Nürburgring racetrack in Germany, emerging from BMW’s M-Performance development facility and being benchmarked on the track against a hot-shot BMW M5. That bodes well for sharper handling being a priority of the new Ghost.

We’re hearing speculation that four-wheel drive may feature for the first time on the new Ghost. Developed from the Cullinan’s system, it’s a move that will no doubt garner rounds of applause from buyers in the world’s snowy regions. Also, expect an active anti-roll system and four-wheel steering, again, to reduce body roll and improve agility—areas of criticism with the current Ghost.

Despite Ghost III being new from the wheels up, don’t expect big changes to the styling. But just as the Phantom evolved, the new Ghost will likely get a larger, bolder grille, a smoother look to the front end, and a more sloping roofline. And don’t worry, those signature rear-hinged rear doors will stay.

While there’ve been rumours of Rolls-Royce developing its own V-12 engine, Goodwood is expected to continue with a RR-developed version of BMW’s silky-smooth 6.6-litre twin-turbo V-12. It’s the same engine that currently powers the Phantom and Cullinan, though expect maybe a slight hike in output from the current 420kW.

While the standard-wheelbase Ghost will be the launch model, expect an extended option to quickly follow, along with a performance Black Badge edition. New versions of a Ghost III-based Wraith coupe and Dawn convertible are maybe two to four years out.