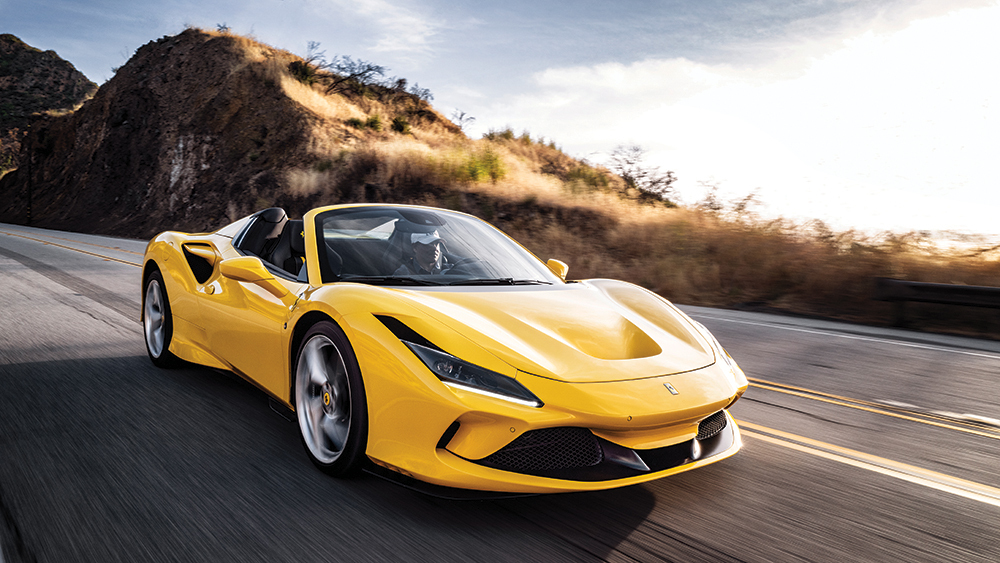 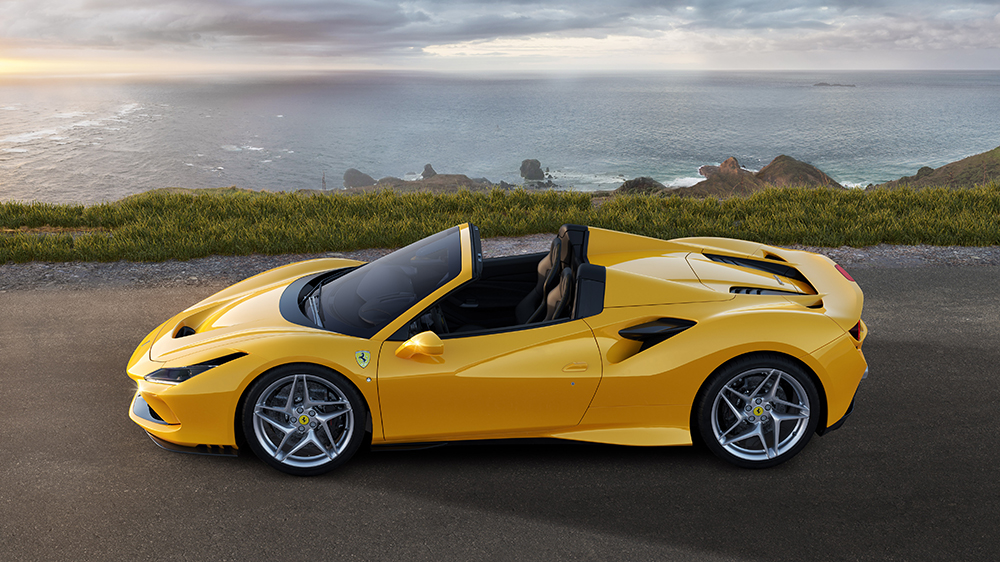 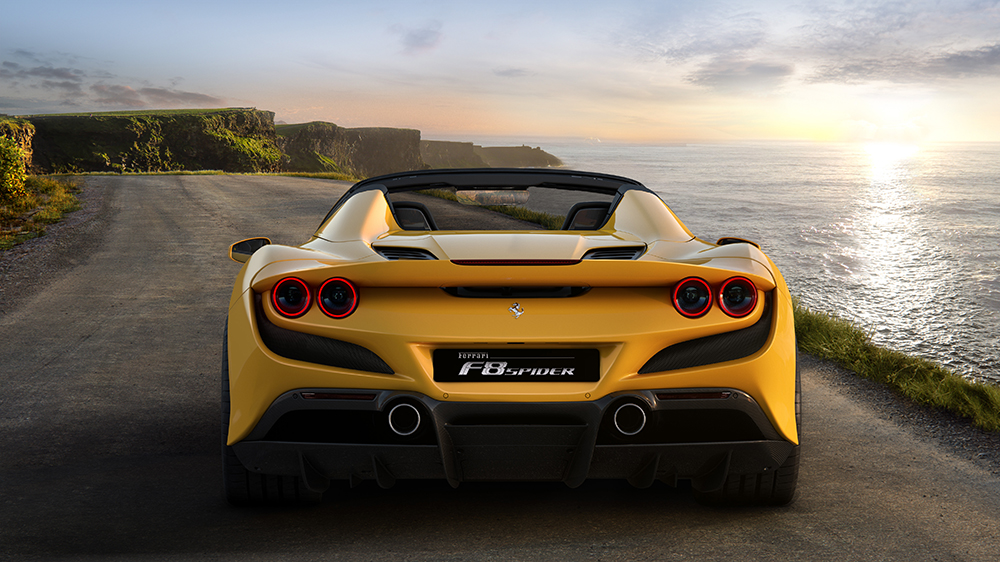 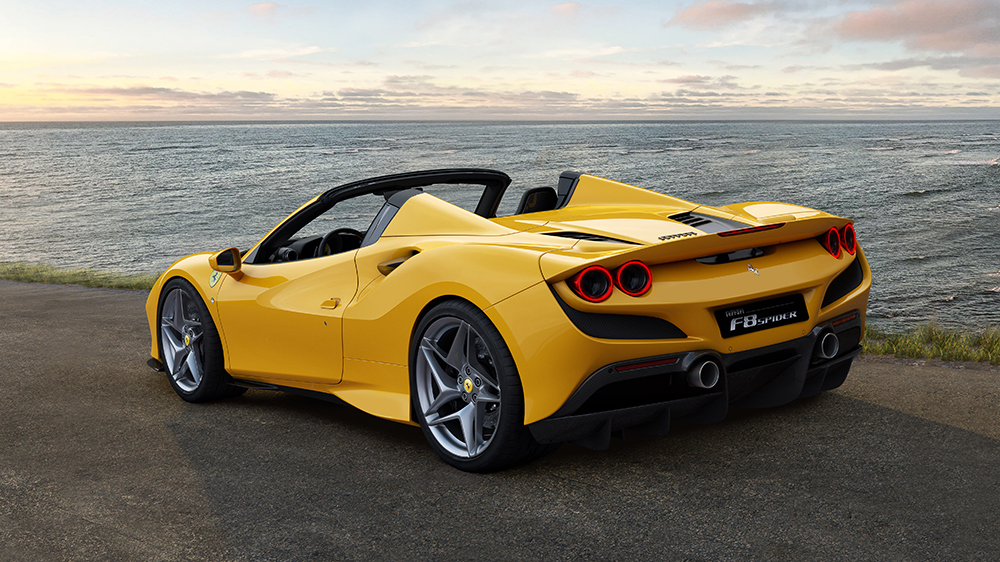 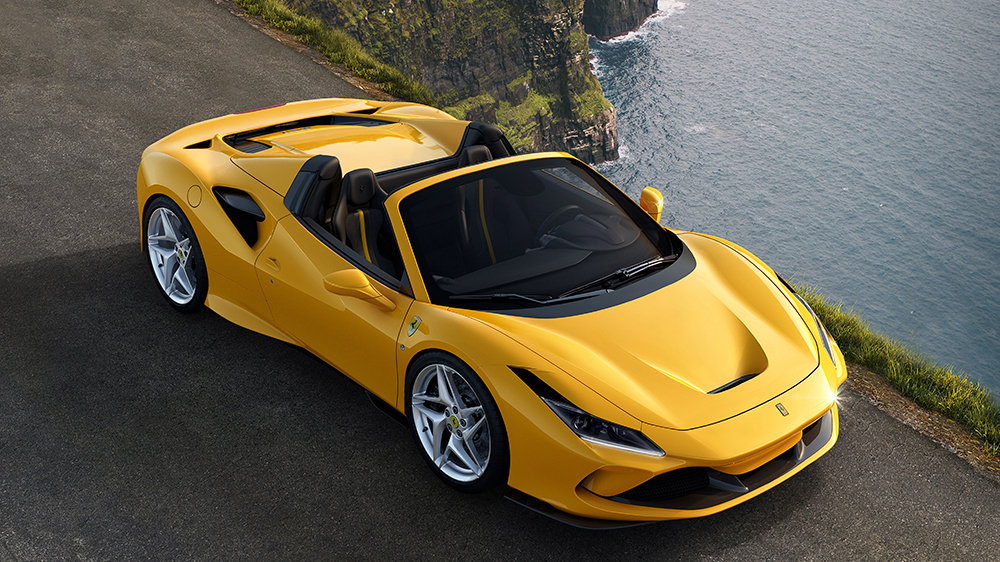 The convertible’s agility and acceleration make up for the surprising engine note.

For eight decades, Ferrari has battled the competition with a combination of performance and raw power, from its early, walloping V12s taking on all comers in the motorsport ring to its more recent focus on precision and balance in the form of turbocharged eight-cylinder road cars. To that end, the Ferrari F8 Spider is a quick and powerful jab that, for better or worse, won’t leave your ears ringing.

“Put it in Sport mode so we can really hear the engine,” says my driving companion during a traverse of challenging canyons. A fair request, but one problem: The car has been in Sport, the standard setting, the whole time. Compared to the 12-cylinder bombardment of Ferrari’s 812 Superfast, the F8 Spider produces few fireworks when downshifting through the seven-speed dual-clutch transmission.

Which is a shame, since the engine is hardly lacking: With 520kW and 770Nm of torque, the 3.9-litre twin-turbocharged mill is one of the Italian automaker’s most powerful V8s to date. But leave aside the underwhelming engine note; where the 1400kg Prancing Horse really excels is handling, carving turns as if by magnetic levitation—think bullet train for two—thanks to a suite of driver assists that reduces the steering ratio and suspension roll. On a road that barely extends past the vehicle’s flanks, I thread a descent in third gear as the Michelin Pilot Super Sport tyres bite with pit-bull grip just inches from the driver’s-side drop-off. The back end never hints at rebelling, even when I stand on the carbon-ceramic brakes before a turn or nail the throttle immediately after. For those who enjoy a bit of sideways action, though, a twist of the dash-mounted “manettino” dial to either Race or CT Off mode will engage Side Slip Control with Ferrari Dynamic Enhancer Plus, a system that allows for intentional (and inconspicuously assisted) drifting.

Once we’re on the highway, the wide, raked windshield and retractable hardtop allow the surf-infused atmosphere to permeate the interior with minimal turbulence, even on straightaways, where the model’s lovely lack of turbo lag and improved airflow efficiency over its predecessor, the 488 Spider, is felt in full. Discomfort comes at lower speeds, where, minus a front-lift mechanism (available as an option), every parking entrance and driveway becomes an unwanted geometry lesson.

In the cockpit, the optional carbon-fibre racing seats cradle securely yet are comfortable enough for long-distance jaunts. Just make sure everything is dialled before departure since the driver’s-side infotainment is small and unintuitive; like the lacklustre styling of the door handles, it seems an afterthought. But the scalpel-sharp Ferrari F8 Spider, starting at $536,888, isn’t for those who delight in ancillary features. It’s for drivers who want to go toe-to-toe with their limits, and know the car is in their corner.