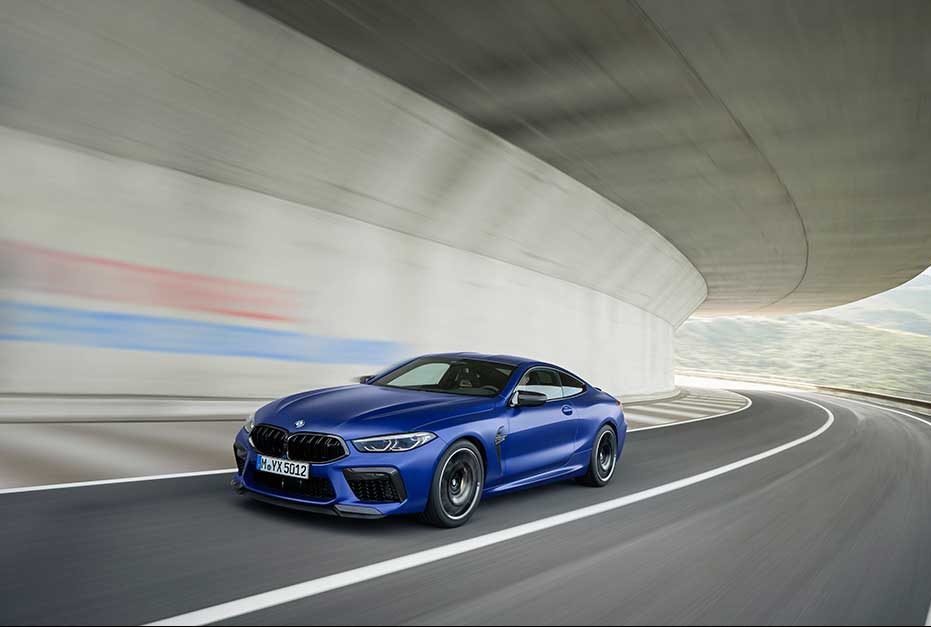 Although it has taken 27 years to arrive, this 460kW 8 Series makes up for lost time.

In the BMW universe, there’s no number higher than 8, and no letter hotter than M. It stands to reason, therefore, that the ultimate, “Ultimate Driving Machine” should be an M8. For some time, though, “should” has been the operative word.

Although BMW launched the 8 Series back in 1989, the closest the model ever got to an M variant was the 1993 E31 M8 prototype—a menacing red wedge with minimalist black piping, five-spoke wheels and a pair of imposing air intakes slashed into the rear fenders. Unfortunately, BMW didn’t have a compelling business case for an even more expensive 8 Series, nor could the automaker justify the cost of reengineering its 5-litre V-12 to comply with looming fuel economy regulations. The result? The M8 prototype remained just that—a prototype. 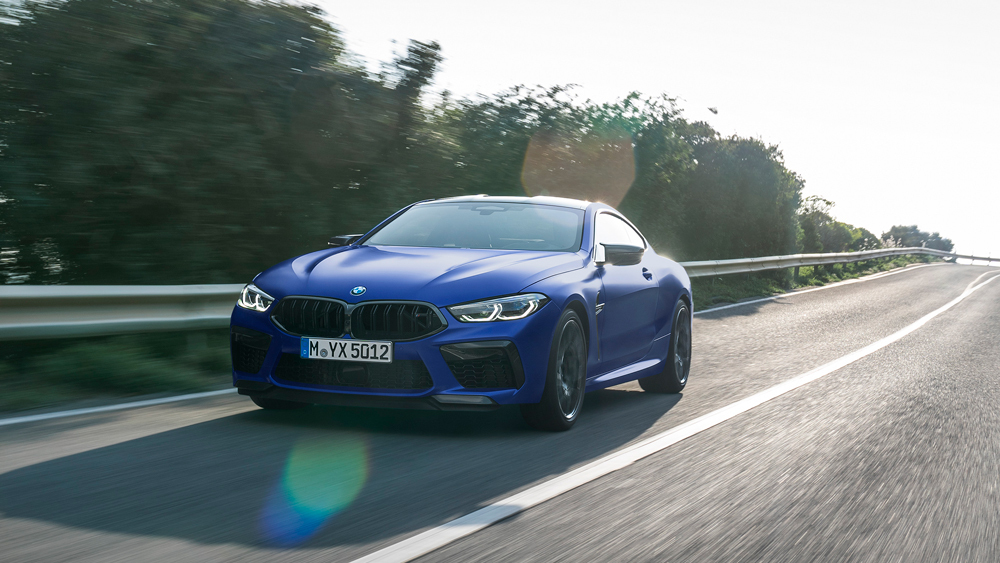 Twenty-seven years later, the economic and technological landscape is quite different, and BMW has pulled the trigger on a production M8, with six enticing flavours to choose from: the M8 Coupe, Gran Coupe and Convertible, as well as even more potent Competition versions of all three. When BMW’s concierge inquires when they might deliver one of the fastest M8s of all, the answer is self-evident: ASAP. A few hours later, a menacing growl emanating from the driveway signals the arrival of a long-awaited Bavarian dream.

For an apex performance car, the M8 Competition Coupe looks appropriately predatory—big, muscular, low slung and with its prow gaping with intakes, it looks as if it could eat the road, along with any number of lesser automobiles that might wander into its path. And although the aesthetic might be polarising (as BMW acknowledged when it unveiled the M8 concept in 2018), it’s also utterly purposeful. Those massive, aerodynamically optimised intakes channel fresh air to the seven individual radiators that keep the M8’s engine, gearbox, twin turbochargers and 460kW engine at optimum temperature under extreme conditions.

For a machine that takes its cues from the ferocious BMW M8 GTE racer, a joyride hardly qualifies as extreme. It does, however, offer a tantalising glimpse of the car’s true character. With windows down—the better to enjoy the bellows and backfires emanating from the two twin M Sport exhaust tips—I dig into the throttle and the S63 V8 unleashes a rogue wave of torque as linear as it is monstrous. There isn’t a whole lot of induction noise, at least under these circumstances, but lifting up on the gas, the deeply satisfying baritone whomp of the waste gates permeates the cabin.

In the Sport setting, the M8 Competition’s M Servotronic steering is scrumptiously sharp, the weight of the wheel spot-on even in the middle of an extended curve, precisely when many drive-by-wire systems tend to feel disconcertingly vague. The electromagnetically damped suspension is equally impressive, transmitting every ripple and nuance of the road’s surface without a hint of harshness. I can only imagine how intoxicating it would be to hammer the curbs at a circuit like Autódromo Internacional do Algarve, whose main straight, incidentally, would allow you to get somewhere close to the car’s 304km/h top speed.

I find myself somewhat less enamoured of the brake pedal, which even in the Sport setting seems disproportionately soft—and by extension, lacking feedback—relative to the prodigious stopping power of the optional, around $11,400 M Carbon Ceramic brakes. That said, without the opportunity to do any hard, repeated decelerations from sufficiently high speed, I’m not sure I have the complete picture. The simplest route, no doubt, to a full understanding of the M8 Competition’s capabilities is the approx. $3,500 M Driver’s Package, which includes a voucher for M School driver training at a BMW Performance Center.

Visions of racetracks dancing in my head, I make my way back to the city and immediately get caught in a long parade of traffic. In spite of the trope about cars with fabulous engines not needing a stereo, I’m grateful for the $4700 Bowers & Wilkins unit and crank up my favourite French pop music satellite station. Creeping along with all systems in Comfort mode, the BMW M8 Competition Coupe seems perfectly at ease. In reality, though, it’s just being polite. Deep, deep down, in the core of its being, this car wants to fly.