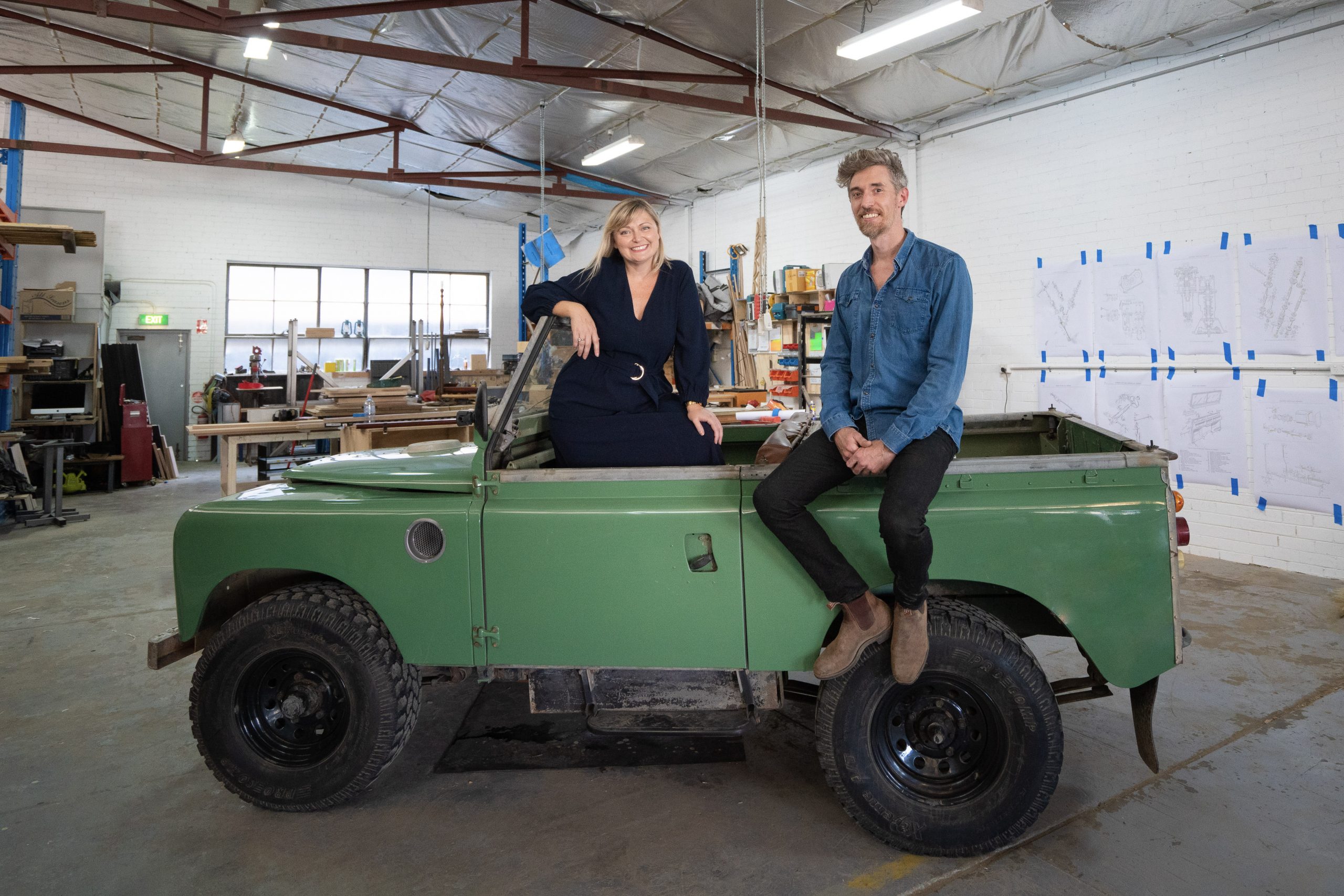 An Australian start-up driving the electrification of classic Land Rovers.

There’s a romance to car restoration and one man smitten is Dave Budge, co-founder of local automotive start-up, Jaunt Motors.

Budge’s infatuation is three-pronged. Bendigo born, he holds a love for the bush and Australian wilderness, a desire to protect the environment and a firm want to experience it via the charms of classic Land Rovers.

It’s these passions that led he and Jaunt co-founder, Marteen Burger, to refurbish old Land Rovers, anything from Series 2, 2a, 3 and even old Defenders, into electric vehicles – hoping to drive people to explore Australia’s unique offerings and embrace the modern motor. 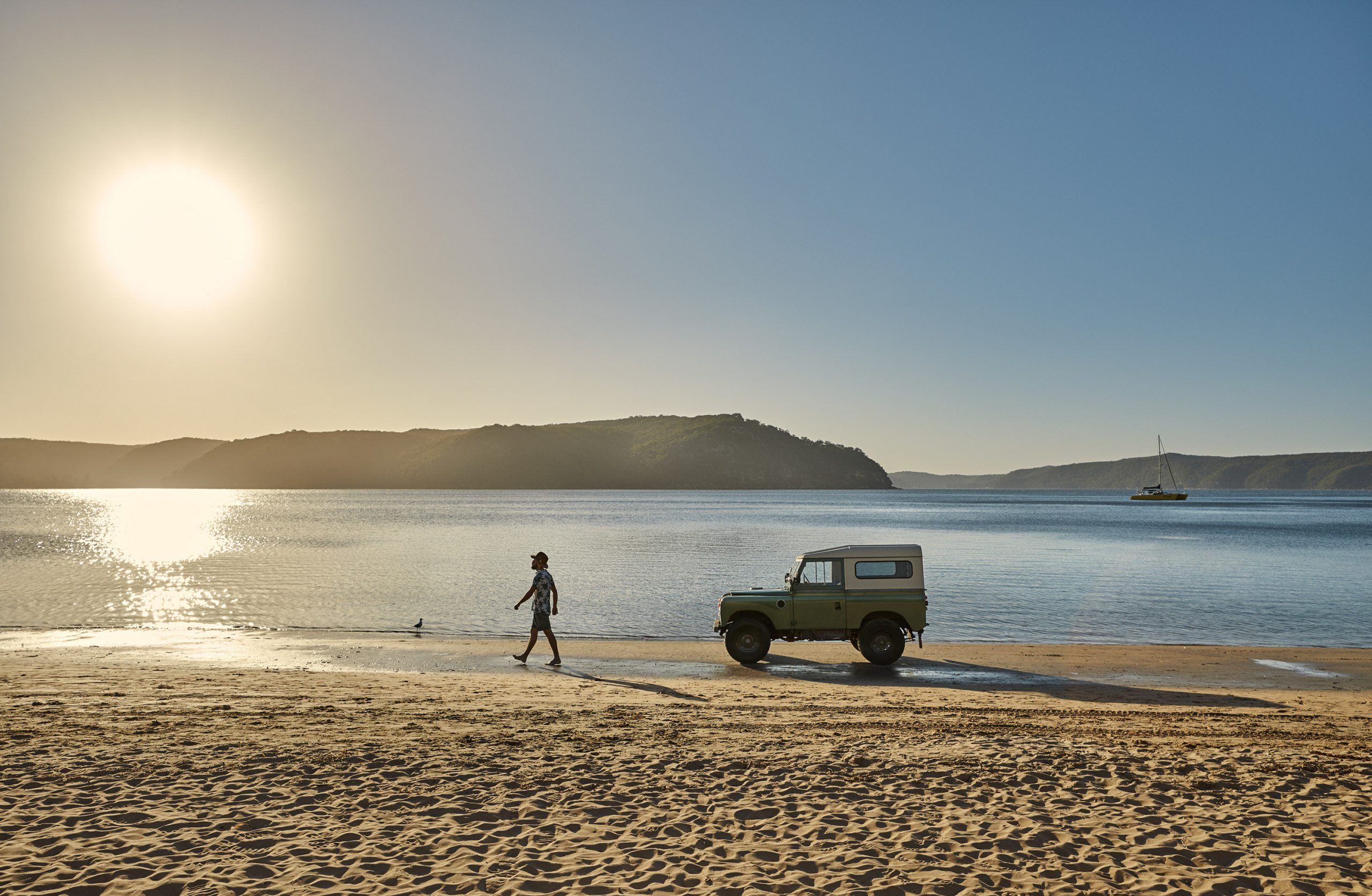 Robb Report: A lot of people have business ideas and never pursue them, what made you make the leap and actually launch Jaunt?

Dave Budge:  I think the hard work is not the idea. Most of the time it’s just hard work and the execution of that idea. For me I was looking for what I was going to do for the next 10 years of my life. I’d always been excited about how to harness emerging technology. The barrier to wider adoption is usually in the user experience and packaging it in a way that makes sense to most people. I have a personal interest in four-wheel driving, I guess from travelling, especially in Australia with 90% of it remote and harsh – to see it, you need a four-wheel drive.

RR: Why electrify these cars, why not just restore them?

DB: I spent a lot of time travelling in Australia in some remote areas and I guess that kind of love for the natural environment made me conscious that there was perhaps hypocrisy to burning 300 litres of diesel to go out to see a pristine part of the world. So had no idea [then] how to mesh those things together but I realised at a very personal level that I wanted to drive in the bush and be able to hear the birds.

RR: Obviously you think there’s a market for electric four-wheel drives in Australia?

DB: I’d worked with Holden and other automotive brands within GM for a long time, and you see the research or the data on which vehicles Australians buy. Australia is pretty unique in the world in terms of the prevalence of four-wheel drives and SUVs, and particularly dual-cab utes. Even more than, say, the United States.

RR: And of all the 4x4s you chose Land Rover.

DB: In the ’60s and ’70s, Australians were buying about half of the Land Rovers produced in the world. As a good Commonwealth country, we were buying British four-wheel drives and there weren’t really many other options.

These things actually lend themselves perfectly to an electric vehicle conversion for a number of technical reasons. Basically, they’re very, very simple and they’re boxy and you can fit batteries in well. But the other big thing is that they’re just the quintessential four-wheel drive shape. 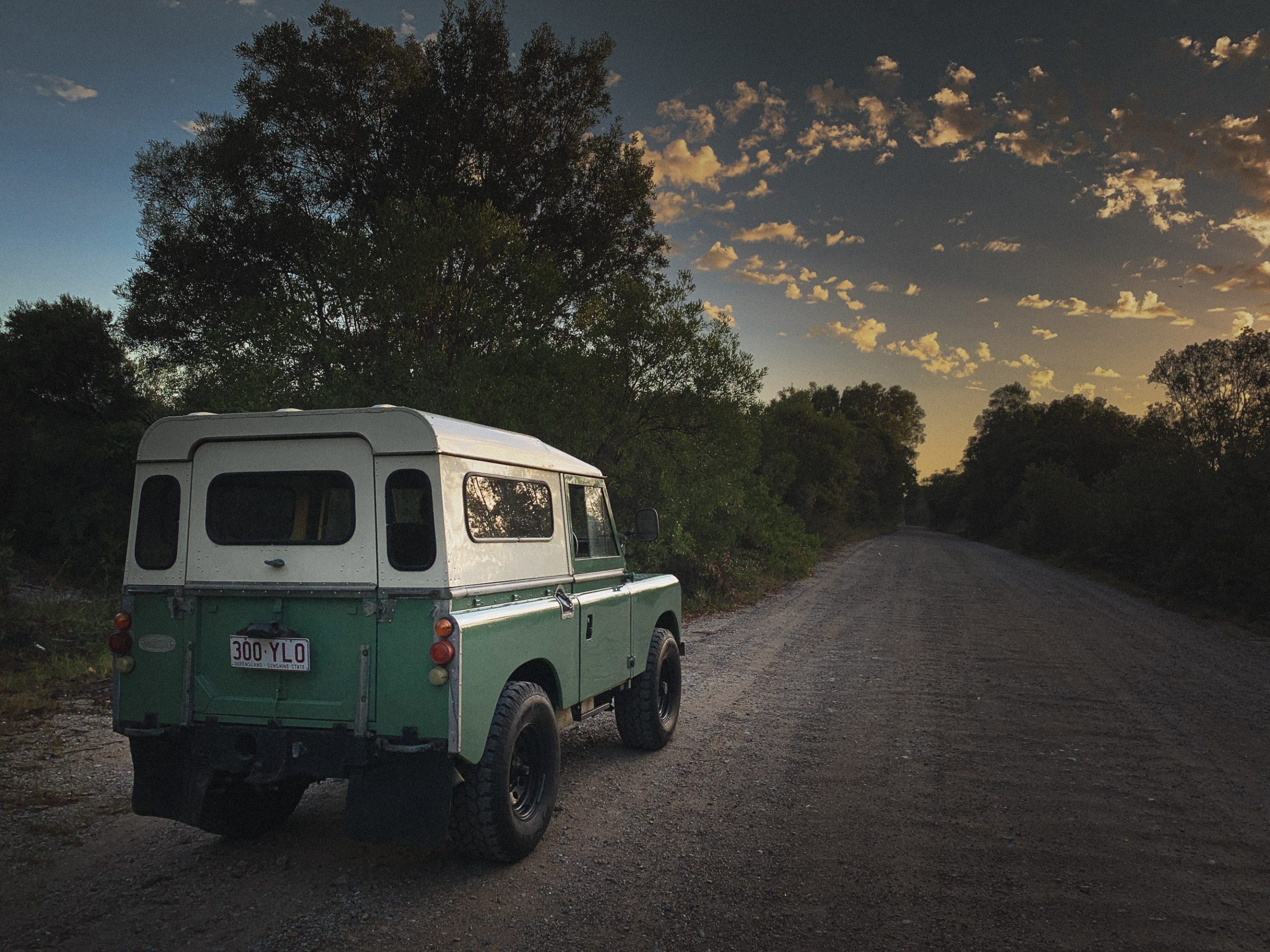 RR:  What can you tell us about the ‘electric itineraries’ you’re looking to set up?

DB: So, the second car that we’re working on now is destined for a winery over near Jervis Bay, a place called Mountain Ridge Wines, and we’re working with them to develop a tourism route. And so, basically, you either pick the vehicle up from their winery, or they’ll leave it for you at Berry Station – so you can take the train from Sydney and pick it up. It’s got a picnic basket, some wine and an itinerary. It’s a weekend away.

RR: How does the business build from there?

DB: So we started talking about this as like, we want to build cars that we can then ‘partner’ with – whether that’s with a tourism organisation, a winery, a brewery, whatever it might be, to have electric vehicles available in areas that are currently underserved by any form of transport.

RR: Why should we get out and explore the bush?

DB: It can be a very subjective and a personal thing, but I think that we’re pretty privileged to live in what the world sees as one of the last great wildernesses. Anywhere within an hour’s drive from any capital city you can be somewhere that’s probably a World Heritage area. And I think that there’s an element to getting out there that helps you appreciate Australian history and Australian culture, whether that’s 200 years of European culture and history or 60,000 years of Indigenous history.

DB: There’s a huge amount of Australia to see, and you can do that a lot more sustainably than you can the rest of the world. Hopefully, we see a growth in that. Still, talking to a lot of our customers and friends in the tourism industry and seeing them going from a summer of bushfires into Covid is pretty heartbreaking.

RR: What’s your response to those who question electric vehicle use in Australia due to our vast spaces and limited supportive infrastructure?

DB: There’s an open source website called PlugShare and you can open that up as an app and a website and you can see the thousands of charge points all around Australia. And there’s the fact that every power point is a charge point too. But electric vehicle charge points don’t stand out like a petrol station – they don’t have giant neon signs.

RR: What kind of range do the Jaunt vehicles have?

DB: With the short wheelbase, sort of 250-300 kilometres is the maximum range. And with the long wheelbase, about 400 kilometres. If you’re prepared to lose a bit of luggage space we can go a hundred-kilowatt hours plus, which is kind of 500-600 kilometres of range.

RR: Ho much does a Jaunt cost?

DB: So, we have about an eight month waiting list at the moment. The price point for a complete vehicle, so that’s where we source the vehicle, restore it, convert it to electric, all those things, starts at around $100,000. Then, if you were to bring your own vehicle, that you had a Land Rover that you’d restored and was great, you’re starting at about $50,000.

RR: If you had a free weekend to get away where would you head?

DB: I love going to the Victorian high country, or, the Flinders Ranges in South Australia is incredible and quite accessible, as in that you can kind of get to the bottom end on sealed roads and see some amazing stuff. Then you have this quick transition, I guess, into what really feels like the outback and quite a unique landscape in Australia.