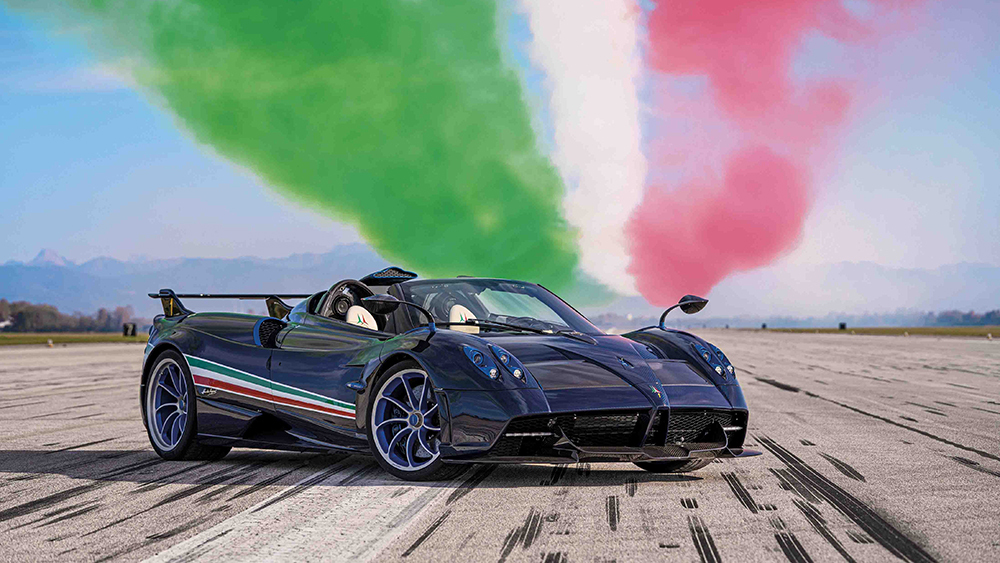 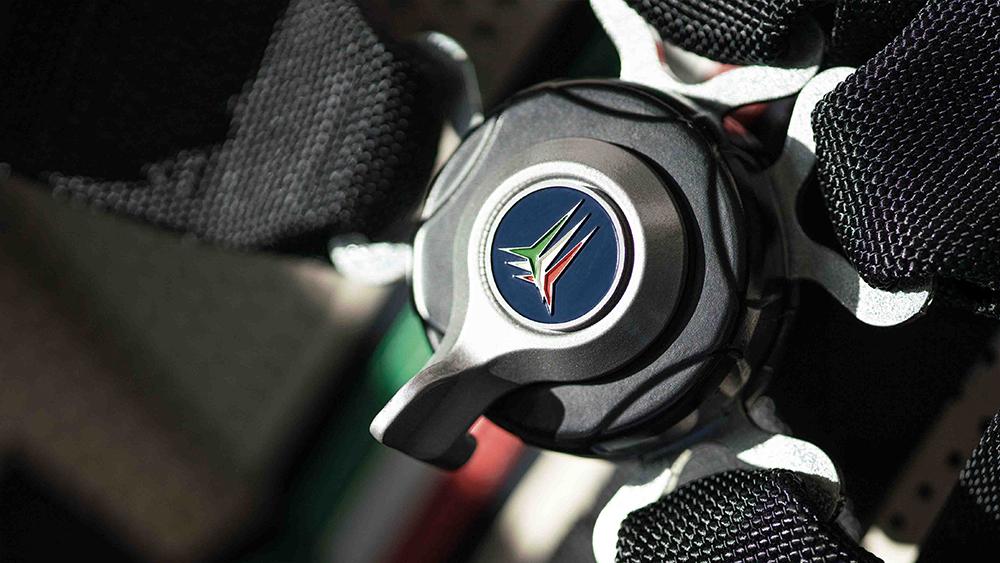 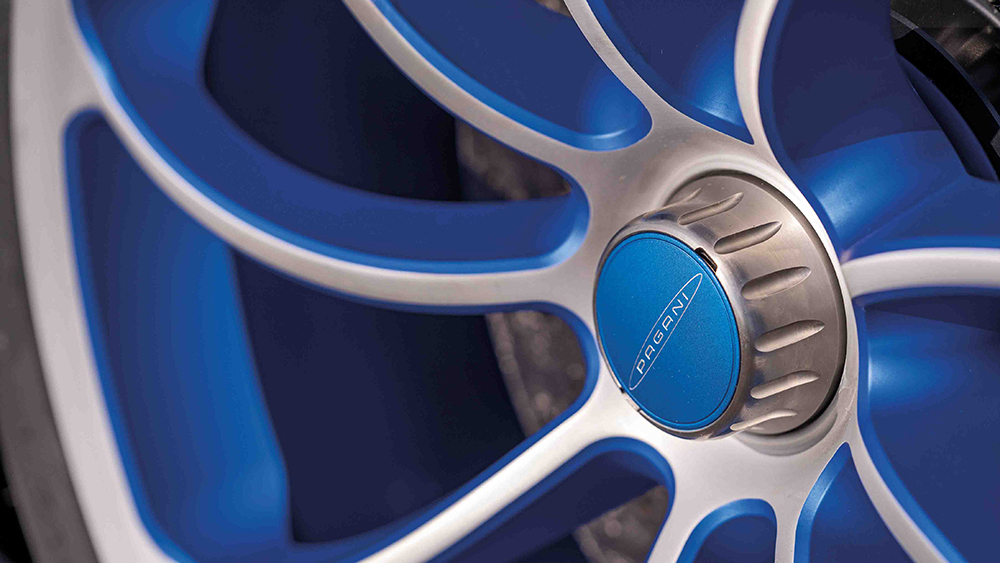 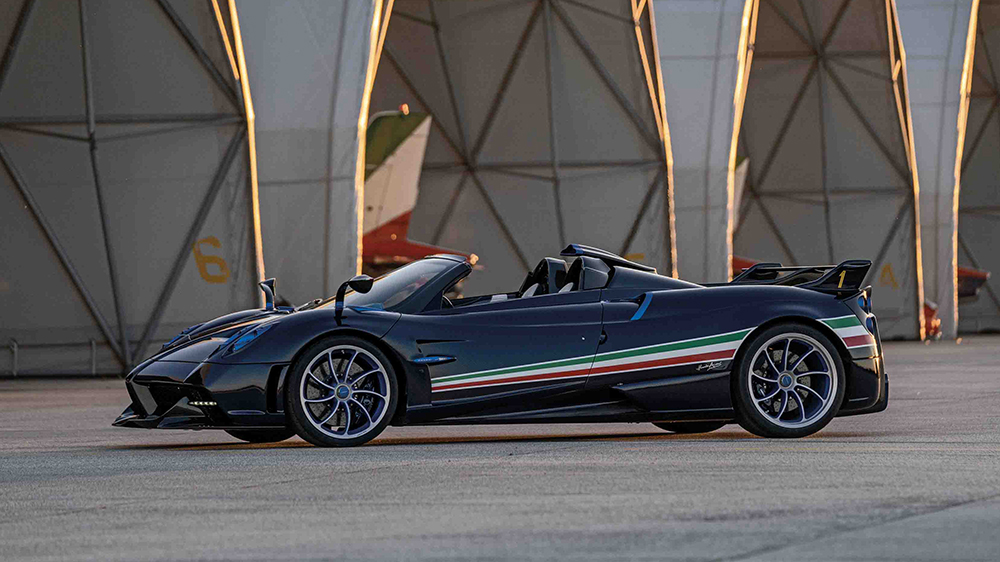 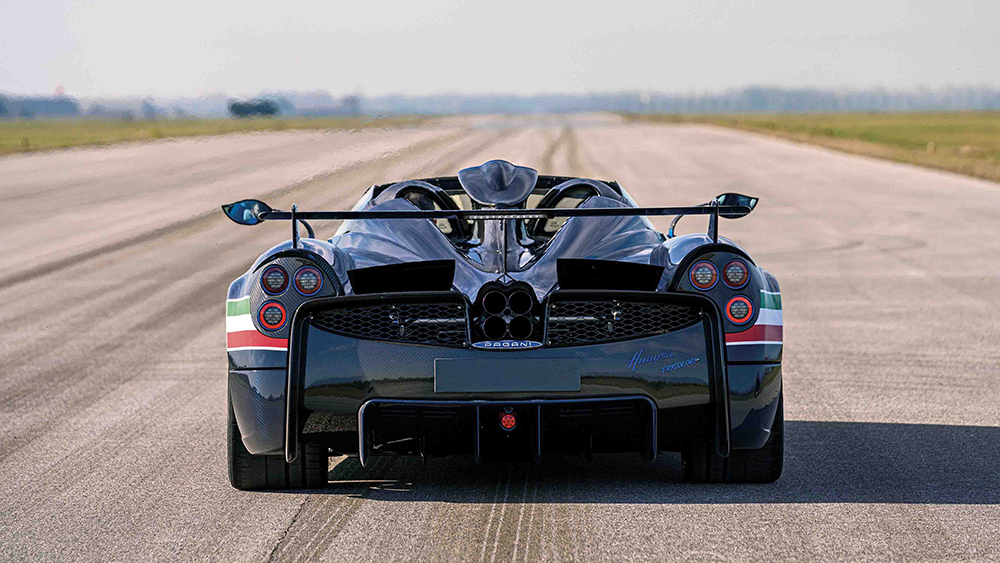 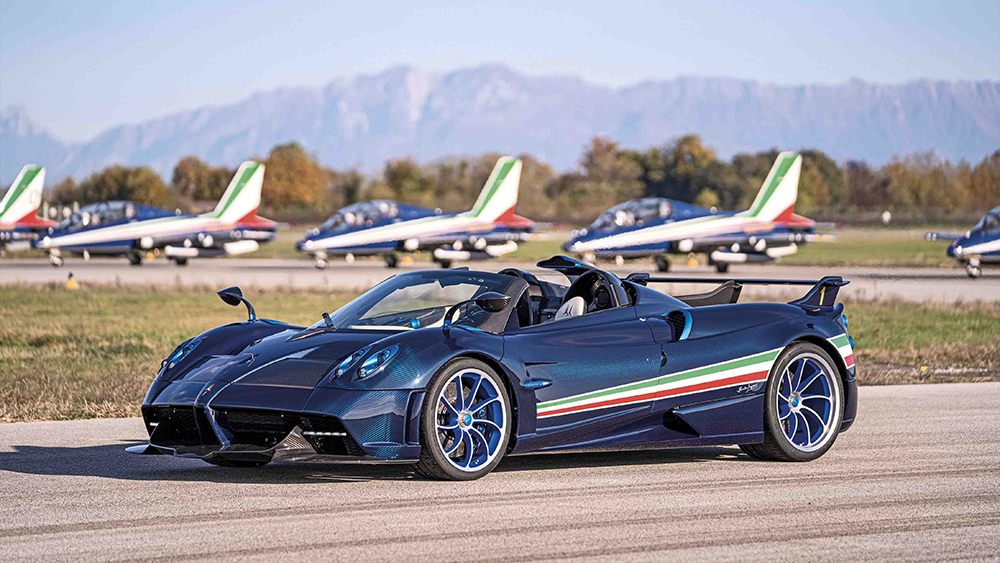 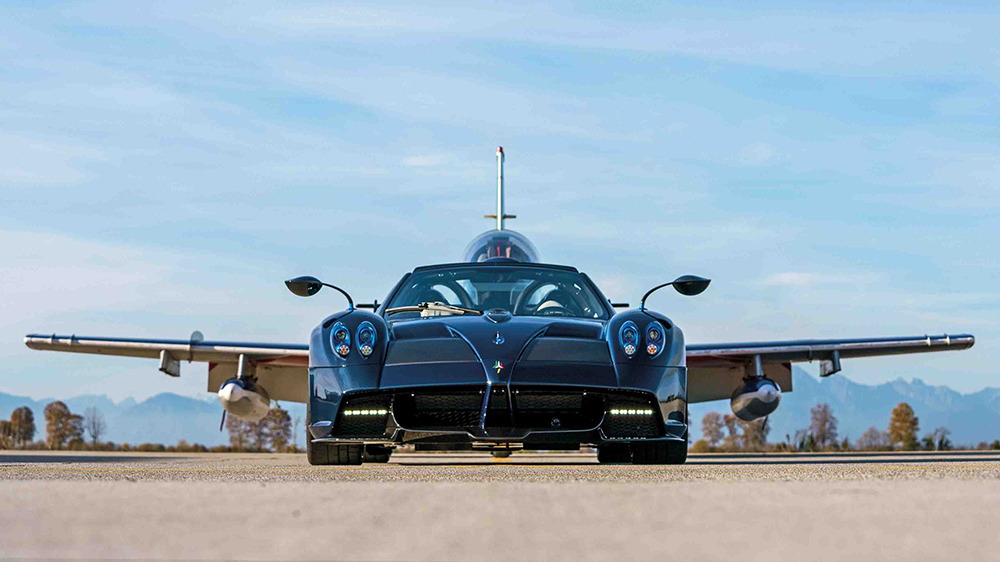 It will be limited to just three examples.

When Pagani teased its latest addition earlier this week, it dropped some cryptic aeronautical references that today, well, make perfect sense. The Italian marque has just unveiled a limited-edition hypercar that pays tribute to the country’s air force.

The new Huayra Tricolore was built to honour the 60th anniversary of the National Aerobatic Patrol a.k.a. the Frecce Tricolori, which explains the name. This troupe of 10 jets has dazzled international audiences for more than half a century with their highly synchronized maneuvers and dramatic displays of the tricolour Italian flag. Naturally, the four-wheeler packs the same level of patriotism and performance.

The special-edition Huayra has a svelte silhouette and lines that emulate that of the air patrol’s Aermacchi MB-339A P.A.N. jets. Its blue carbon shell is accented by red, white and green lines that run along the sides of the car “like an impetuous engulfing flow of air” and hark back to the Frecce Tricolori’s famous plumes of coloured smoke. 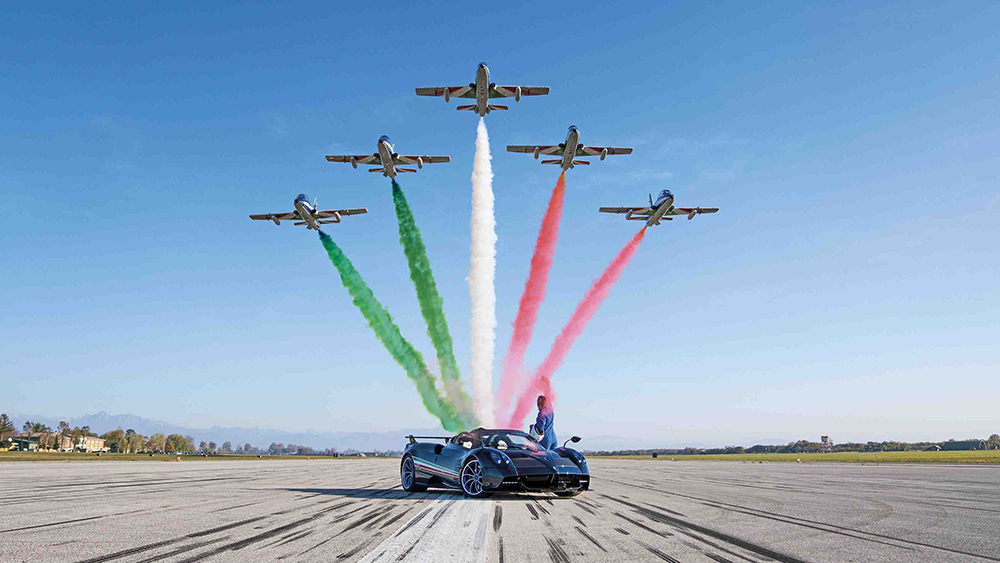 The new Huayra Tricolore with the Frecce Tricolori. Pagani

As to be expected, there is a strong focus on aerodynamics. The roadster has a more pronounced front splitter than previous variants and a new aerodynamic body for maximum downforce. It’s been fitted with a new front bumper with special side extractors to enhance the efficiency of the intercooler and a new air scoop that sends more air directly into the engine. The rear wing and diffuser have both also been tweaked to compensate for the increased downforce up front.

Under the hood, the car sports the latest version of the Mercedes twin-turbo V-12 engine mated to a seven-speed sequential transmission with an electromechanical differential. This gives the beast a gutsy 617kW and 1100Nm of twist. That’s not fighter jet fast, but impressive nonetheless. 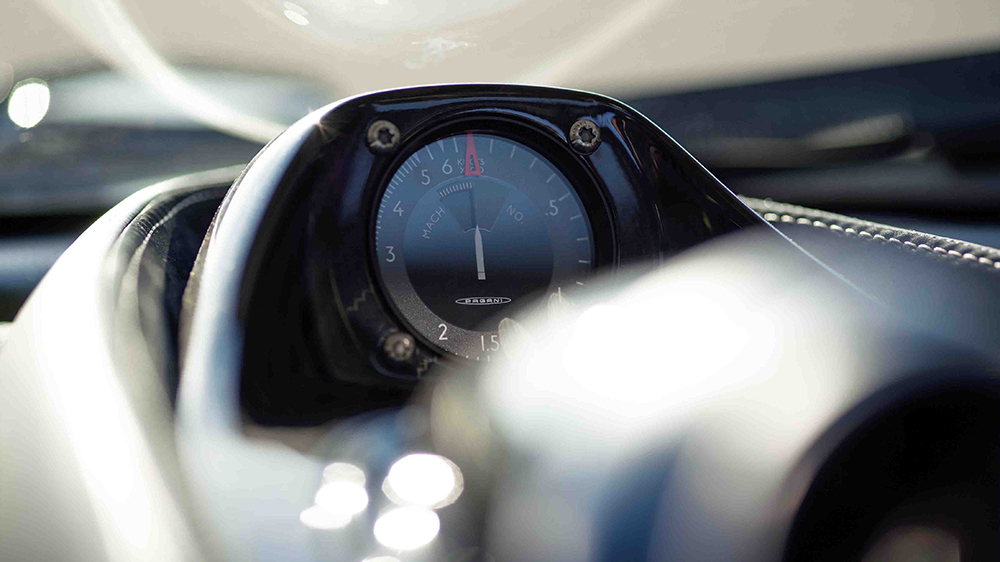 The anemometer on the central console measures the car’s airspeed. Pagani

Speaking of speed, smack-bang in the centre of the hood is a Pitot tube. This instrument, which is typically used in aircraft, will determine the Tricolore’s airspeed and inform the driver via an anemometer on the central console.

That’s not the only aeronautical touch inside the car, either. Designed to resemble a cockpit, the interior features control instrumentation with all aluminium components made from aerospace-grade alloys. The Frecce Tricolori emblem is emblazoned on the four-point seat belt fastener and headrests, while the two-tone white and blue seats are accented with tricolour leather inserts.

This isn’t the first time Pagani has honoured the Frecce Tricolori with a hypercar. In 2010, the marque unveiled the Zonda Tricolore to celebrate the team’s 50th anniversary. Like its predecessor, the new Pagani Huayra Tricolore will be limited to just three examples priced at $8.8 million, which, coincidentally, is about the same as an Aermacchi jet.