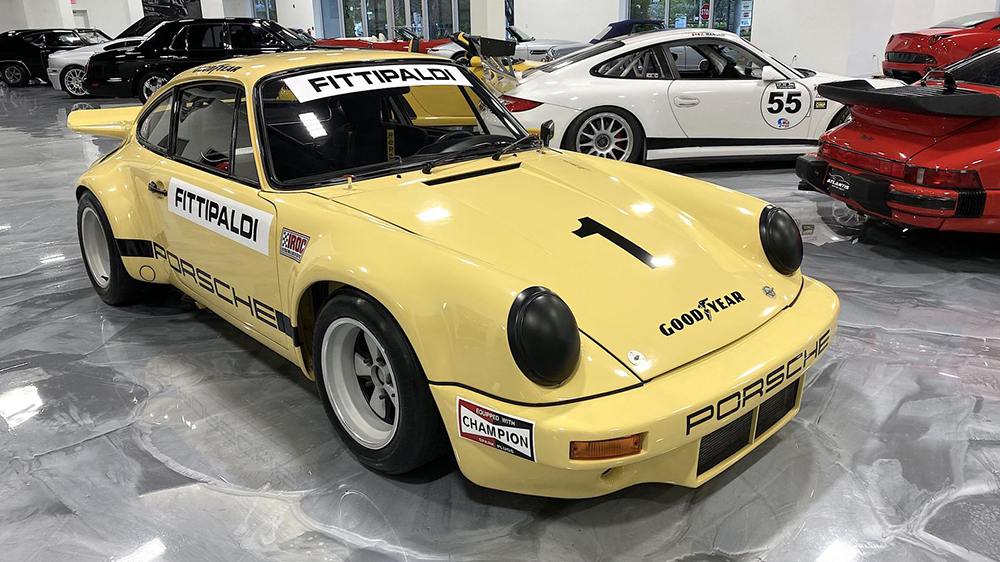 The pastel yellow racer was driven by Emerson Fittipaldi in the first IROC race.

Looking to add something unusual to your automobile collection? How about a ’70s-era race car that was once owned by one of the most infamous criminals of the 20th century?

The vehicle is in question is a 1974 Porsche 911 RSR that competed in the inaugural International Race of Champions (IROC) and was just posted for sale by Atlantis Motor Group. The yellow racer also once happened to be part of late Columbian drug kingpin Pablo Escobar’s personal car collection. 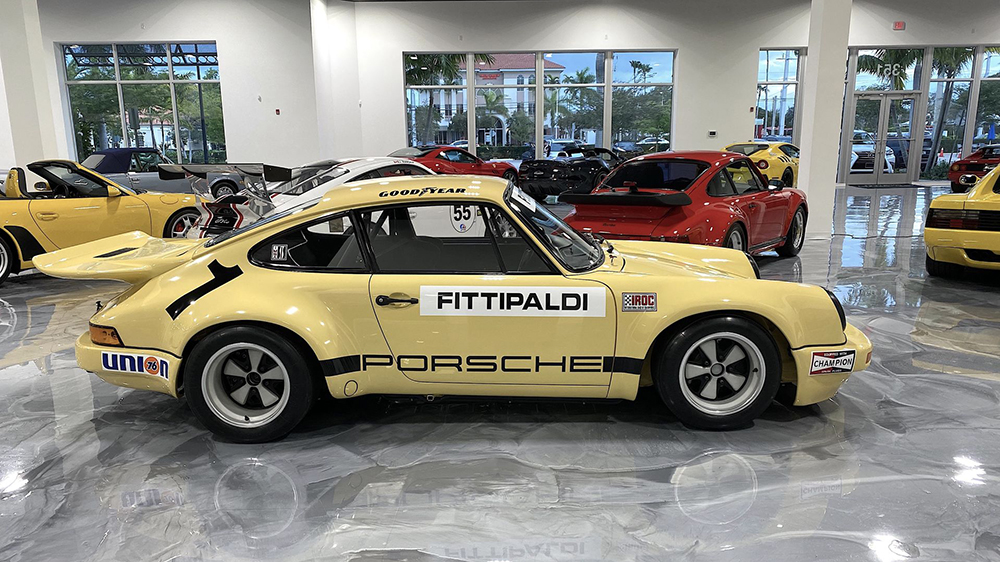 Escobar aside, the car’s main claim to fame is its role in the very first IROC race. Founded by Les Richter, Roger Penske and Mike Phelps, IROC was meant to be something of an all-star event for race car drivers. The race matched competitors from different styles of racing (open-wheel, stock, sports car and sprint) and putting them all in the same cars in an attempt to find out who was the best driver of all.

For the first race, a dozen 911 RSRs were used, each of which was built and tuned to the exact same specifications. This particular model, which wore the No. 1, was driven by Brazilian Formula 1 legend Emerson Fittipaldi and began the race in the 11 position. Despite starting at the back of the pack, the driver fought his way to the front of the field before veering off track and springing a fuel tank leak that ended any chance he had at taking the checkered flag. 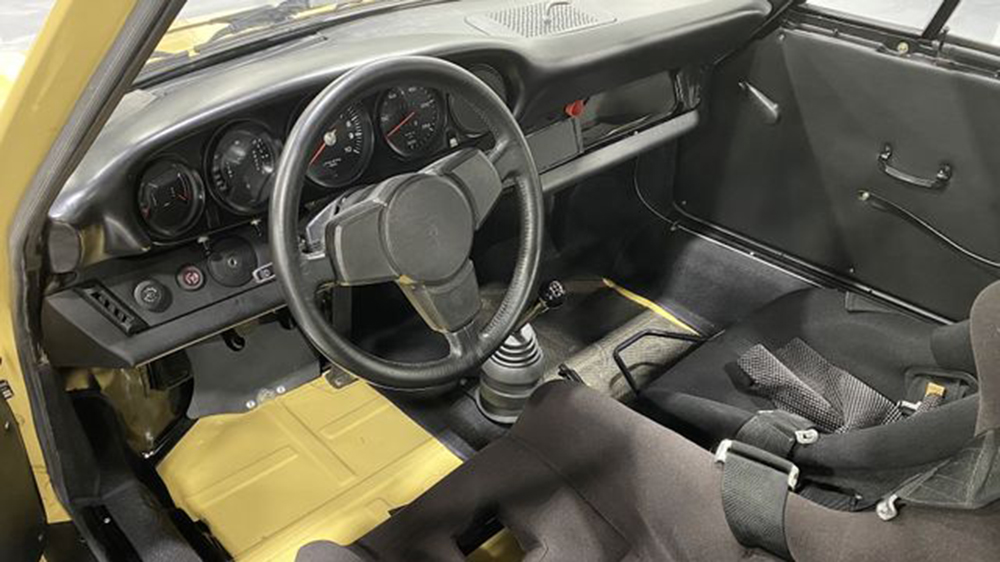 Amazingly, that was just the start of the car’s weird and winding journey. The yellow speed machine would eventually end up in possession of Escobar. Despite running one of the largest criminal empires of the century, he somehow also found time to personally drive the car in various championships in Colombia (though he raced it with a 935 body). The car would remain in his collection until his death in 1993, after which it was returned to the US by IROC co-founder Penske and returned to its original condition.

If you’re interested in owning one of racing history’s true curios, prepare to spend big. The 911 RSR is currently listed for $2.84 million. Strange backstory or no, that price seems to align with the sale of at least one other IROC racer. Another Porsche from the inaugural race was sold by Jerry Seinfeld for around $2.96 million in 2016.