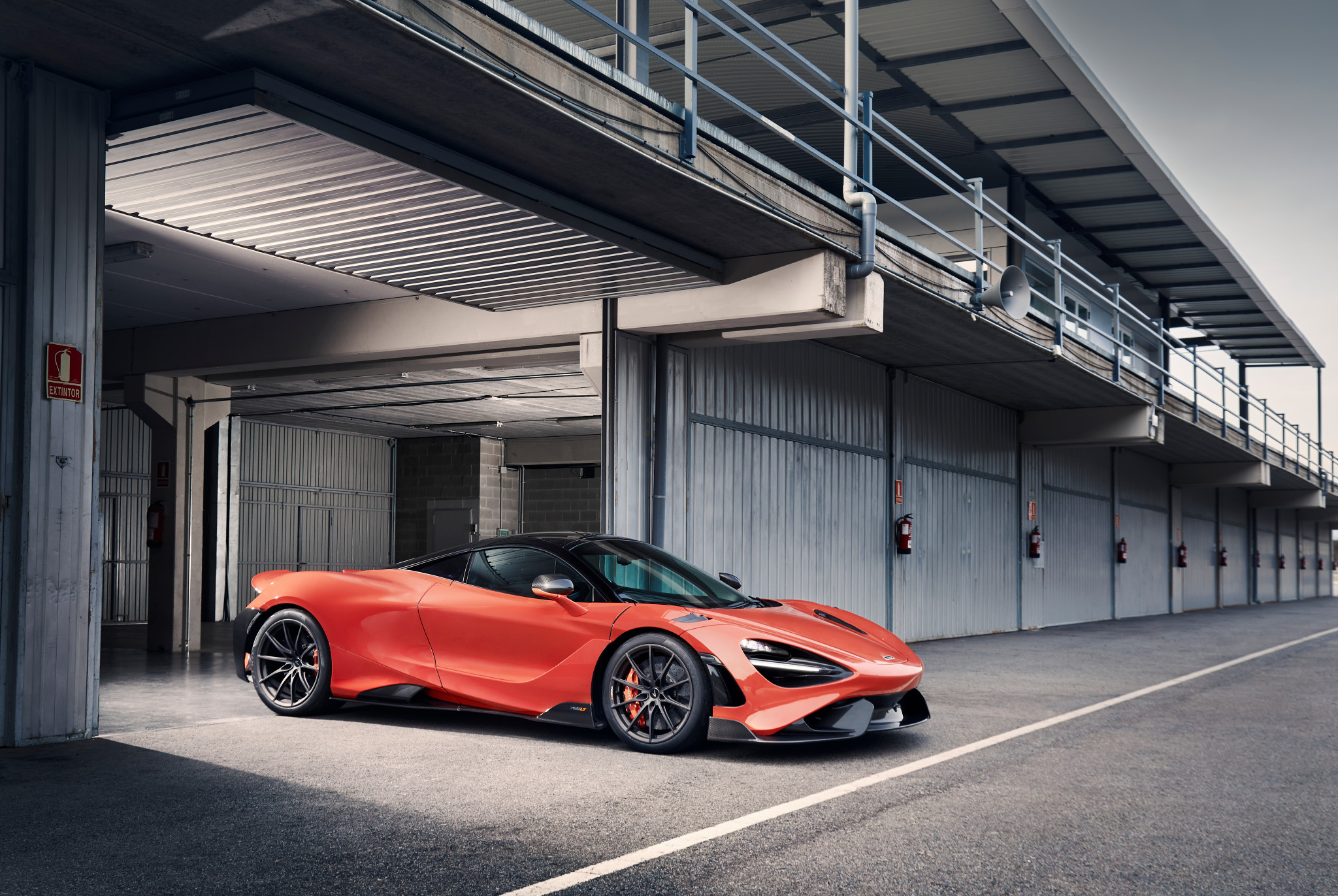 No air-con, no sound-system, no carpet? No worries.

Supercars are all about the numbers, and no manufacturer embraces numerology quite as emphatically as McLaren. With horsepower figures brazenly on display in nearly every model name, the British boutique carmaker wears its virility right there on its sleeve. The brand’s latest act of numerical braggadocio? The 2020 McLaren 765LT.

While it’s not the most powerful road-going McLaren to date—the Senna, for example, puts out 588kW—the 765LT is among the marque’s most focused efforts to date. Producing 570kW, the model’s “LT” moniker is a hat tip to the mighty F1 GTR race car from the 1990s, an association the carmaker uses to denote its particularly track-focused road car offerings.

The 765LT’s external bits are visibly more aggressive, with carbon-fibre construction helping shed 80-kilograms over a standard-issue 720S. And while the slightly longer rear section does indeed pay homage to the F1 GTR, the granddaddy of all “longtails,” what’s tucked beneath it is arguably more visually startling: four huge titanium exhaust tips arranged in tandem, like a quartet of sound cannons for blasting mechanical ordnance from the twin-turbocharged 4.0-litre V-8.

Grounded by the cancellation of the 2020 Geneva International Motor Show, we couldn’t verify the McLaren 765LT’s visual impact in person (let alone verify the ferocity of its exhaust note). But based on its hardware updates alone, we suspect that this McLaren should pack a more emotional punch than the swift, but surprisingly smooth and refined, 720S.

Not only should it be more sonorous than its counterpart, the 765LT uses stiffer engine mounts for a more visceral seat-of-the-pants feeling and shorter gearing that dispatches zero to 100km/h in a scant 2.7 seconds. The LT’s ceramic disc brakes are inherited from the Senna and promise enough thermal fortitude to scrub off speed without fading.

McLaren LT customers are a famously hardcore bunch and are unlikely to complain that the new model omits creature comforts like carpet, air conditioning, power-steering-wheel adjustability and an audio system. However, if you’re in line for one of the 765 allotments of the new model, you can opt into any of those items at no additional cost—though it wouldn’t be very LT to do so now, would it?