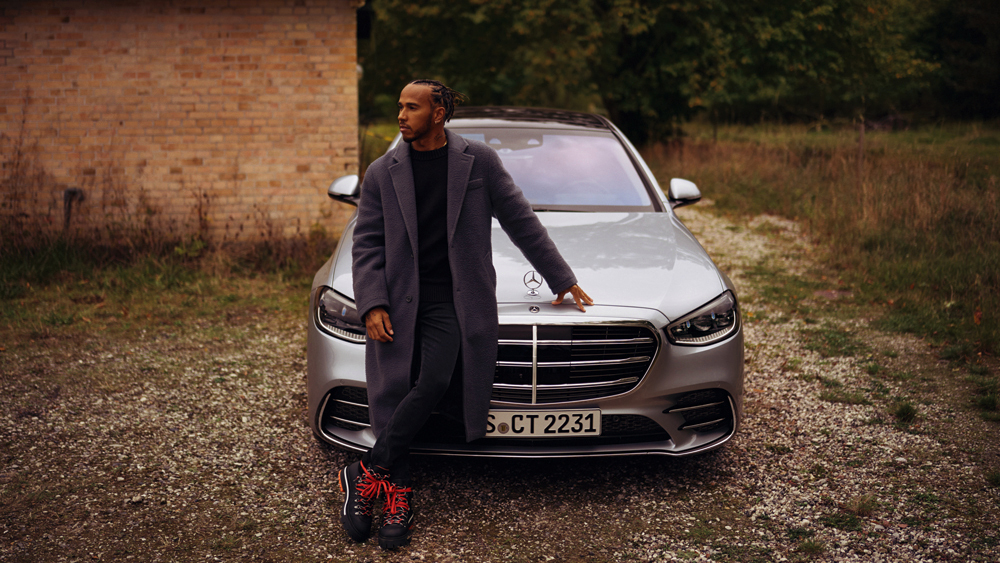 Formula 1’s most successful driver on tying Michael Schumacher’s record, what it took to get there and why 2020 can’t be forgotten.

Officially the most successful Formula 1 driver in history and a superstar both on and off the track, Lewis Hamilton knows exactly how he plans to spend his time when the current season is over: “All I want to do now is finish this season off on a high, take my bulldog, Roscoe, walking on the beach and surf in Bali.”

Last month, the British-born driver claimed his seventh championship title at the Turkish Grand Prix. In doing so, he equalled the record set by Michael Schumacher 16 years ago—an accomplishment many believed could not be beaten.

“That’s for all the kids who dream the impossible,” came his emotional radio message as Hamilton crossed the line in Istanbul. It took several minutes, while still strapped in his car, for Hamilton to compose himself. Wiping away tears, he eventually lifted his visor and was engulfed by a tsunami of Mercedes teammates. 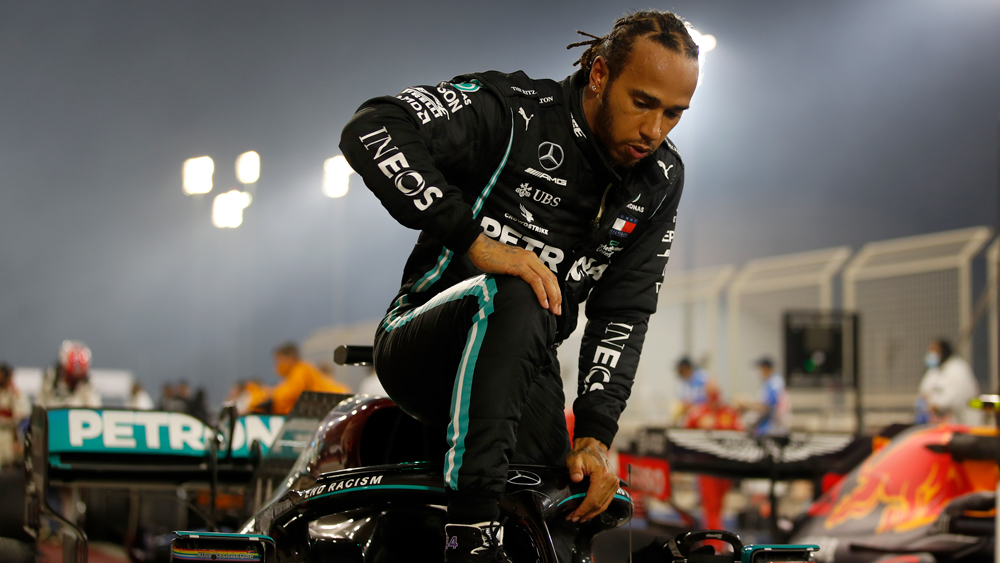 The scene was a moment to savour in a dark year. Now with plaudits from all quarters of society and a New Year knighthood on the cards, how does Hamilton feel about his achievements in 2020?

“It has been a very unusual year of competition because of the effects of the pandemic. Racing without fans and the social distancing have changed everything,” he acknowledges. “Away from F1, I will remember this period of my life as an awakening for society. The death of George Floyd sparked the Black Lives Matter campaign and acted like a giant rock dropped in a pool of water. It created a ripple effect which has spread throughout the world. We now have to ensure those ripples don’t fade away.”

Hamilton has become a figurehead in the campaign by encouraging his fellow F1 drivers to “take the knee” before each grand prix. “I took risks using my voice and putting my head above the parapet but, in 2021, I intend to keep on going,” he says. “F1 needs to be more diverse, and minorities need more opportunity. Your destination in life shouldn’t be determined by your colour, religion or where you are from. We should all have the same opportunities.” 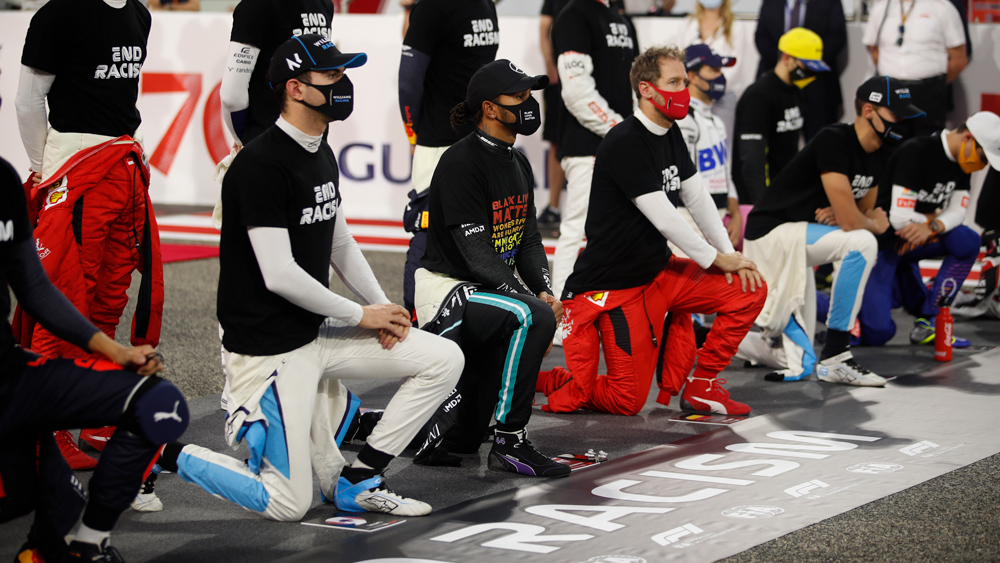 Hamilton knows all about racism. From an early age, he was bullied at school in England, as well as on the go-kart track, where he began to learn his trade with his father, Anthony, as a rookie eight-year-old. Those events are painfully etched in his memory.

“I have a lot of memories from back then. Memories of people looking down and talking down to Dad and I. It wasn’t just the parental bickering you get between families; I’m talking about racism,” says Hamilton.

Anthony Hamilton worked in IT and took a succession of extra jobs to fund his son’s fledgling career. “Dad was a tough man—when he said something, I did it,” says the younger Hamilton of his father. “He would watch where the champion kart drivers braked into a corner, then pace out a few extra metres further on and stand where I should brake. I kept skidding off through the tyres and into the field. The first time I had an accident and bloodied my nose he ran up to see how I was. I just replied, ‘Can you fix the kart in time for racing tomorrow?’” 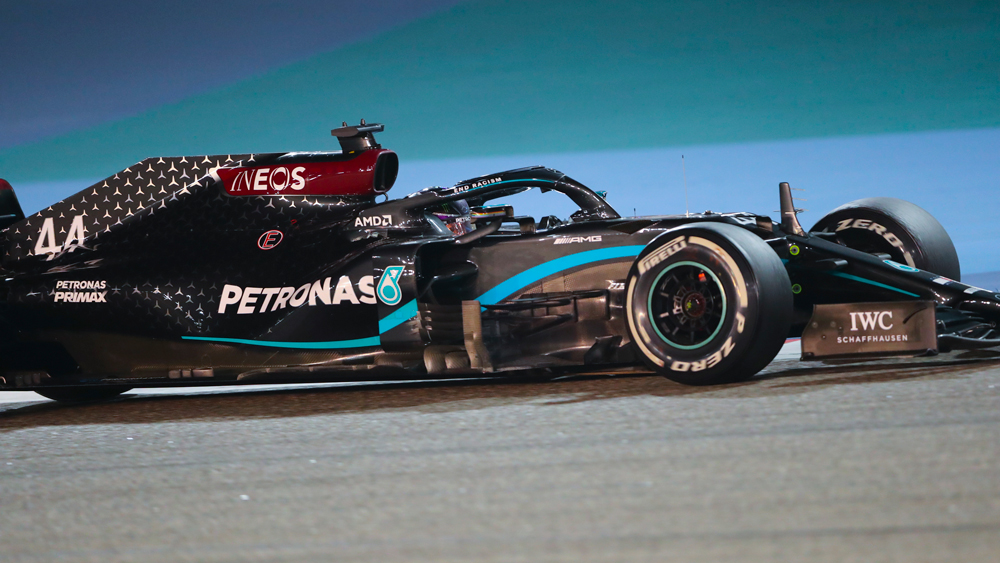 Next year, Lewis Hamilton will achieve another lifetime ambition with the launch of his own racing team. The champion won’t leave Mercedes but has just entered into the new Extreme E series. The all-electric, off-road platform is due to start in 2021, as a series based on racing SUVs in parts of the planet most affected by climate change.

“I’ve always wanted my own team, I just never knew when it would be. So when I heard about Extreme E, I jumped at the chance,” notes Hamilton. “Then when I learnt what the series would be, what it means, what it will do, I knew it would create a powerful statement.”

Intriguingly, it will once again pit the seven-time world champion against his old F1 rival, 2016 world champion and Monte Carlo neighbour, Nico Rosberg. Neither will compete as drivers, but the contest still promises to be fascinating. 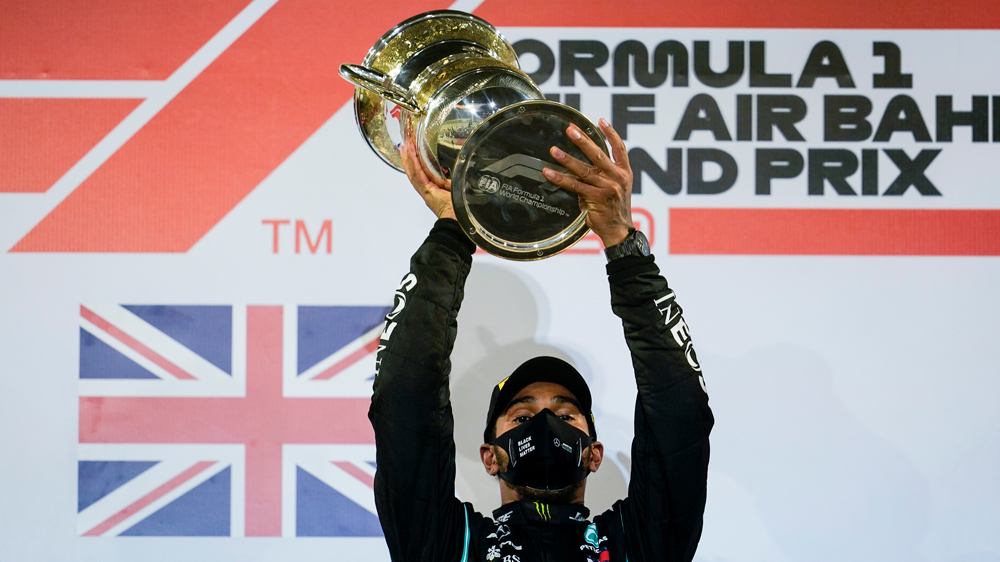 “I’m aware of the platform that Formula 1 has given me, and I want to put it to good use,” Hamilton mentions. “In my position, I have a responsibility to push to raise awareness of climate change.”

Hamilton, who reportedly earned £40 million (approximately $72.1 million) in 2019, is believed to be negotiating a new, three-year contract with Mercedes F1 worth £120 million (roughly $216 million). Little of that is likely to be spent on expensive cars, however, as the champion says he rarely drives on the road.

“I don’t think I’ve ever enjoyed driving a car on the road, however counter-intuitive that sounds for a racing driver,” he admits. “It’s very stressful, and any journey longer than an hour or so is just dead time you don’t get back. I have driven the new S-Class, though. What really impressed me was the ride quality. You would think that by now we have reached the very pinnacle of comfort in cars, but somehow the [Mercedes-Benz] engineers have taken it to a new level. In F1, I feel every bump, so I’m well-qualified to talk about seat comfort.” 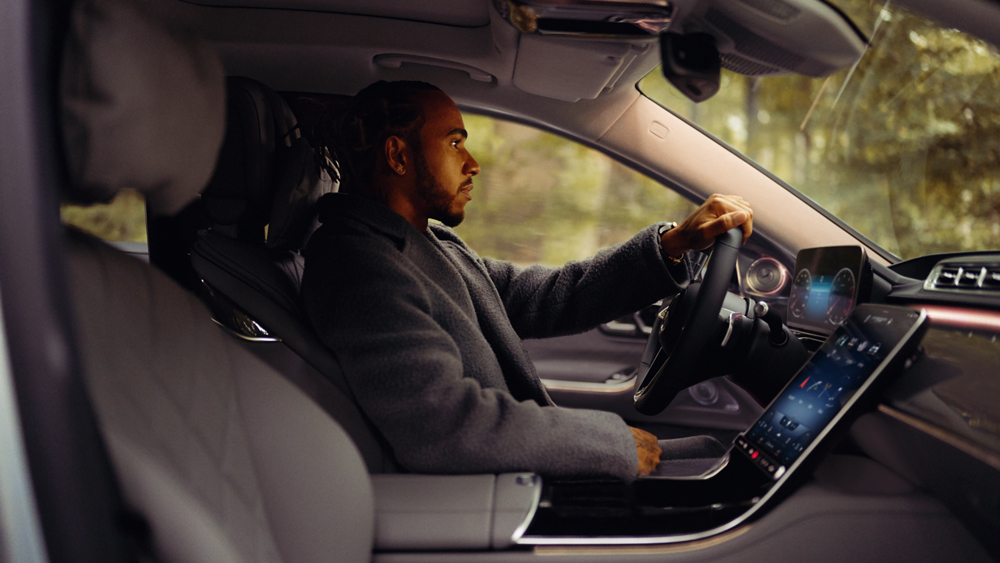 However, these days, Hamilton says his biggest luxury isn’t what’s parked on the driveway. “I remember being a kid and, naturally, you see what others have and you don’t,” says the racer. “I was given one pair of trainers a year and had to make them last. I also remember the idea of wanting the next big thing—a computer, bike or whatever it was. Thankfully, I’ve gone through that period and come out the other side. You realise you don’t actually need any of that shit, what is really valuable—and what you can never really get back—is time.”

Editor’s Note: Lewis Hamilton tested positive for Covid-19 on November 30 after noticing mild symptoms. He will probably be out for the final race of the season on December 13.