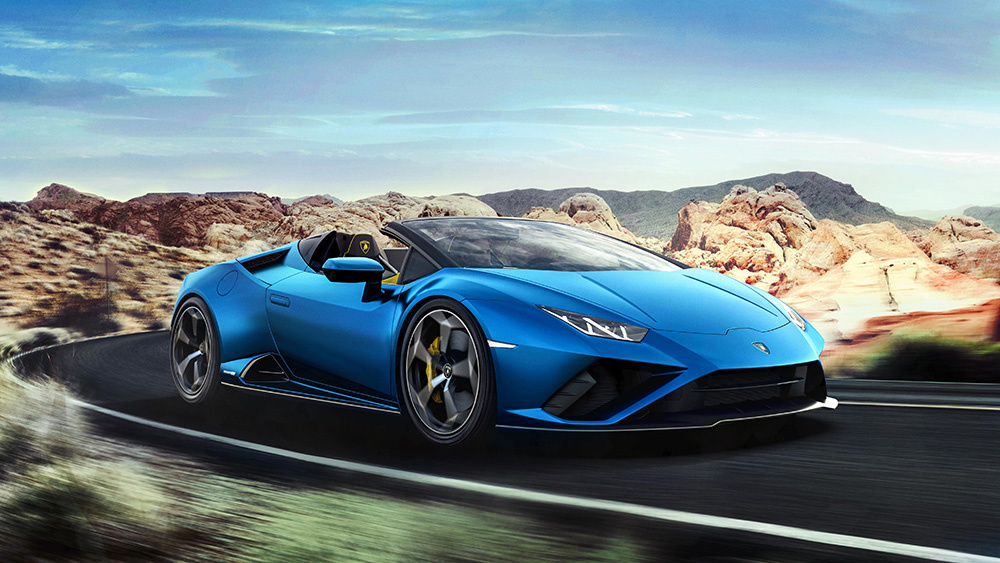 The speedster promises better handling than ever before.

Lamborghini promised a new car to go along with the restart of production at its factory and the company has delivered. And while the Italian automaker’s latest supercar, the Huracán Evo RWD Spyder, may not be a completely brand-new model, it’s certainly exciting, especially for drivers looking to have a little fun.

Launched via a special augmented reality event, the new vehicle is the latest open-top version of the recently refreshed speedster – lighter and offering better handling than ever before.

The new vehicle is basically the same car as the Huracán Evo RWD coupé that was released earlier this year, only with a drop-top. That power-operated roof can fold up in just 17 seconds, reaching a top speed of 50km/h, according to a press release. It’s available in a number of colours and features an independently operating window. Other tweaks include a slightly tweaked front bumper with extra-wide intakes and an all-new diffuser in the rear.

The engine has been left untouched, though. Huracán Evo RWD Spyder is powered by a naturally aspirated 5.2-litre V10 that produces a ferocious 455kW and 560Nm of torque. The convertible is actually two-tenths of a second quicker than the coupé, hitting 100km/h in just 3.5 seconds. But top speed does drop from 325km/h all the way down to 323 km/h. We think you’ll survive that, though.

Overall, the rear-wheel-drive Spyder is 33-kilograms lighter than its all-wheel-drive counterpart, tipping the scales at 1508kg. Thanks to this change, a 40-60 front-rear weight distribution and a retuned Performance Traction Control System, you’ll be able to slide with abandon.

“The Huracán EVO RWD Spyder doubles the driving fun, delivering raw driving pleasure with the opportunity to celebrate life outside,” chairman and CEO Stefano Domenicali said in a statement. “The driver is perfectly in touch with Lamborghini’s engineering heritage, experiencing the feedback and engagement from the setup of a rear-wheel drive car where electronic intrusion is minimised while enjoying the sense of freedom and spirit of life that only open-top driving provides.”

Best of all, you won’t even have to wait that long to get your hands on the Huracán Evo RWD Spyder. Lamborghini, which resumed production at its Sant’Agata Bolognese factory on Monday, is yet to finalise on-sale dates and pricing for the Australian market.