You didn’t expect Bugatti to just sit around while someone else broke its record, did you?

Less than one week after the SSC Tautara bested the speed record once held by the Bugatti Chiron, the French hypercar specialists have introduced a concept car that may just reclaim it.

After a week of teasing a new vehicle, Bugatti finally cut to the chase on Wednesday and unveiled its latest over-the-top prototype, the track-only Bolide. And just as the marque had hinted, the racer features stylish X-shaped taillights—and a whole lot of power.

While Bugatti doesn’t seem completely comfortable revealing the Bolide’s top speed just yet—it has said it will come in “well over” 500km/h—the automaker had no problem calling the car its most “most extreme, uncompromising, fastest and lightest vehicle concept” in recent memory. One of the main reasons for this is its massive engine. The vehicle is powered by an 8.0-litre quad-turbo W16, which Bugatti claims is capable of delivering a staggering 1360kW and 1000Nm of twist. (For comparison’s sake, the W16 in the marque’s current fastest production vehicle, the 490km Chiron Super Sport 300+, produces a modest 1193 kilowatt.) Thanks to that motor and some special tuning, the marque says the Bolide will be able to circle the Nürburgring in 5:23, which is barely four seconds slower than the record set by the Porsche 919 Hybrid Evo prototype in 2018. 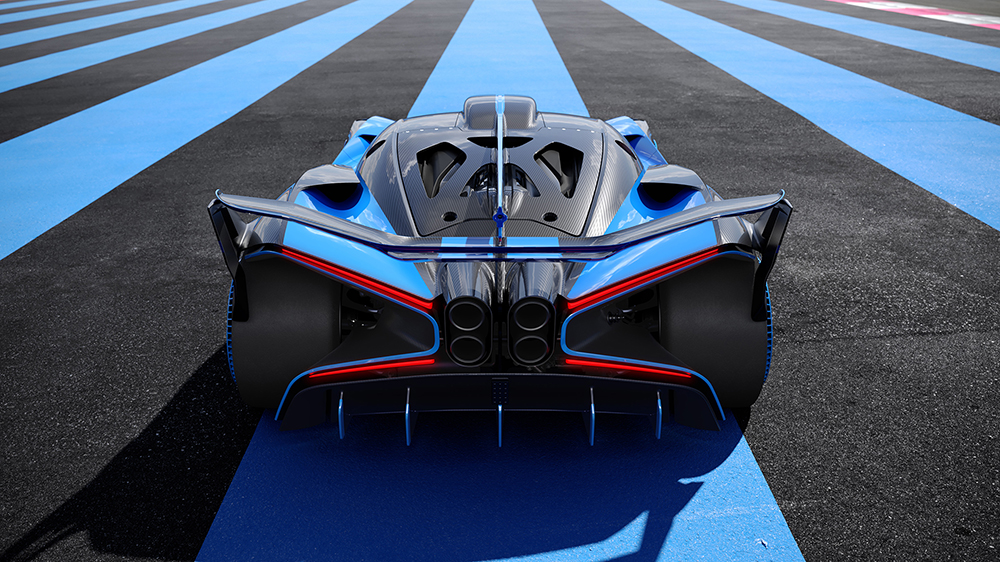 But the concept’s performance isn’t due only to its brawny powerhouse. Its ultra-lightweight design also deserves credit. The Bolide tips the scales at 1240kg, a jaw-dropping figure for a hypercar. This is thanks mainly to the 735 excess kilograms Bugatti says it was able to shed during the design process. The car features 60 per cent more carbon-fibre parts and elements than previous models. Oh, and if you were wondering why Bugatti was teasing the number “0.67” last week, it stands for the car’s astonishing 0.67 horsepower-to-weight ratios.

Bugatti believes that minimizing excess weight on the Bolide will allow its trademark W16 to finally reach its full potential—or at least something close to it. “For the first time, we are showing what the W16 engine is really capable of,” CEO Stephan Winkelmann said in a statement. “We have freed the vehicle of all baggage and have illustrated and combined the engine with the lightest possible chassis to create the ultimate Bugatti and to ensure the ultimate driving experience. With the Bolide, we are presenting our interpretation of a Bugatti track car of modern times to Bugatti enthusiasts all over the world and finally, make their most fervent wishes come true.” 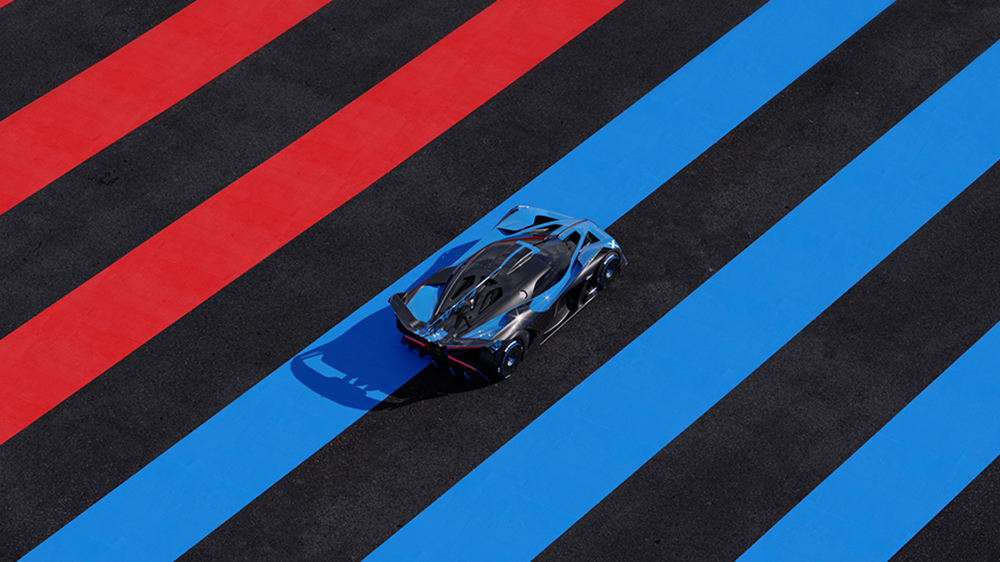 As for the design, the low-profile Bolide looks just as dynamic as the recent Divo and Chiron Pur Sport models, thanks to huge Le Mans-style fenders, multiple massive hood scoops, a giant cockpit, a roof-top shark fin that extends to the rear wing and those previously-teased X-shaped taillights. The car also features what the brand is calling a “morphable skin,” with aerodynamic elements like the intake scoop on the roof that adjusts to driving conditions. Meanwhile, the car features a French Racing Blue-and-black paint scheme that looks akin to a race livery and rides on a sporty set of magnesium centre-lock wheels.

Bugatti has yet to say whether or not the Bolide will make it past the prototype stage, but few brands are more willing to put its wildest ideas into production. If the marque does decide to sell the track-only racer, we would expect the price tag to come in somewhere between the $5.1 million of the Pur Sport and the $7.6 million of the Divo. So, start saving, speed junkies.