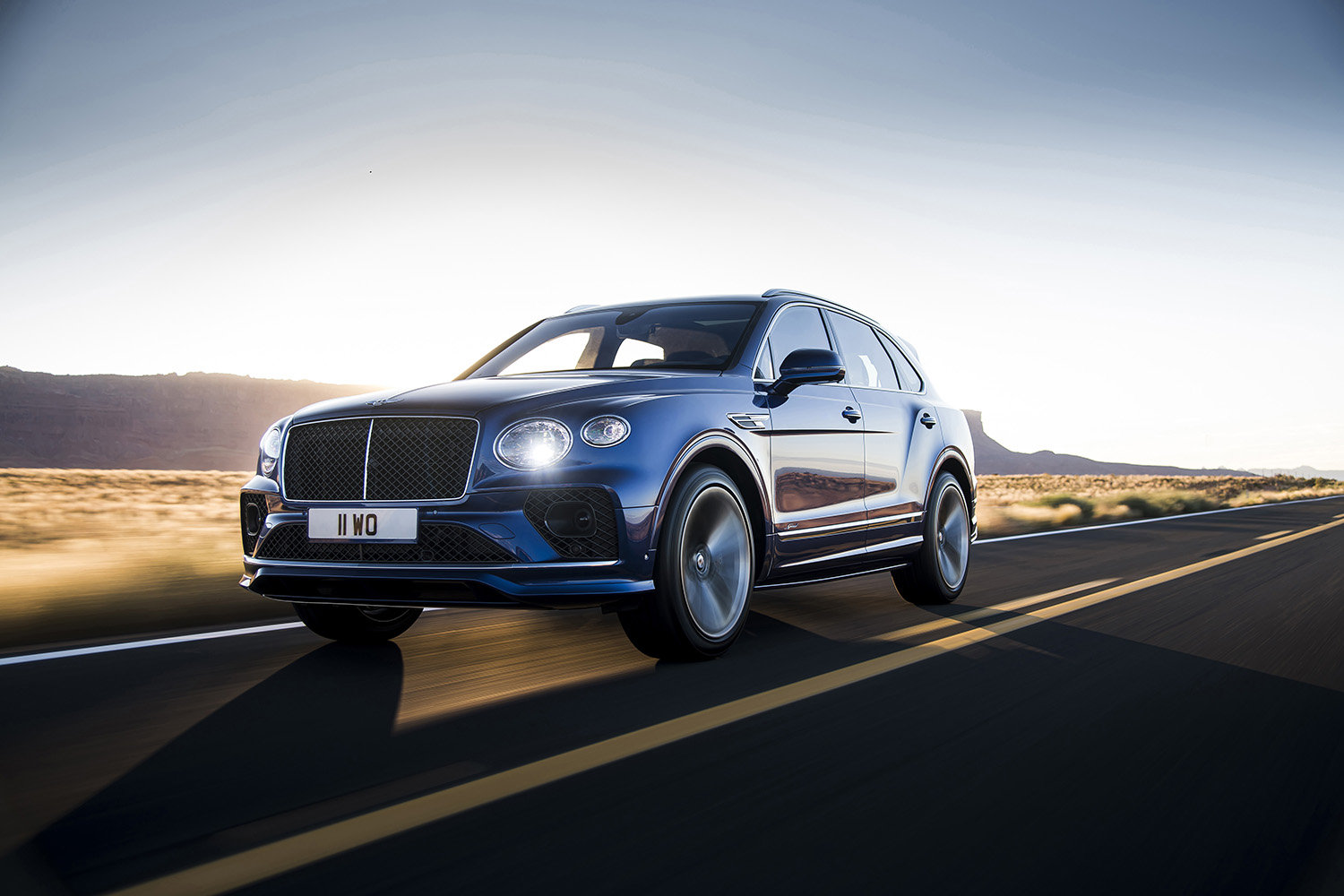 The new Bentayga Speed promises plenty of just that.

Any thoughts of the Bentayga as a lumbering SUV crushing the racing spirit of the Bentley Boys are further put to rest with the new Bentayga Speed.

Producing numbers once reserved for supercars requires reflective, ‘speedy’ design. And that means a sportier, cosmetic upgrade to the newly remodelled Bentayga, with bits of bodykit, including darkly tinted accents, unique front and rear bumpers and a spoiler that proudly states, ‘yes, this is indeed a performance vehicle’.

Further design elevation is offered via Bentley’s Black Specification. Here, all exterior chrome work is replaced with gloss back or carbon fibre – including the bodywork and the 22-inch Bentayga Speed wheels – while the roof spoiler is replaced with a curved carbon fibre version, giving the SUV a mean racing aesthetic.

Inside, it’s very much a Bentley – contrasting leathers that swipe around the doors and along the edges of the seat with a colour split that introduces Alcantara to the cabin.  Elsewhere, ‘Speed’ seat embroidery and included diamond quilting – usually reserved for the Mulliner Driving Spec – alongside discreet metal ‘Speed’ badging and a 10.9-inch touchscreen infotainment system.

“The new Bentayga has already raised the benchmark for luxury SUVs, against which all others are measured,” chimes Adrian Hallmark, Bentley’s Chairman and Chief Executive. “The new Bentayga Speed remains the fastest SUV in the world, but more than that, it’s also the most luxurious version for the new Bentayga.”

Despite all the grunt, the Bentayga Speed also appoints efficiency as a priority, the W12 engine boasting a sophisticated control unit that deactivates one bank of six cylinders as required, with the car utilising a ‘Sail’ mode for motorway cruising.

Release dates and pricing remain unconfirmed for now, through expect the 2021 model to set you back well beyond $550,000.