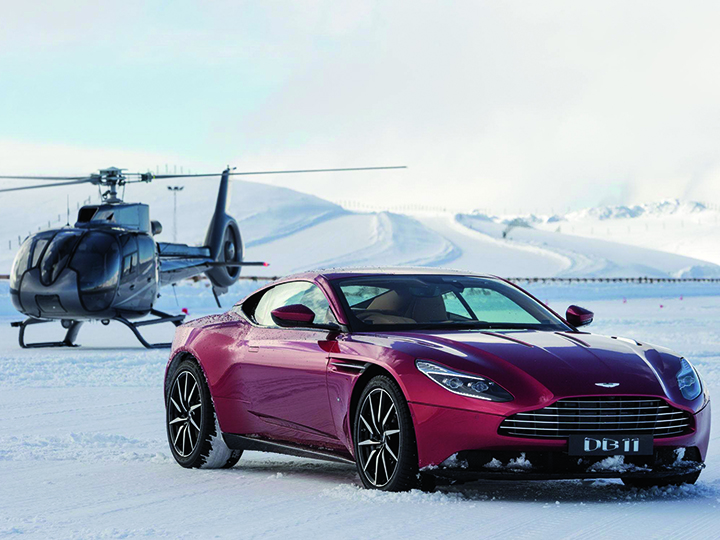 How to have a snowball of fun and get a grip on car control in slippery conditions.

Luxury car makers worked out long ago that nobody truly needs their products; plenty of ordinary brands offer quite adequate and considerably less expensive alternatives. Happily, that has prompted luxury brands to come up with ever more interesting ways for customers to more fully appreciate their purchases.

Among the many ‘brand experience’ options, snow and ice driving courses are proving surprisingly popular among Australian customers. For most, it’s an eye-widening adventure that goes well beyond the familiar boundaries of their driving abilities.

For the ice-skating cars, it’s something of a homecoming: in all probability, their pre-production forebears were tested and developed in precisely these conditions.

Each northern winter, several of the hard-frozen lakes across Swedish and Finnish Lapland and Canada’s Quebec and Ontario are overrun by car manufacturers and component suppliers. Models up to two years away from production will be tested for cold-weather performance and durability, and “low-mu” (low-friction) development of their advanced handling and electronic stability systems. Sweden’s Lake Hornavan, just 50 kilometres south of the Arctic Circle, is acknowledged as the epicentre of winter testing. It was pioneered by German electronics giant Bosch, which began developing its anti-lock braking system there in 1973. Today, the influx of engineers swells the population of the lakeside township of Arjeplog from around 3000 in summer to more than 6000 during winter.

You’d be surprised at the level of Australian participation: each year, typically two to three dozen AMG customers and perhaps twice as many Porsche owners take part in these European ice driving experiences, for which cars are naturally provided.

A low coefficient of friction means a higher level of fun. For performance-oriented drivers, balancing a sliding car with throttle and steering is akin to skiing a giant slalom. As a take-away, the vehicular physics on a low-mu surface translate directly to those on an unexpected patch of gravel or oil at highway speed.

Sweden seems a long way to go just to play in the snow, but until 2012, Australian drivers had no alternative. The scarcity of winter-testing venues in the southern hemisphere had long been a handicap to the automotive industry’s product development lead times.

Indeed, there exists only one such facility: the Southern Hemisphere Proving Ground in Cardrona, north-east of Queenstown, New Zealand. In contrast to Scandinavia’s open expanses of frozen lakes, the SHPG comprises just 14 small test pads resembling elongated golf greens, flattened into the rippled back of the Pisa mountain range.

Since its founding in the mid-’90s, the SHPG has been reliably booked solid from late June to late August by car makers. In 2009, BMW New Zealand claimed a handful of dates for its customer Alpine xDrive event. In 2012, Mercedes-Benz Australia did the same, and every August since, has hosted its one-day AMG Snow driving course there. This year, Aston Martin also straps on its skates and heads down under. Assembled in the AMG mountain-top lodge prior to the event, participants are cheerfully informed that losing control is very much on the day’s agenda. The fleet of cars have their suite of electronic stability aids disconnected and are shod with standard European snow tyres.

The driving exercises are designed to increase in difficulty as the day progresses, though most drivers will stumble at the very first: accelerating and stopping as quickly as possible on a snow surface. Most start off far too cautiously, but confidence grows as the size and speeds of the slalom-style challenges increase.

By lunchtime, engine notes bark and reverberate off the surrounding mountains as drivers throw roostertails of snow from furiously spinning rear wheels. With the cars rarely exceeding about 40km/h on the snow, even the most timid drivers learn to anticipate their cars’ movements, catching them with deft dabs of throttle and florid twirls of the steering wheel.

Venturing onto the prepared, polished ice surface serves to crack that confidence. The slightest over-application of throttle renders a driver helpless as the car pirouettes at its pleasure. “The top speed along here is about 6km/h,” Hackett said, “and you can be completely out of control.”

The afternoon’s exercises mimic the tight-course manoeuvres of motorkhana competition. Slalom and cloverleaf turns are designed to upset the car’s stability and force the driver to truly take charge. There’s an instructor for every two participants, and back-seat riding through all the exercises is absolutely encouraged. Anyway, it’s bloody freezing outside.