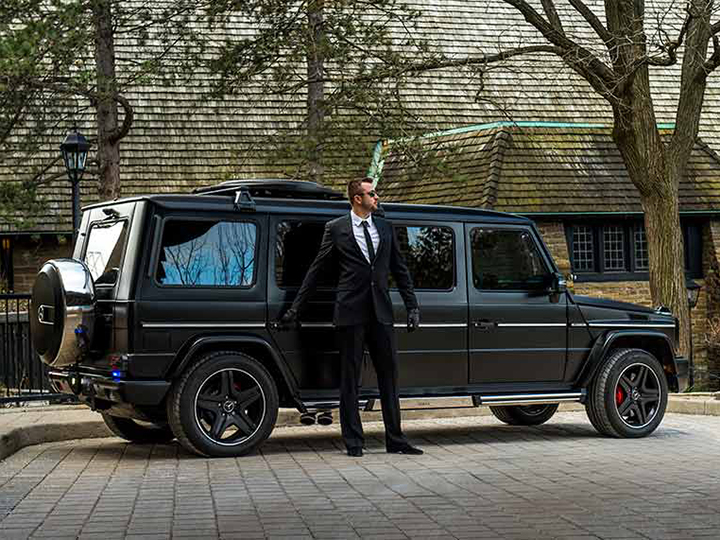 You don’t need to be presidential to drive a vehicle that looks ordinary on the outside, but is as safe as a bomb shelter.

Donald Trump’s new presidential limo will most likely make it away from a bad situation. Snapped over recent months in a special camouflage while it undergoes testing, the General Motors-built Cadillac car is likely armed against ballistic, bomb and chemical weapons attacks. That’s why it’s nicknamed The Beast.

But you don’t need to be presidential to drive a vehicle that looks ordinary on the outside, but is as safe as a bomb shelter. “Unfortunately the world is such that there is always demand for armoured vehicles,” says Roman Shimonov, vice president of marketing of Inkas, a specialist in building bomb- and bullet-proof cars based in Toronto, Canada.

Not that you will notice these cars on the roads. The trick is for an armoured car to hide its protection under a metaphorical bush. “From a security point of view, the car needs to blend in,” explains Mark Burton, founder and CEO of the Utah, US-based International Armoring Corporation, which has provided armoured cars to some 42 heads of state.

“There have been a number of attacks on cars where the assailant had no idea of their defensive measures. The measures are designed to allow the car to get away, which increases the chances of survival for the occupants considerably,” says Burton.

It’s one reason why run-flat tyres are now standard. It was only due to the stability of his Citroen DS and the brilliance of his driver that France’s president Charles de Gaulle was able to drive away from an assassination attempt that blew out all the tyres of his car in 1962. But other measures are ever more sophisticated. Although steel plating is more flexible, and as such easier to work with, stronger and lighter weight synthetic composite laminates (such as those developed by IAC) are coming to the fore.

And then there are a host of Bond-ian gadgets: concealed ramming buffers, radio jammers, integrated fire suppression systems, smoke grenade launchers and, among the most recent devices, a kind of radar that allows the driver to pinpoint where gunfire is coming from, and head away from it.

Not every car can undergo a facial lift

Not every car is suitable to be armoured though, since the chassis needs to be able to carry the additional weight without adversely affecting handling or over-stressing components. This is particularly the case for many modern, aluminium-chassis cars, which typically have to be reinforced before they can be armoured. The additional weight may be as much as 200kg, with a lot of that accounted for by windows up to 72mm thick.

“No car is designed to be armoured, so the procedure is always complex,” says Burton. “Adding all that weight but retaining the performance of a car designed to be light, so sometimes we have to talk a customer into having a different car armoured. We had one client who wanted his Tesla armoured. We encouraged him to have his Mercedes sedan done instead.”

Small wonder then that the industry is always exploring new technology to make a car more secure, as Leonard Yankelovich, of Riga, Latvia-based armoured vehicle builder Dartz Motorz, puts it, “The industry is a non-stop competition between bullet and armour and the bullet always wins. There are bullets that will go right through armour, but armour gives you a much better chance.”

Burton speaks of hopes for even harder, yet lighter glass, or of a time of spray-on armour, allowing cars to be delivered to customers that much faster. But he concedes that advances come slowly. “We’ve managed to get the same resistance in 1.5kg of composites as 6kg of steel, but that’s taken 25 years,” he says. “We’re always on the lookout for new materials to explore.” This runs contrary to the idea that an armoured car has to be discreet, as Yankelovich’s tend towards the imposingly macho.

“These are people in Russia and other BRIC countries who just really love cars. They already have everything and just want their car to have even more,” he says. “Often, they don’t need an armoured car. It’s more of a status thing for them.”

These customers might think differently about their purchases, however, should the bullets ever actually start flying.

In 2013, Nigerian politician Governor Kenneth Imansangbon’s IAC-built people-carrier came under attack from a barrage of rifle fire, as well as being rammed by an 18-wheeler. It was just one of the 350 attacks on IAC vehicles over the years. While the car was ultimately undriveable, all four of its occupants lived on.

“That’s what we’re most proud of,” says Burton. “That’s the real test of these vehicles – survival.”