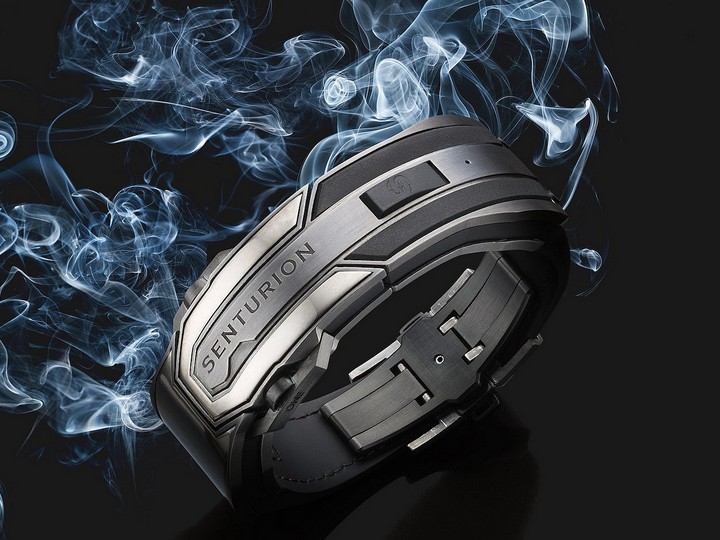 This is the world’s most exclusive and expensive car key

Only 56 people in the world will get to own the Senturion Key.

Seven is the magic number for Senturion Key. The British brand fashions just seven of these unique smart bracelets per edition. Billed as wearable tech that is marketed as an electronic supercar key, the RFID technology embedded in the bracelet enables wireless syncing with a whole other array of devices, including jewellery vaults, reinforced safes and billion-dollar mansions. But the cars — Senturion Key works with Ferrari, Bentley and Rolls-Royce among others — capture the imagination. Which is why Usain Bolt has been hired as ambassador. The collections consist of Racing, Lifestyle, Diamond and Meteorite lines. Standout pieces from each include Monaco (platinum, leather, titanium), St Barths (rose gold, blue carbon, titanium), Emperor (rose gold, black diamond, titanium) and Atlas (ancient meteorite, platinum). PRices start from £38,350 ($A57,100) and go up to £91,630 ($A136,450). The Meteorite collection is particularly interesting, as it contains shards of a meteorite and the unique Widmanstätten Etch pattern formed as the meteorite cools at zero Kelvin over millions of years in space.

The Senturion Key website is available in English, as well as Russian, Chinese and Arabic. Which is a nod to where its target market lies. Is there any chance that the production run could increase? Possibly in 2024, when the world’s population is expected to hit eight billion.