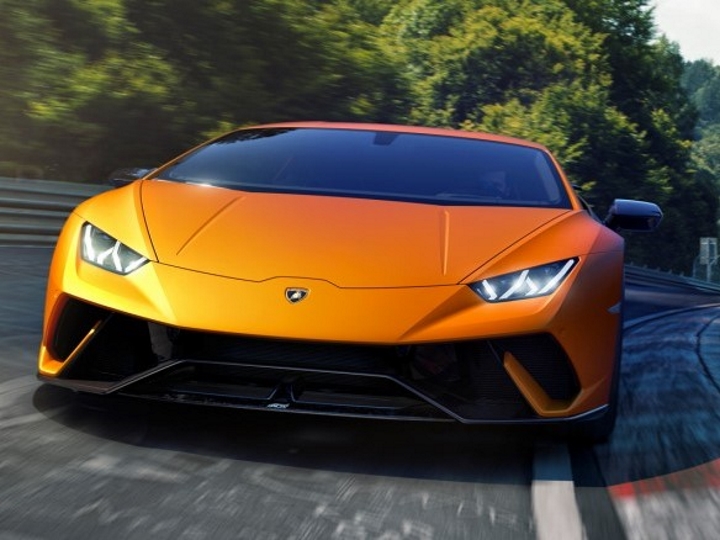 The top 10 debuts from the Geneva Motor Show

Supercars and eye-catching new body styles dominate the news from this year’s Salon International de l’Automobile in Geneva. Now in its 87th year, the motor show is known for its glamour and opulence, and has been a favorite venue for manufacturers to introduce their most significant new models. This year’s show, which runs through March 19 at the Palexpo, includes world premieres from Ferrari, Lamborghini, McLaren, Porsche, and more. Here are 10 of our favorites. For its 70th anniversary, Ferrari has introduced its most powerful road car. The 812 Superfast’s new naturally aspirated 6.5-litre V12 cranks out 588kW and 718Nm of torque, and 80 per cent of the peak torque is available at just 3500 rpm. With help from the 7-speed, dual-clutch gearbox, which sends all the power to the rear wheels, the engine enables a 0-100km/h time of 2.9 seconds. The car is also equipped with an improved version of Ferrari’s rear-wheel steering system, and it is the company’s first road car with electric power steering. The 812 Superfast is available in new red (Rosso 70 Anni) and grey (Grigio Caldo Opaco) exterior colours. The most powerful Huracán variant dashes from 0-100km/h in 2.9 seconds, thanks to a 477kW V10, lightweight construction, and race-bred aerodynamics. The 5.2-litre naturally aspirated engine features a new bronze manifold, titanium valves, and an improved air-intake system. The use of aluminum and carbon fibre for the frame, and forged composite for the hood, rear bumper, and rear spoiler shaves 40 kilograms off the car compared to other Huracán models. The electronically controlled rear wing uses a patented system to optimise downforce at high speeds. Just when we were getting used to the Panamera’s unconventional proportions, Porsche presents a wagon-like variant. First shown in concept form in 2012 at the Paris auto show, the Sport Turismo is scheduled to go on sale in the United States in November. The new shape allows for more cargo space and rear headroom and an optional rear centre seat. All-wheel drive is a standard feature, and engine choices range from the base version with 246kW to the turbo version with 410kW. This successor to 650S is the second model in McLaren’s Super Series, and it boasts lighter weight, better performance, and improved aerodynamics compared to its predecessor. The new 4.0-litre twin-turbocharged V8 engine produces 530kW and 770Nm of torque, enabling the 720S to match the 2.9-second 0-100km/h time of the Ferrari 812 Superfast and the Lamborghini Huracán Performante. A new carbon-fibre tub helps keep the dry weight of the 720S at only 1282 kilograms, and the revised suspension and chassis-control system improve the car’s handling compared to that of the 650S. As the world’s appetite for SUVs continues to grow, Range Rover introduces the midsize Velar, which is built on the same platform as the Jaguar F-Pace and fills the gap between the Evoque and the Sport. The Velar borrows many design elements from the LXR concept that was shown in 2008 in Geneva. It goes on sale in the second half of 2017 with a variety of engine choices, including a 283kW turbocharged V6 and a 184kW 4-cylinder powerplant. The open-top version of the Pagani Huayra weighs about 80 kilograms less than the coupe, thanks to a carbon-titanium tub and a lighter suspension. Its V12 bi-turbo engine, sourced from Mercedes-AMG, has been upgraded with better throttle response and 24 more kilowatts, raising the output to 570kW. Pagani offers two roofs options: a glass-and- carbon-fibre hardtop and an automatic fabric soft top. The company will build only 100 examples of the supercar, and each is already spoken for. Mercedes-AMG unveiled a concept for a four-door version of the GT model that already includes coupe and roadster variants. A potential rival for the Porsche Panamera and Aston Martin Rapide, the GT Concept is equipped with a plug-in hybrid powertrain that combines AMG’s 4.0-litre bi-turbo V8 with an electric motor to produce a total of 600kW and enable a 0-100km/h time of less than three seconds. It can be driven in an electric-only or petrol-only mode, or a hybrid mode. It’s a concept now, but expect to see a production version of this car soon. Porsche tuner Alois Ruf Jr turned heads in 1987 with the CTR “Yellowbird,” a heavily modified Porsche 911 with a bigger engine, enhanced aerodynamics, and an integrated roll cage. This year in Geneva, Ruf Automobile rolled out a tribute to that groundbreaking vehicle, the CTR 2017. Notably, the new rear-engine sports car isn’t built on a Porsche donor car; it was designed and engineered in-house by Ruf. Its 522kW 3.6-litre twin-turbo flat-six is paired with a 6-speed manual transmission — there’s no automatic-gearbox option. Ruf will build only 30 examples, each available in the company’s signature yellow. Bentley surprised the crowd at Geneva with its first-ever electric concept car. Based on the petrol-powered model of the same name, the EXP 12 Speed 6e features a mesh grille with a “6e” graphic that illuminates while the car is running and cameras that replace side-view mirrors. The interior is as plush as any Bentley. While the company isn’t saying whether it will build a production version of the EXP 12 Speed 6e, it did announce plans to offer electrified versions of select vehicles, beginning with the Bentayga in 2018. After years of rumours, Mercedes-Benz has finally unveiled its first-ever pickup truck. The X-Class can carry a one-tonne payload and has a towing capacity of 3.5 tonnes. The largest engine will be a 6-cylinder diesel. The company plans to offer a utility version of the pickup and a luxury version. Mercedes-Benz, which has already proven itself in the commercial arena with its Sprinter Vans, will launch the X-Class late this year.