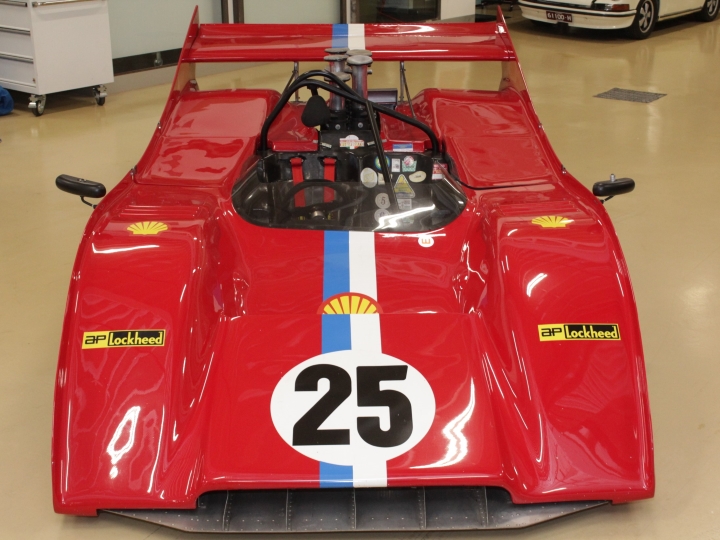 The biggest Mac can be yours

An example of the 1972 McLaren M8F, spawned from a fierce rivalry with Porsche in the legendary Can-Am racing series, is now up for sale in Melbourne.

The Canadian-American Challenge Cup for Group 7 sports cars, better known as Can-Am, ruled the motor sport world for nine short years, from 1966 to 1974. The secret to its success was a very slender rule book. Engine configurations and capacities, minimum weight, tyre widths – all were limited only by the racing engineers’ imaginations. Can-Am also coincided with a perfect storm of technological advances in lightweight materials, turbocharging, metallurgy, aerodynamics and tyres. The literally ground-shaking, brutally be-winged cars would ultimately be producing as much as 1000kW, placing Can-Am’s “big bangers” among the most powerful circuit-racing cars in history. Can-Am was the perfect playground for the brilliant New Zealand driver and engineer Bruce McLaren. Already established as a grand prix winner and racing car constructor, McLaren built his first dedicated Can-Am model in 1967. Over the next four seasons, McLaren and fellow Kiwi Denny Hulme turned Can-Am into the “Bruce and Denny Show”. McLaren himself was killed testing the team’s 1970 M8D, though his team pressed on to steamroller the 1970 and ’71 championships. For 1972, however, Can-Am – and the 8.0-litre McLarens – would be turned upside down by Porsche’s radical turbocharged 12-cylinder 917/10. McLaren’s response – too late, though in no sense too little – was the M8F, of which Dutton Garage in Melbourne (duttongarage.com) currently has for sale one of the most original of the 12 built. Chassis M8FP-72-06 was delivered new with an 8.1-litre, twin-turbocharged Chevrolet V8, capable of producing up to 970kW. Belgian driver Teddy Pilette, who raced the car in Can-Am’s European counterpart, Interserie, fittingly described the M8F as “terrific … that is to say, terrifyingly horrific”. The car is now fitted with a naturally aspirated 8.4-litre Chevrolet engine. Immaculately presented and fully credentialled for international historic racing, the McLaren M8F is valued at around $2 million.