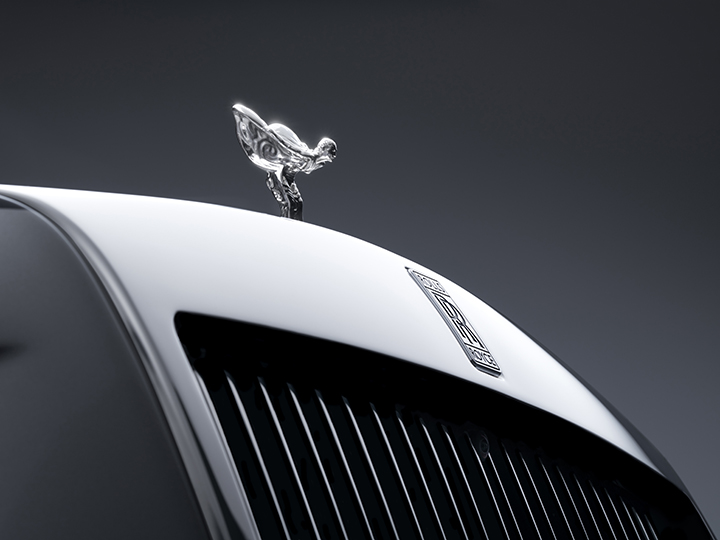 This British actor was no Phantom menace when it came to inspiration for designers of the luxury car flagship.

The face of veteran British actor Peter Cushing, who died in 1994, was famously re-animated using digital technology for the 2016 Star Wars film Rogue One.

Much less well-known is that Cushing’s distinctive, drawn features have also significantly infused the aura of Rolls-Royce’s new flagship Phantom.

A new Phantom is an event in itself, this being just the eighth generation since 1925. Such is the mythology and expectation around “the best car in the world”, it’s fair to say that a new Phantom is a milestone not only for Rolls-Royce, but in automotive history generally. Powered by a 6.75-litre, twin-turbocharged V12 engine, the new Phantom will begin Australian deliveries around the end of the first quarter of 2018, with prices starting at $950,000 in standard wheelbase and around $1.1m for the extended wheelbase.

With ever-evolving customer demographics, Rolls-Royce Design Director Giles Taylor and his team sought to convey in the new car the inevitable message of breeding and bearing, but also of a restrained approachability. And amid the workshopping of words like valour, creed, valiance and the names of British battleships, one human face seemed to encapsulate it all. “We picked [Cushing] as having that absolute lineage,” Taylor explained to Robb Report Australia at the Phantom’s recent global launch in Vitznau, Switzerland.

“There’s a visceral nature to his expression, the length of his nose, an incredible jaw – but we felt that you could go and have a chat with him. He’ll probably hold you at arm’s length for the evening, but you can talk to him, and he’ll impart sense of wisdom and perspective that comes from a very innate sense of being. Sylvester Stallone, Arnold Schwarzenegger, all these big machismo figures, they don’t have that.

“If there’s a difference between Phantom 7 and Phantom 8, it’s that we’ve softened off some of the stiffness,” Taylor added. “So curiously, it’s actually bigger, it’s taller, the front fascia is wider, and the lines are bigger – but they’ve got softer edges. So the charm factor’s just been dialled up.” Compared with even its immediate predecessor of 2003-’17, the new Phantom needs to offer an appeal to a younger customer, while not alienating the more traditional buyers.

The car is available in two lengths – the extended wheelbase version, at a whopping 5982mm overall, being 200mm longer than standard – which enjoy almost polar success in markets such as China and the Middle East, where chauffeurs pilot extended-wheelbase cars, and the US and Australia, where owner-drivers prefer standard length. Sales globally end up being roughly equal across the two versions. The new Phantom introduces an advanced chassis constructed from aluminium, the effort of which to rein in weight is almost completely negated by the extensive equipment and some 130kg of soundproofing that contribute to making this 2560/2610kg limousine almost certainly the quietest and most comfortable car ever produced.

And yet, owner-drivers will find it remarkably engaging from behind the wheel, with its control responsiveness combining with technological features like rear-wheel steering, to endow this most serenes of machines with a quite unexpected agility and enjoyability.

Look for a full exploration of the Rolls-Royce Phantom’s design, engineering and driving in Robb Report Australia magazine’s January-February 2018 issue.